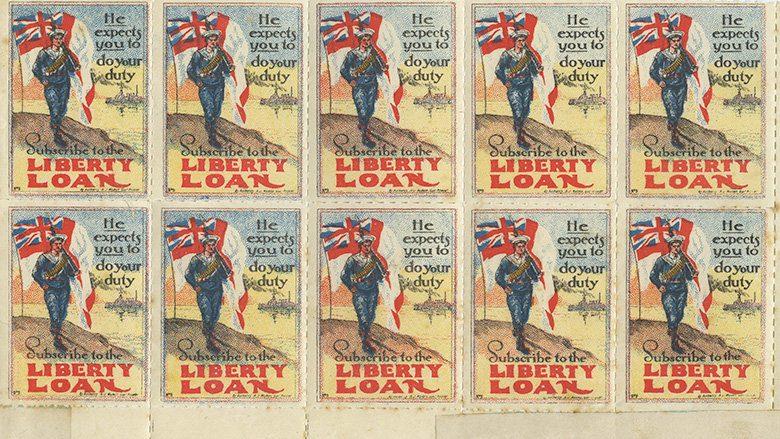 CBA at war: Financing the war

The Commonwealth Bank played a significant role in helping fund the war efforts, promoting fund-raising campaigns and advertising the bonds.

In a repeat of the efforts made in World War I, the Federal Government again turned to the Commonwealth Bank in its role as the country’s Central Bank to run the campaign to finance the second war.

Like the successful war and peace bonds launched 25 years earlier, 17 different type of loans were raised in WWII, with more than 1.16 billion pounds contributed from over 3.8 million applications from the public.

Included in this number were four Liberty Loans, four Victory Loans, and one Austerity Loan.

CBA was responsible for the advertising, publicity and financial management of the loans, while the Government drove the community push (or “back the attack” as the public campaign put it) which involved tally boards being erected in metropolitan areas that showed the amounts of money raised by individual suburbs.

While there was a focus on the collective - and therefore what people could do together - there was also an acceptance that the financial circumstances of individuals were vastly different and that they couldn’t make the same contribution as others to the war loans.

For lower income earners, the Government introduced National Savings Stamps and War Savings Certificates, the latter of which led to the formation of community war savings groups and pooling of individual contributions to buy larger amounts of the certificates.

Responsibility for producing the stamps and certificates lay with the bank’s Note Printing operation, which was hampered by the lack of paper and labour due to wartime restrictions. As a result, queues of subscribers built up in branches and at registries, and banking hours had to be extended to cope with the demand, putting additional strain on the staff. 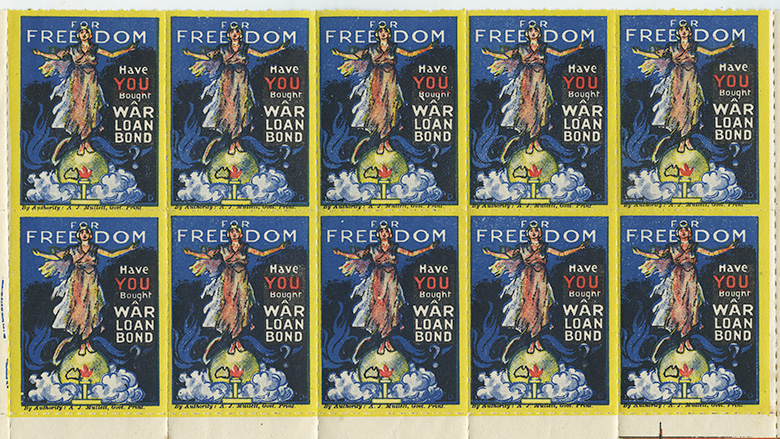 The bank also played an important part in promoting the fund-raising campaigns, just as it had done in the First World War. The famous “Moneybox” headquarters in Sydney’s Martin Place yet again was the backdrop for rallies and march-pasts, with huge banners festooned on the front of the building proclaiming slogans such as: “Make your money fight. Buy War Savings Certificates”.

Crowds of people would stand in the streets next to other banners with the words: “Back the Attack. Buy Liberty Bonds”.

And in carefully-staged managed events designed for the cameras (which would do latter-day PR campaigns proud), the Prime Minister, John Curtin, and the US forces commander in the Pacific, General Douglas Macarthur, were filmed buying war loans outside CBA’s offices in Melbourne.

Aside from helping to finance the war, the bank was also involved in more personal touches to support its own members of staff who were away on active service. 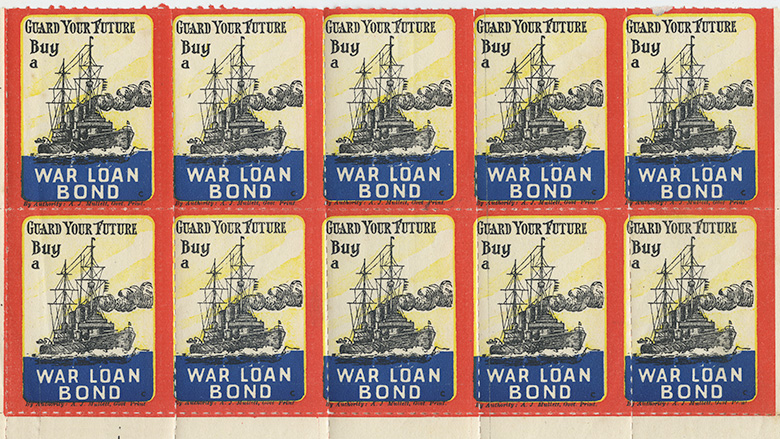 The Patriotic Fund was revived to help collect and send parcels of much-needed goods and items of comfort.

Staffers formed the Commonwealth Bank War Dressings Auxiliary, which sent bandages and dressings to all general hospitals in Australia, and from there to casualty clearing stations and hospital ships.

A special appeal was also undertaken to raise money to buy a mobile kitchen for use by the staff at London branch, a move which also included the despatch of food parcels. 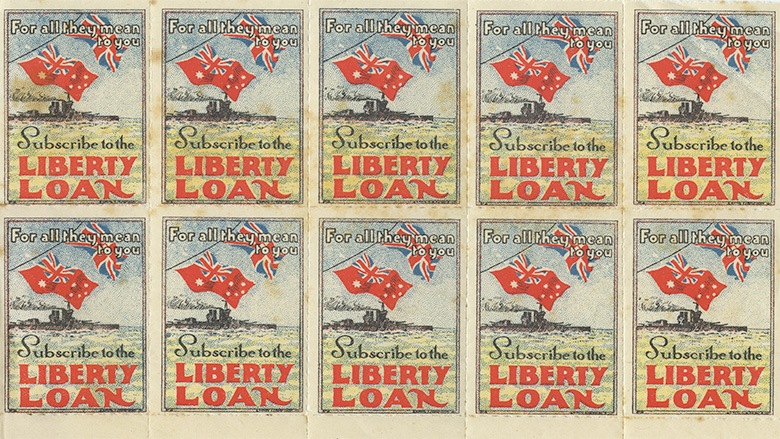 This story was sourced from “Filling the Loans”, one of a series of articles produced by the Reserve Bank of Australia to commemorate the role of CBA during World War Two. The RBA was created out of the Commonwealth Bank in 1960 to take on its central bank responsibilities. For more information go to: https://museum.rba.gov.au/exhibitions/make-your-money-fight/

Further research by Jaqui Lane, author of the latest draft history of the Commonwealth Bank.