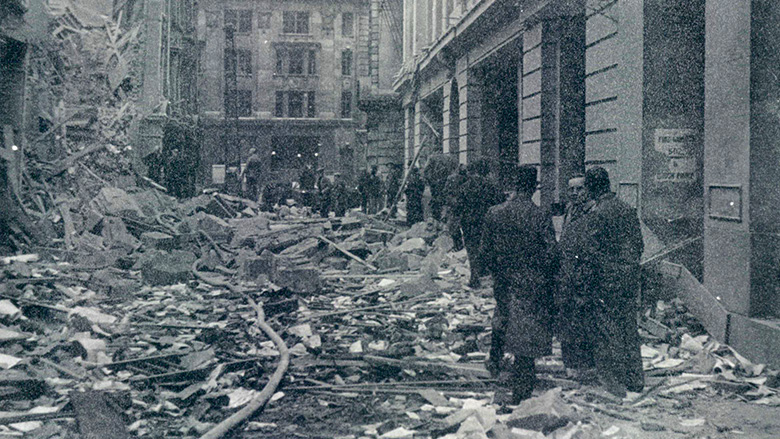 CBA at War: Did you know?

Commonwealth Bank played a significant role in supporting Australia as it navigated World War Two. By the end of the conflict in 1945 – the 75th anniversary of which we are commemorating today – this role had manifested itself in many different ways.

By Danny John and Jaqui Lane

As part of the Monetary Control regulations put in place by the Federal Government during the war, CBA – as the country’s Central Bank – was authorised to handle the country’s gold reserves. This meant that anyone in possession of gold had to deliver it to the Commonwealth Bank in return for a payment at a price fixed by the bank. This extended to gold processing with the Perth and Melbourne Mints (along with two other companies) both appointed as agents of the bank. The war years saw 7.1 million ounces of gold processed under this arrangement, the bulk of which was sent to America every four weeks to pay for war supplies.

When the Japanese bombed Pearl Harbour in December 1941, bringing the USA into the war, the shipping of gold overseas became more precarious so an arrangement was made with the Bank of England for the gold to be purchased and then stored in Australia until shipment became safer. As the Japanese pushed south towards Australia, the decision was made to move the country’s gold inland. The selected site was the Broken Hill jail, and in April 1942 - amid great secrecy - a special train manned by select CBA staff made the journey west.  Bank officers guarded the gold for three years when it was returned to Sydney in April 1945. This was the largest movement of gold in Australian history.

The shipping of gold was a dangerous exercise as underlined by the loss of the Niagara, which sank in June 1940 while transporting one of the bank’s consignments to the US. The Niagara went down in 428 feet of water in the middle of a minefield in Whangarei Harbour on the east coast of New Zealand’s North Island. The gold was worth a huge amount of money - 2.5 million pounds (140 million pounds, $255 million today) – so a salvage operation was amounted to recover the cargo. The exercise took 15 months to complete and the team salvaged 94 per cent of the gold in one of the most successful operations at the time.

Just as it had in WW1, CBA played a critical part in ensuring the country’s service people got paid. As part of its policy to take the bank to the people, agencies were established in military camps and operated by bank staff after their branches closed for the day with banking services provided at night. As the war went on, these services were taken over by the Post Office. But in bigger camps special branches of the CBA were opened. The bank also handled payment and transaction services for the US Forces of whom two and a half million service people passed through Brisbane alone during the war. 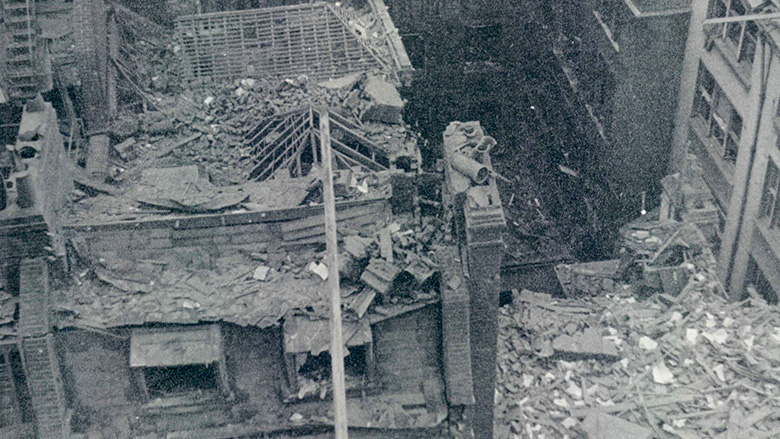 The bank was also represented on the high seas, with representatives as naval paymasters on board Australia’s ships. This was a dangerous job given the risk of vessels being lost, and when that happened, especially with the loss of life, the bank went to considerable efforts to track the next-of-kin of those killed to ensure they were paid what was owed to their loved ones. When the HMAS Perth was torpedoed and sunk by the Japanese on 1 March 1942 during the Battle of Sunda Strait with the loss of more than half of its 645 crew, the paymaster stored a duplicate set of the ship’s records in his “Mae West” lifebelt and guarded them throughout his three years as a prisoner of war. Put to work on the infamous Burma Railway, he buried the records to prevent them falling into the hands of Japanese captors. They were later recovered after he was liberated at the war’s end.

Given the spread of customers across the country, the bank went to extraordinary efforts to ensure they could do their banking. Travelling agents serviced different regions of Australia, especially in the Northern Territory. These agents worked in all kind of conditions and would often improvise to provide their services using, for example, an upturned oil drum or a packing case as their counter with a hurricane lamp as their light. The Territory was also the beneficiary of a mobile banking unit – basically an agent driving a utility van. When the vehicle arrived at its destination, the hinged side of the van was raised to show two openings covered in wire grille. Two tellers could operate from these openings with a writing slope lowered and a Commonwealth Bank sign hung up on the side.  The mobile banking unit did brisk business: in one period alone it travelled 2,200 miles, accepted 56,000 pounds in deposits and handled 4,318 transactions. 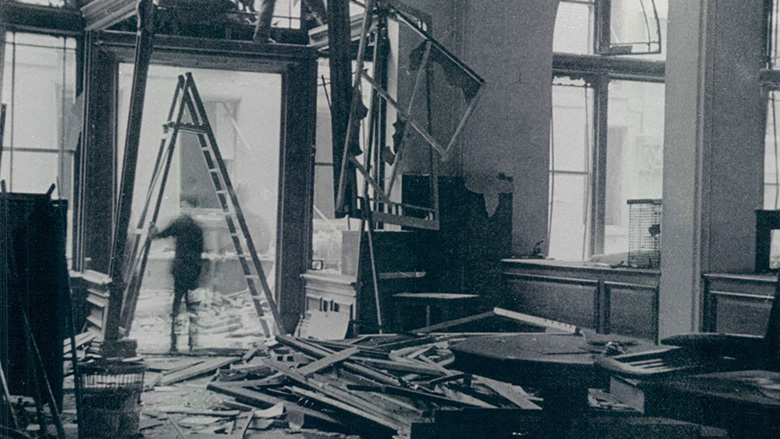 The bank’s staff founded themselves in harm’s way in different forms on the front line. One such dangerous posting was the London office located in the historic and financial heart of the City at 8 Old Jewry. At the height of the Battle of Britain in 1940, the staff endured - along with Londoners - 57 nights of bombing. Many of them were members of the City Fire Guard tasked with the responsibility of protecting the area around the Old Jewry. The CBA office luckily avoided a direct hit but was damaged on several occasions.  The bank also helped out its fellow Antipodean institutions, offering space at 8 Old Jewry to both the Bank of New South Wales and the Bank of New Zealand when their offices were bombed out. Later in the war, the Old Jewry building was damaged by a flying bomb that landed across the road. One of the bank’s officers reported: “Debris lay a foot or two thick on the floor, a sprawling mess of glass, plaster, splintered woodwork, blackout curtains, stationery and office equipment….The metal window frames were twisted, the doors and windows had disappeared and through yawning gaps dust swirled.” The basement of the building was used to conduct banking services until the upstairs was repaired and cleaned up.

Jaqui Lane is the author of the latest official history of the Commonwealth Bank.

These stories are edited highlights from the chapter of the CBA’s role in World War Two.