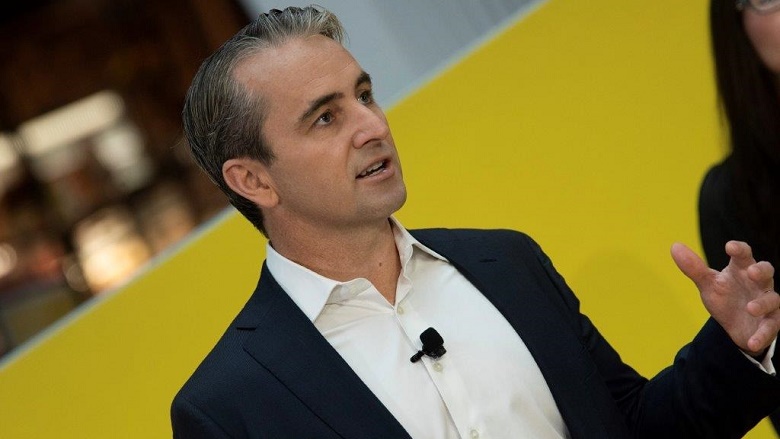 In his keynote address at the Australia-Israel Chamber of Commerce today, CBA CEO said the bank would continue to play an important role in supporting customers and communities.

As the economy gets set to enter a period of likely growth, Commonwealth Bank of Australia’s Chief Executive Officer, Matt Comyn, has today highlighted the steps the bank is taking to deliver against its purpose of ‘building a brighter future for all’.

Since the start of the pandemic, Mr Comyn said the bank had actively looked for ways to improve and evolve its support for all customers, specifically small businesses.

Most recently, the bank added more than 400 business bankers, hosted a series of small business specific seminars, and significantly grew its business lending – which is currently growing approximately twice as fast as market.

In addition to the bank’s on-the-ground support for small businesses, Mr Comyn spoke about CBA's new smart payment terminals – that have the ability to connect a range of apps and services – as well the the bank's loan deferral program.

Further, Mr Comyn said the bank’s range of digital advancements throughout the pandemic have helped deliver greater support to small businesses, including the launch of BizExpress.

According to Mr Comyn, embracing technology is a key priority for the bank, as customers increasingly seek out best-in-class digital experiences.

To this end, the bank has – in recent years – rolled out a number of new digital features and formed strategic partnerships with leading fintechs to help deliver real value to customers.

Through the bank’s partnerships with More Telecom and Amber Electric, customers are able to access the lowest cost NBN as well as wholesale prices for electricity.

Further, the bank’s Benefits finder feature within the CommBank App – which was officially rolled out in September 2019 – has helped customers access more than $500 million in government rebates and grants.

And Benefits finder isn’t the only feature in the CommBank app delivering benefits to customers.

In addressing the bank’s commitment to transitioning to a lower carbon economy, Mr Comyn spoke of the new feature the bank is currently piloting that will allow customers to understand their own emissions and take action to reduce or offset them.

He also spoke of the new four-year climate research program that the bank has just established with researchers from Harvard.

In closing out his address, Mr Comyn said he sees a “bright future for all” – one that is more digital, lower carbon, and powered by small businesses.

"We are in such a fortunate position to be the trusted financial partner in the lives of so many people and businesses," Mr Comyn told attendees.

"This is an incredible privilege and one that we will never take for granted. We recognise it is incumbent on us to earn that trust on a daily basis.

"Our scale puts us in the unique position to play an important role in supporting the country through the bad times, but also being a structural accelerant in the better times."