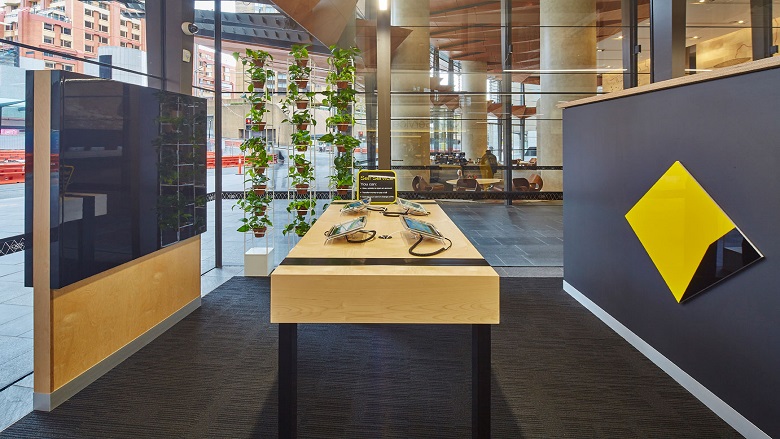 For the second year in a row, Commonwealth Bank has been named Australia’s most sustainable company on the G100 Sustainability Index.

CBA was once again named Australia’s most sustainable business, and ranked sixth most sustainable company in the world, on the Index which was announced this morning at the World Economic Forum in Davos, Switzerland. The G100 Index considers a broad range of sustainable business factors including how organisations balance environmental, social and governance performance while delivering superior returns to investors.

“Through eight initiatives we have set clear targets that help us transparently report on our progress, and we’re already seeing some strong results.

“We’re delighted that our innovative and sustainable approach to business has again been recognised by the G100 and we will continue to lead by example in the year ahead.”

Some of the results considered by the G100 Index in identifying CBA as Australia’s most sustainable company are outlined below.

CBA returned more than 75 per cent of its profits to more than 800,000 Australians who hold CBA shares directly, and millions more who hold them through superannuation funds.

CBA’s Financial Toolkit, created to assist customers with planning, saving and budgeting, has been used by 240,000 customers since its launch.

CBA’s ‘Elevate’ Reconciliation Action Plan outlines the Group’s ambition to have at least three per cent of its workforce comprised of Aboriginal and Torres Strait Islander Australians by 2026.

During 2016 CBA and Bankwest reduced their combined domestic Scope 1 and 2 carbon emissions by 7,213 tCO2-e, equivalent to taking 1500 cars off the road for a year.

CBA’s lending exposure to renewable energy reached $2.2 billion by the end of the 2016 financial year representing a year-on-year improvement of 63 per cent.

CBA announced it will install solar panels on the rooftops of 30 branches by the end of June 2017, as part of its new onsite renewables program.

The G100 is an index of the world’s most sustainable companies. The index commenced in 2005 and is available on Bloomberg under the ticker <CKG100 Index> and on Reuters under the ticker <CKG100>.  Inclusion in the index is assessed by Corporate Knights and announced annually at the World Economic Forum in Davos. Companies are scored on priority Key Performance Indicators (KPIs) for their particular industry. The 10 KPIs applicable to banks are: Energy Productivity, Carbon Productivity, Water Productivity, Waste Productivity, Percentage Tax Paid, CEO to Average Worker Pay, Pension Fund Status, Employee Turnover, Leadership Diversity, and Clean Capitalism Pay Link.