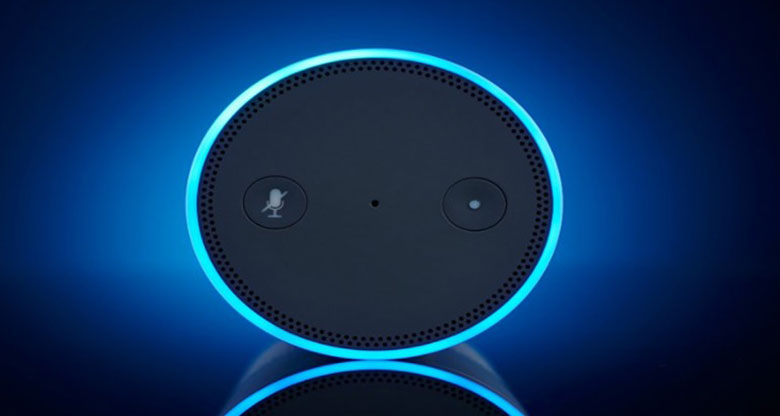 'Be like Jeff' – How to lead in a digital world

The following article has been prepared by Business Insider in partnership with the Commonwealth Bank of Australia.

It’s widely recognised that the customer is at the heart of business sustainability in the digital age. Arguably no business has either executed on that strategy better nor harnessed the tools of technology more effectively than Jeff Bezos’ Amazon.

What’s less widely known however is that Bezos identified his strategy and how he would achieve it more than two decades ago when he started Amazon.

In his first shareholder letter in 1997 (when Amazon had just 147.8 million in sales) Bezos wrote:

“This is Day 1 for the Internet and, if we execute well, for Amazon.com. Today, online commerce saves customers money and precious time. Tomorrow, through personalization, online commerce will accelerate the very process of discovery. Amazon.com uses the Internet to create real value for its customers and, by doing so, hopes to create an enduring franchise, even in established and large markets… Our goal is to move quickly to solidify and extend our current position while we begin to pursue the online commerce opportunities in other areas. We see substantial opportunity in the large markets we are targeting. This strategy is not without risk; it requires serious investment and crisp execution against established franchise leaders… It’s All About the Long Term.”

There is your digital strategy right there. Over the ensuing 20+ years Bezos and Amazon has relentlessly pursued this strategy. If you want to succeed in a digital world, be like Jeff.

How to lead the change

Everyone can’t be like Jeff Bezos and Amazon. Get used to it. But boards, CEO’s, the c-suite more broadly do need to change in order to digitise with successful business outcomes.

This is particularly the case when it comes to the legacy corporate and business structures under which most companies still exist.

Until technology enabled the arrival and success of business disruptors over the past 10 or 20 years the traditional leadership model for business was that of command and control. Power resided with the Board and CEO and devolved from there throughout the C-suite, through their reports, and down throughout the hierarchy of the organisation to the lowest rungs of the organisational structure. Those at the coal-face, talking to customers, interacting with competition and the market were largely excluded and disconnected from the seat of power, decision making, and strategy setting.

This hierarchical structure is a legacy of past times and past practice and should be relegated to the dustbin of history. It needs to change for a company to become truly digital.

Yet it’s not just a digital phenomenon. This is increasingly just about entrepreneurialism in the modern age.

The analysts who saw it all coming

Writing in 2006, Ken Dovey, director of the Information Technology Management Program at the University of Technology in Sydney and Bryan Fenech, a director of Panthalassa Consulting, investigated what they called the “role of enterprise logic” in stifling innovation.

Enterprise logic, the authors say is, “a legacy from the era of industrial capitalism, is underpinned by a functional hierarchical structure… that promotes rationalism and inhibits personal engagement in organisational life”. They further explain this “functional hierarchical structure – that underpins the prevailing enterprise logic and is still a characteristic of most large organisations – has embedded in it the strategic intention of managerial control”.

This is anathema to the authors of a piece that was written even before the overwhelming change induced by the smartphone because it “effectively prevents the execution of innovative competitive strategies based upon the generation and leveraging of crucial intangible capital resources.”

The result, they say, “is the need for leaders to envision and develop a form of enterprise logic that is predicated on new structural forms that encompass the principles of co-ownership, lateral power relations, and distributed power bases”.

It’s staggering that in a piece written two years before the release of the iPhone, Dovey and Fenech neatly summed up the change that leaders need to make as they seek to transform their businesses into digital beings.

Bain and Company partner Laurent-Pierre Baculard and his colleagues highlight the changes that leaders need to make and note the urgency of it: that digital is not a wave that will pass, but a surge which is picking up intensity as technology evolves.

“Many describe digital innovation as a wave, which implies that once it passes, everything will resolve to a new normal. But we see it as a tide that is in constant and powerful flux. Hyperconnectivity; massive, cloud-based computing power; streams of data tamed by predictive analytics—all are colliding with trillions in investment capital to produce a new era for business, characterized by constant innovation, the prevalence of predictive analytics and dramatically accelerating cycle times,” they wrote.

That would easily overwhelm a centralised command-and-control structure and thus reinforces the logic for the kind of changed enterprise logic a must have for a successful digital transition.

Baculard and his colleagues highlight an environment in which “speed—which has long been something of a holy grail for the leaders of large companies—is no longer a nice-to-have, but an essential capability that will separate winners from losers” (our emphasis).

This needs to manifest in an acceleration of “the deployment of digitally powered processes, customer experiences, and ways of working across global organisation’s and teams.” the authors note.

Pointedly for business owners, boards, and the C-suite, Baculard and his colleagues believe that “if creating a platform for digital evolution is not among a CEOs’ top two priorities over the next two to three years, his or her company runs the risk of being dramatically displaced in its own industry”.

The authors say a company needs to be adaptable, and must be “close enough to market to detect when change is essential and agile enough to respond fast with the most competitive solution”.

Clearly the ability to do that and at scale and speed will depend on organisational size and capabilities. But as a core competency, knowing the market well enough to see change coming and then adapting and preparing for that is now critical skill any business owner, leader, or manager must have.

Business owners and managers have known this for generations, so there is nothing new in learning the ability to adapt. But in this new world, there are specific things that leaders need to learn to do, as outlined by Bain & Co.

“In our experience across many companies in several industries, real and practical digital transition combines managerial practices that leadership teams have examined for years, but have rarely implemented in full: frontline empowerment, organisational flexibility, cross-functional collaboration, decision-making based on quantitative analysis, linking strategy to execution and adapting continually. In a digital world, these capabilities form the composite set of must-have skills. Developing those skills is a journey involving the entire organisation, to build a new, more adaptable management model,” they wrote (our emphasis).

Command and control is from the past. But the change this new future entails could be significant for many, so Baculard and his colleagues say, “the most advanced leadership teams break the challenge into a series of manageable steps”.

Here’s where we talk about what you can really do on a daily basis.

Leading for success in digital

Time to look at partners at McKinsey: Tanguy Catlin, Jay Scanlan, and Paul Willmott wrote in Raising your Digital Quotient, that after “an in-depth diagnostic survey of 150 companies around the world” their analysis “of the digital performance of major corporations points to four lessons in which we have increasing confidence”.

This, Catlin and his colleagues say, will provide the road map and the management mindset to go with it because without it, “there’s a real danger of traveling in the wrong direction, traveling too slowly in the right one, or not moving forward at all”.

What are the common traits of digital leaders who can achieve business transformation to or facilitate progression as the business matures its business model and faces inevitable changes?

Gerald C. (Jerry) Kane, a professor of information systems at the Carroll School of Management at Boston College, writing in the MIT Sloan Management Review, he said “strong digital leaders are very much in demand”.

Kane said he’d conducted research which “asked more than 4,300 global executives whether their organisations need to find new leaders to succeed in the digital age”. The results, Kane said, showed that, “68% indicate that their organisation does, in fact, need new leadership to compete. Even more striking, there is surprisingly little variance across maturity categories for these responses: 77% of respondents from early-stage companies report that they need new leaders, as do 55% of respondents from maturing companies. On the whole, more than half of digitally maturing companies still say they lack strong leadership,” (our emphasis).

He said “finding and developing the right talent is truly difficult” as leaders “constantly face new challenges and must adapt both the organisation and their leadership style to this new environment”.

Consequently, “successfully meeting these challenges requires new skills and capabilities that leaders have not needed in the past”.

But he did highlight four common traits executives “wished leaders had more of to help their organisations navigate digital trends”, based on a survey of more than 4000 executives. The survey found executives want digital leaders to:

It’s no coincidence these traits are consistent with challenge companies face in the journey through digitisation and the successful setting and execution of a strategy in the digital age.