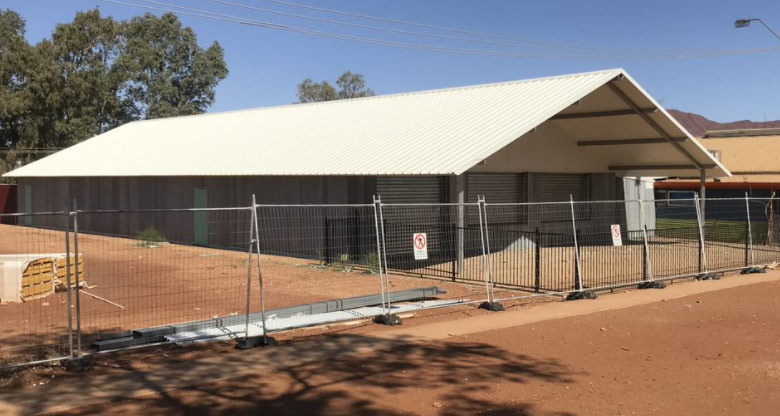 With help from CommBank, one not-for-profit is helping make a difference to the health and wellbeing of Indigenous people in remote South Australian communities.

The Mai Wiru Regional Stores Council Aboriginal Corporation (MWRSCAC) is an unfunded not for profit organisation.

Mai Wiru means ‘good food’ in the Indigenous Pitjantjatjara language. With the support from Commonwealth Bank, the organisation is helping make a difference to the health and wellbeing of Indigenous people in remote South Australian communities.

The role of MWRSCAC is to provide good quality, nutritious food to the communities of the APY Lands in SA and NT regions, at the lowest possible prices. They currently operate nine retail stores across the APY Lands SA and the NT, along with an Indigenous hospitality business in South Australia.

CEO Dennis Bate says the links between the provision of adequate supplies of food, and the health of Aboriginal people in remote communities in Australia are well documented. In 1988, a cost-of-living study showed that many Anangu (Aboriginal) families were without any food for up to three days per week, surviving on sugary tea and damper because they could not afford to buy sufficient food.

The Mai Wiru Regional Stores Policy was developed in 2000 – 2001 as a participatory planning project carried out by Nganampa Health Council and Ngaanyatjarra Pitjantjatjara Yankunytjatara Women’s Council, in conjunction with APY, and all Aboriginal Communities on the APY Lands. The policy was signed off by all community councils and regional organisations in 2003.

However, there is still much work to be done to ensure that Aboriginal people on the APY Lands and in remote communities can access healthy affordable food in their local store every day.

“After 17 years, Mai Wiru still plays a pivotal role in the health and wellbeing of the Indigenous people it serves.” Mr Bate says.

Across all Mai Wiru stores prices are subsidized for fruit, vegetables, baby needs, and some meat cuts. In some cases, essential health foods such as fruit and vegetables are sold at landed cost.

Mai Wiru had to change the way it did business to create extra income streams to support its nutrition policy.

In 2014, Mai Wiru started its own weekly freight service to the APY Lands to maintain cold chain integrity. The service sometimes runs six trailers of food and goods for the stores and service providers. This helps the stores as the cost of freight has been reduced, while the revenue collected for the freight allows Mai Wiru to reduce prices on core lines. In 2019, Mai Wiru opened a general merchandise mainstream store and is now developing a wholesale arm so other communities can purchase cheaper variety items.

As a non-funded organisation, Mai Wiru struggles to keep its older stores maintained. Some are in need of major repairs. Some have been eaten away by termites or affected by constant flooding which has ruined the integrity of the building structure.

The Amata store is one of those in this category. If the Store were to close it would have a devastating impact on the 500 people who depend on it so the Amata Community Store saved for many years to construct a new building.

“We were able to save half the total needed, and Dennis says the only way forward was to try and obtain a loan to complete the new build.”

CommBank’s team went out of its way to help secure the funding needed to rebuild the Amata Store, with Executive Manager, Marlon Saunders and Relationship Executive, Jessica Lush taking the time to visit the community personally to get a real understanding of how Mai Wiru operates.

“The ownership structure of Mai Wiru is complex with a mixture of stores owned and/or managed by the organisation which changes the way surplus money is distributed. We also needed to navigate traditional owner land rights given the inability to take a mortgage over the end asset and then assess the value of the project build cost being so remote – all in the midst of Covid-19 restrictions” Jess says.

“Although it was a complicated process to gain the level of deep understanding required to lend responsibly, the entire CommBank team was committed to working through it because we recognised what an important part of the community the Amata store is. It is much more than just a store; it’s integral to the health and success of the community in Amata and people rely on it.”

Marlon and Jess worked closely with Dennis and his team, supported by CommBank’s Head of Indigenous Business Banking Noel Prakash, to understand how the freight, wholesale and retail parts of the operation fit together in delivering Mai Wiru’s mission of improving the health and well-being of Indigenous communities by ensuring continuous access to nutritious and affordable food and essential items.

With funding now approved, Mai Wiru is looking forward to delivering the community of Amata a new store which will be almost three times larger in size, more secure and able to offer a wider range of products.

If there's an opportunity you want to explore, talk to a CommBank Regional and Agribusiness Specialist today.

This article represents opinions and views of the customer's personal experiences only and has been prepared without considering your objectives, financial situation or needs. Before acting on this information, consider its appropriateness to your circumstances. Commonwealth Bank of Australia ABN 48 123 123 124.