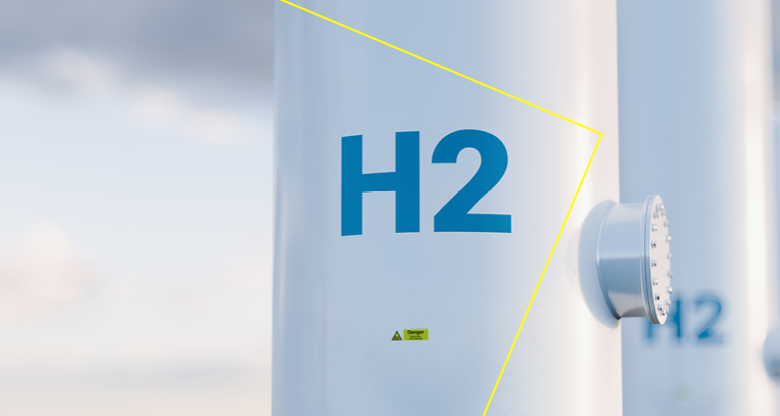 Fuelling the future with green hydrogen

Green hydrogen is an important fuel of the future to assist in the transition to net zero emissions. Australia has the potential to be a leading producer if it moves quickly and invests in the infrastructure required to produce at scale.

As the world strives to curb the pace of global warming, green hydrogen is emerging as a viable option to fossil fuel.

Australia has the potential to be a green hydrogen powerhouse, says Vivek Dhar, Commonwealth Bank’s Mining and Energy Strategist, with the world’s highest solar coverage1, some of the planet’s best wind resources2 and a fast-growing renewable energy sector3.

“Australia has fantastic competitive, or natural advantage, in the space,” said Underhill. “We've got the renewable energy. We're close to some of our markets. And the states are each really driving strong hydrogen strategies that are enabling uptake and investment in hydrogen"

From haulage and shipping to green steel

Underhill said the most likely immediate application for green hydrogen is to replace diesel for heavy transport, followed by the production of ammonia as a fuel for shipping. Yet it also has the potential to transform industrial processes and enable the production of green iron and steel – a possibility Fortescue Future Industries is already exploring.

“We've recently successfully produced a high-purity green iron at lower temperatures – a significant milestone for the decarbonisation of Fortescue Metals Group,” Underhill said. “Our near-term aim is to design and develop a semi-industrial scale plant capable of producing about 100kg of iron a day to prove it’s possible and to understand its scalability and cost.”

As the world moves to de-carbonise, Underhill believes green steel and iron will be a premium product and an export industry in which Australia can secure a leading position, rather than simply shipping iron ore as a base commodity.

What does Australia need to do to transform into a hydrogen superpower? Underhill said significant investment in infrastructure is essential to ensure hydrogen generation can happen at an industrial scale. To attract investors, she said policy and regulation that supports low-carbon green technologies were crucial.

“Of the $20 billion spent on importing diesel over the last financial year, $8 billion went on a diesel subsidy through the fuel tax credit,” Underhill explained. “We need to make sure that we are encouraging people to make the change and it’s a level playing field.”

Underhill said customers will need to be sure the hydrogen they buy is sourced from renewable energy and is going to contribute to decarbonising the world's energy and industrial systems. To this end, Fortescue founder Andrew Forrest attended the recent UN Climate Change Conference, COP26, as part of an effort to promote a global accreditation scheme for green hydrogen.

Building an export base for green hydrogen

Dr Neil Thompson is Adjunct Associate Professor at QUT’s Centre for Clean Energy Technologies. He told the conference that the scalability of hydrogen creates opportunities for Australia to rapidly develop a sizeable export industry, in parallel with the establishment of a domestic market.

“The modular and scalable nature of the various hydrogen production technologies allows us to scale major projects initially to domestic demand, for heavy mobility and off-grid power as priorities, then scale up by a factor of 10 to 100 times in parallel with the signing of major export agreements,” he said. “So I think that's really where we should look to go.”

By building a domestic green hydrogen supply chain in parallel to export markets, Dr Thompson said Australia could avoid some of the challenges experienced by the liquid natural gas (LNG) industry – including infrastructure duplication and unsustainable wage and property price growth in export hubs.

“It can also address growing domestic issues, such as fuel security, and loss of GDP and jobs as coal exports decrease and coal-fired power stations close,” he said.

“There are not enough renewables in Germany to decarbonise their industry, so they're looking at this opportunity to deal with us as a major proven exporter of energy and reliable supply of green hydrogen to their projects,” Dr Thompson said.

Underhill and Dr Thompson agreed that investment in hydrogen technologies is set to accelerate, supported by state and federal governments, international cooperation, and the private sector.

“There’s the potential for tens and hundreds of billions of dollars of investment right along the supply chain,” said Underhill.

“There is a true sense of purpose behind moving to renewable hydrogen in particular – where we know the world is warming as a result of our choices,” Underhill said. ”We need to have this up and at scale in the next 10 years to have an impact on the planet's warming, so we can't fall back on our old competitive tropes. We need to be open and learn from each other.”

You can watch this panel discussion and for more information on the economy, technology and sustainability head to CommBank Foresight, insights for future-facing businesses.

Vivek has been CommBank’s leading strategist in mining and commodities since 2014, and was an analyst at the bank before that. He joined CommBank from Deutsche Bank and Siemens where he interned after graduating from the University of Melbourne with a Bachelor of Engineering (Electrical) and Bachelor of Commerce (Finance and Economics).

After twenty years working around the world in oil and gas, Felicity has focused on hydrogen since 2018, most recently as General Manager, Future Fuels at Origin Energy, and is Director and Deputy Chair of the Australian Hydrogen Council. She has a history of developing and delivering strategies across new industry development, major organisational transformation and innovation.

Felicity will bring the lessons learned in working in over twenty-five countries during her career with Shell as well as more recent experience in the establishment of the LNG industry in Queensland.

In particular, her style of moving quickly, creating strong relationships and high performing teams will be a key enabler for FFI’s green hydrogen ambitions in Australia.

Neil has undertaken award-winning research at QUT Australia and KIT Germany in his role as Adjunct Associate Professor with the Centre for Clean Energy Technologies and Practices. His work in the field of integrated hydrogen energy systems has been regularly published in the USA and Europe leading to his recent appointment as Managing Director of ITM Power Pty Ltd and Director Sales & Business Development for the ITM Linde Electrolysis (ILE) JV APAC. Since then he has developed a number of local reference sites for ITM’s rapid response PEM electrolysers across the clean fuel, industrial chemistry, and energy storage sectors in partnership with key local and international clients via Linde Engineering’s EPC capability.