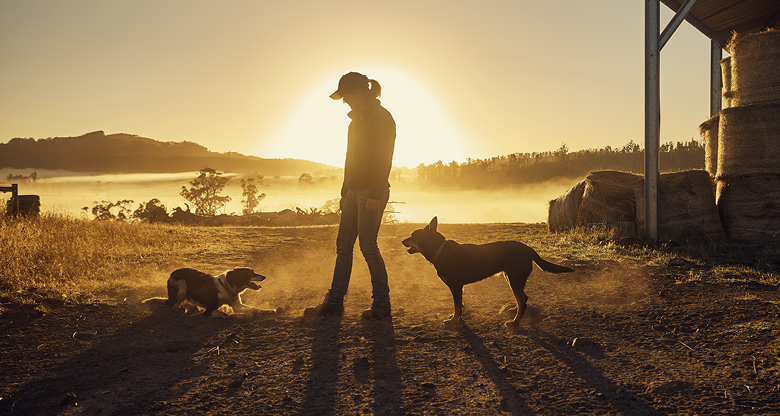 Regional Australia has outperformed some state capitals over the period of the pandemic in several key economic metrics and Commonwealth Bank economists forecast the trend to continue in 2021.

“We put that down to a couple of key factors,” said Nicolas Guesnon, Associate Economist, CBA Global Economic & Markets Research. “One of the biggest factors is the shift to working from home, which has meant households are able to participate in the metropolitan labour force without having to commute long distances into the capital city to work.

“Also, the effect of the severe lockdowns in metropolitan areas, particularly in Melbourne, has likely decreased the desire of many households to live in built-up, high-density areas. That could be due to health concerns or lifestyle decisions.

CBA’s migration data shows a noticeable fall in the number of people moving to the capital cities from rural areas over the three quarters to Q3 2020. Net outflows from state capitals have been larger than normal.

That fall in movement towards the capital cities has supported the outperformance of consumer spending in regional Australia. Shutdowns have impacted capital cities harder than their regional counterparts, particularly Greater Melbourne. (CBA’s spending data in regional areas only captures customers who have changed their residential address to a regional area. It does not capture spending from capital city dwellers who are just passing through.)

The overall outperformance is most clear in Victoria. Growth in employment, card spending and dwelling prices have all been stronger in regional Victoria compared to metropolitan Melbourne. The data shows large population outflows from Greater Melbourne to not only regional Victoria, but interstate. The movement was particularly noticeable in Q2 2020 and Q3 2020.

CBA data also indicates that annual growth in the number of customers receiving JobSeeker in regional Victoria has been 40-70 per cent lower than Greater Melbourne.

Regional New South Wales has also seen a solid outperformance. Card spending and dwelling prices have performed strongly, while employment trends have been similar in Greater Sydney and the rest of NSW.

Western Australia has seen mixed results. Dwelling prices have outperformed in Greater Perth compared to the rest of WA, but the recovery in employment has been stronger outside of the metropolitan area. Growth in card spending has been similar in both metro and regional areas.

“Looking ahead… we expect regional areas to perform strongly in 2021,” said Mr Guesnon. “Further coronavirus outbreaks could result in closures of interstate borders, which could make people reluctant to holiday interstate, but we expect people to holiday within their own state until the vaccine has been fully rolled out.

“We expect labour markets in the regional areas to generally outperform their Greater Capital cities.”