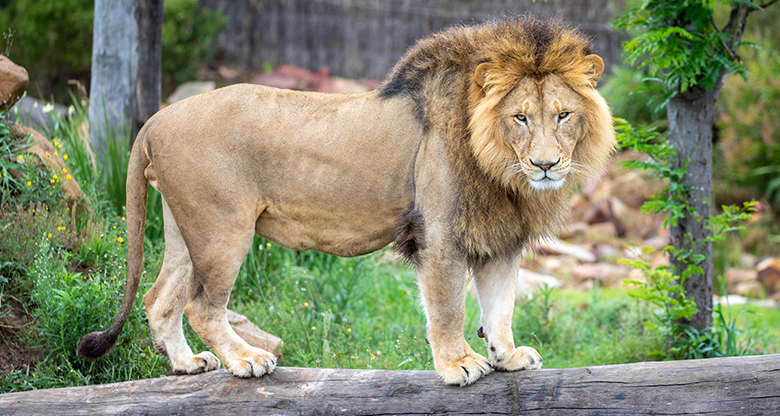 New at the zoo

With the help of CommBank, Jake and John Burgess launched Sydney Zoo – a large-scale venture aiming to serve the Western Sydney community

If the idea of starting a zoo, from scratch, sounds daunting and complex, that’s because it is – but Jake Burgess and his father John knew the Western Sydney region was crying out for a new large-scale venture. Now, the father and son, along with a team of investors, own and operate Sydney Zoo at Bungaribee near Blacktown.

Jake’s father first came up with the idea, based on his experience developing and leading the city’s famous aquarium. The pair soon found out that as much as a zoo is like an aquarium, it is also completely different. “It’s on a much, much bigger scale and every different animal has different needs.”

The idea simmered away for a couple of years before John and Jake started actively pursuing it in 2013.

“We cold-called the Western Sydney Parklands Trust about accessing the land and it just so happened there was a tender closing in two weeks. So, we made our submission and somehow won, and then somehow had to find the money,” Jake says.

“We were very, very confident about demand from the Western Sydney community, so we knew we were onto something. Western Sydney has been underserviced for a long time in terms of social infrastructure. We just had to make it happen.”

That involved bringing on board a range of investors with strong credentials in tourism and leisure sectors, including the operators of Sydney’s BridgeClimb and Scenic Railway, and the Hoyts Cinema business. In addition, the Burgesses worked with CommBank.

Banker Andrew Pope says that it was a complex deal.

“They didn’t own the land, they didn’t own the animals, and it was incredibly difficult to know how much anything would cost. When they talked to us about, say, needing an elephant enclosure, they figured it would cost somewhere between $300,000 and $3 million,” he says.

Jake acknowledges the size of the challenge.

“Something like this has never been undertaken before that I am aware of. You think it should work, you’re pretty sure it will work, but you’ve got no benchmarks and you’ve got no proof,” Jake says. “CommBank has been genuinely good to us. They found ways to structure facilities that let us get this zoo up and running.”

Andrew says that CommBank drew a lot of confidence from the quality and experience of the investors and the Burgesses’ backgrounds.

“We couldn’t lend against the land, we lent to the people.”

The zoo was a huge hit the moment it opened, but bushfires and COVID-19 have made it extra challenging.

“We’ve only been in operation for two years, and we’ve had to close our gates for six months of that period,” Jake says. “It’s not like shuttering a business though. We can’t do that. The animals need to be fed, they have complex social needs that have to be attended to. Our ticket sales disappeared but overheads did not.”

They got by through careful management of their staff, allocating hours that enabled most of their team to access government support which meant the majority were not out of pocket during the first shutdown.

While the Dine and Discover program was active, Sydney Zoo was one of the most popular destinations.

“We’ve proven the concept. When we are open, everyone wants to come,” Jake says.

He believes the Western Sydney population alone will easily sustain the business, and in fact he says the decision to focus on marketing to locals has been key to the zoo’s success. “There has been a belief that major attractions can’t make money in this area. Australia’s Wonderland is the cautionary tale. But where others have made a misstep is in focusing too much on the tourism market. It’s the locals who will come again and again.”

He adds that there is a huge swing in the way industry, investors and government see the Western Sydney region. “The Powerhouse is coming, CommBank has just taken on naming rights of Western Sydney Stadium, the airport is coming, there’s a $5 billion infrastructure fund. It’s all building into a virtuous cycle.”

This article is published solely for information purpose. As this article has been prepared without considering your objectives, financial situation or needs, you should before acting on the information in this report, consider its appropriateness to your circumstances and if necessary seek the appropriate professional advice. Any opinions, views of contributors, conclusions or recommendations are reasonably held or made, based on the information available at the time of this article’s compilation, but no representation or warranty, either expressed or implied, is made or provided as to the accuracy, reliability or completeness of any statement made in this article.