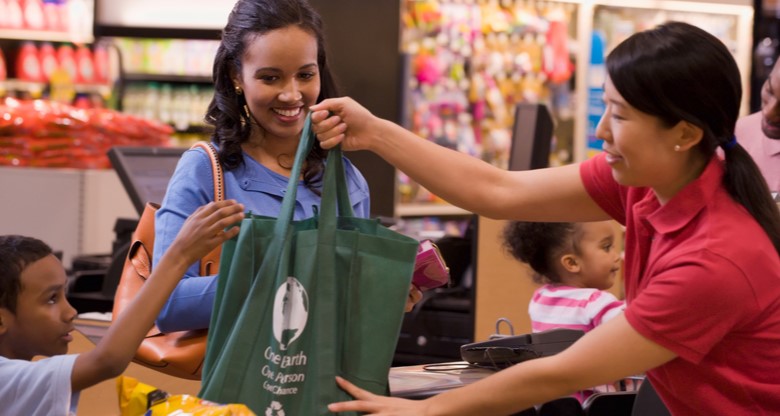 How a loan can help you achieve your sustainability goals faster

Having reported on its sustainability performance for over 20 years, Wesfarmers has monitored the development of sustainable finance for some time. Wesfarmers Executive General Manager, Group Finance, Luigi Mottolini, says issuing ‘green bonds’ isn’t suitable because Wesfarmers doesn’t target specific fundraising to specific assets. However, when sustainability-linked loans emerged “they seemed to fit more neatly into our funding”, explains Luigi.

Arriving at the targets wasn’t easy. “Given we have such a diverse range of businesses, those targets had to be accepted and applied at the business level, as well as the Wesfarmers board level,” says Luigi.

Furthermore, last year Wesfarmers ranked number one, from a sustainability perspective, in Dow Jones’ index of the world’s leading retailers. Richard Wiles, Director, Institutional Banking & Markets (IB&M), at Commonwealth Bank says, “there’s no doubt the work that Wesfarmers was already doing was fantastic. But for the integrity of the structure, they had to exceed what they already planned to do.” It was, says Luigi, a matter of “coming out with targets that were seen to be stretch targets from the lender’s point of view, but that we thought were also achievable, albeit with some effort and some capital expenditure”.

After years of concerted effort, 3% of Wesfarmers’ Australian workforce were Aborigines or Torres Strait Islanders. However, the percentage slipped to 1.7% after the 2018 Coles demerger. Naomi Flutter, Wesfarmers’ Executive General Manager, Corporate Affairs, says “achieving appropriate levels of Aboriginal employment across Australia will build stronger communities and the benefits will flow through our business.”

The emissions reduction target only applies to WesCEF which produces ammonium nitrate. Currently no technology can remove the hard-to-abate emissions from the production process. However, Wesfarmers invests in research domestically and, where appropriate, offshore, to support a breakthrough as part of the group’s net zero aspirations for that business with a 2050 timeline.

Other potential targets could have been gender diversity in leadership roles, renewable energy use and ethical sourcing audits.

Reflecting this understanding that ESG and sustainable finance are increasingly important to organisations and their stakeholders, Commonwealth Bank has created a new team of risk and product specialists. Charles Davis, Head of Sustainable Finance and ESG, says the team provides an end-to-end service to assist clients on their transition to a more sustainable future.

Luigi says the working capital facility clearly demonstrates Wesfarmers’ commitment to ESG considerations by tying its cost of finance to achieving those targets. “It is an actual measurable outcome and a measurable impact on the cost of our finance if we achieve those targets or we don’t.” He believes the more ESG criteria Wesfarmers satisfies, the broader and more diverse range of investors that will look at its debt, meaning better access to markets and pricing.

Naomi says the transaction proves that the group’s focus on the environment and the community where it operates, improves its credit proposition. “It is exciting to see a lender say this enhances your credit story and we will reflect it in the margin that we charge,” she says. “They are attempting to value those benefits that make Wesfarmers a stronger credit proposition.”

More from the Institutional Banking team