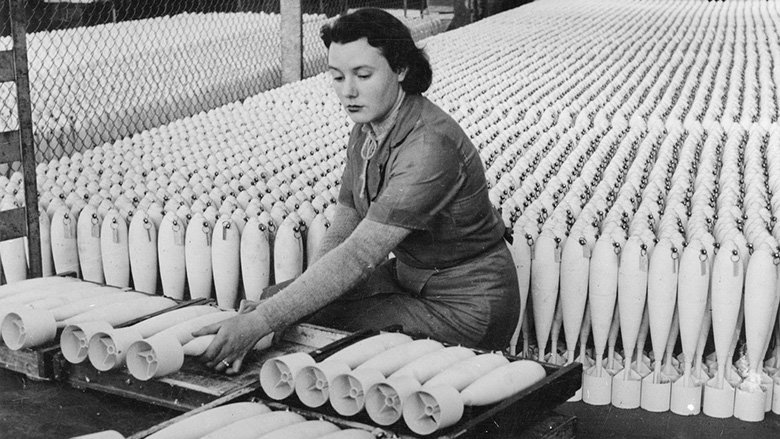 CBA women during the war: The home front

WWII changed many things, including the way women in the workforce were perceived.

By Danny John and Jaqui Lane

As it had done in World War One, the Bank turned to women at the beginning of the second war to ensure it could maintain banking services on the home front and meet the needs of military personnel overseas in its role as paymaster to the armed services.

A previously exclusive male career, banking had discovered that women offered equally valuable talents when given the opportunity.

The necessities provided by war opened the door to women across the country. But, as the years showed after both world wars, old habits and beliefs took a long time to shrug off, and previous biases re-asserted themselves as soon as the conflicts ended and the men came home from the battlefronts.

That had been the case in 1918 when the proportion of women employed by CBA to fill the gaps caused by male military service rose to 40 per cent of the expanded total staff of 1,415. More than 580 women filled roles such as clerks – once the sole preserve of men. 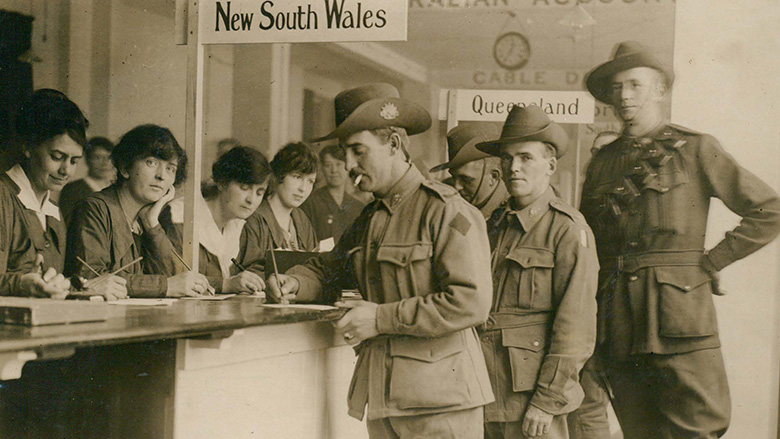 Some of them subsequently left the bank as their male counterparts came back from war or as they got married – with the policy at the time forcing women to resign their positions as soon as they entered into marriage.

The number of women working at the bank only grew slowly during the inter-war years, primarily because of the limited job opportunities. By 1939, only 670 women were on the bank’s payroll, even though the organisation had grown in size and by geographic location.

Females represented just 15 per cent of total employment, which at the start of World War Two stood at 4,530.

That again all changed as nearly two-thirds of the male staff enlisted to fight in the war. Many of the women who were taken on to replace them had worked for the bank before - former typists who had been forced to quit because of the public service rules preventing married females from being employed.

The bank also turned to other known quantities to keep the place running. Former staffers – affectionately known as “re-treads” - came out of retirement to fill key positions while school teachers and university students were seconded during holiday periods to help out.

In fact, anyone with a decent education and a head for numbers was a prime candidate for employment.

These efforts proved successful in ensuring the bank met all of its needs during the war years, but in 1944 with the conflict entering its final stages, the bank’s management turned its attention to how it would cope with re-employing 2,500 returning servicemen.

Not surprisingly if somewhat short-sighted even for those times, that meant many of their female replacements would end up leaving.

Special schools were set up in Sydney, Melbourne, Brisbane and Perth to offer the men a one-month re-training program to help them re-adjust to civilian life, catch-up on the way the bank operated and to “improve their prospects and enlarge their outlook”.

The focus was on visual learning rather than lectures but just to underline how few things change from a process point of view, they were also provided with a serviceman’s manual running to 222 pages.

Seventy-five years on from the opening of the first school on 20 August 1945 – just five days after VJ (Victory over Japan) Day – it’s still difficult to imagine how the 23 year-old Squadron Leader who had flown Sunderland flying boats for Coastal Command in England or the Flight Lieutenant, who had been awarded the Distinguished Flying Cross for his 39 sorties in Lancaster bombers over Germany, felt about that approach to re-entering civilian life!

They at least knew they had a job to look forward to; not so the women who had replaced them.

While again many of them ended up making way for the returning servicemen, this time the beachhead had been established. And although it would take a number of decades for equal opportunities to be firmly put in place, the wartime women of CBA had left few people in doubt that they deserved a place at work and a job just like their male counterparts.

Jaqui Lane is the author of the latest official history of the Commonwealth Bank.