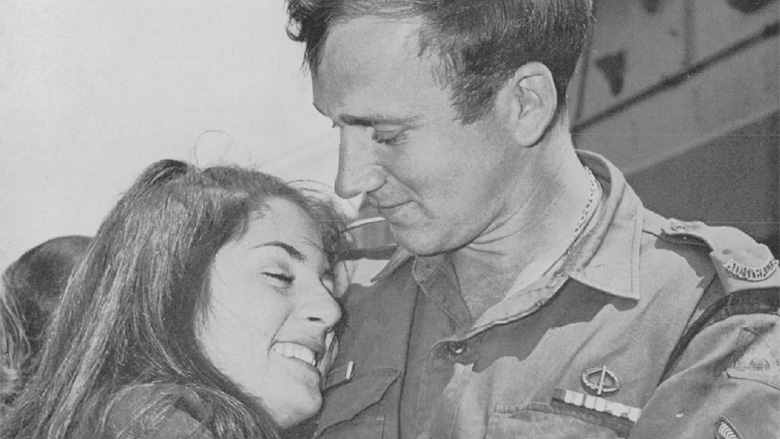 Vietnam: From division to healing - paying our respects half a century on

This year’s Remembrance Day will mark the 50th anniversary of the last Australian combat troops to return home following their service in the Vietnam War. Among them, were hundreds of young conscripts from CBA who were called up to fight.

By Danny John and Lauren McNamara

It was a picture that, on the face of it, told a story of relief, hope and happiness.

A young couple re-united after war had separated them for two years just as their relationship, forged at the Commonwealth Bank, had begun to bloom.

Relief that he had come home safely and that the fear he might not return was over.

Hope for their future with careers, marriage and a family ahead of them.

Happiness that they could resume where they had left off.

But this was not a picture that told those thousand words. 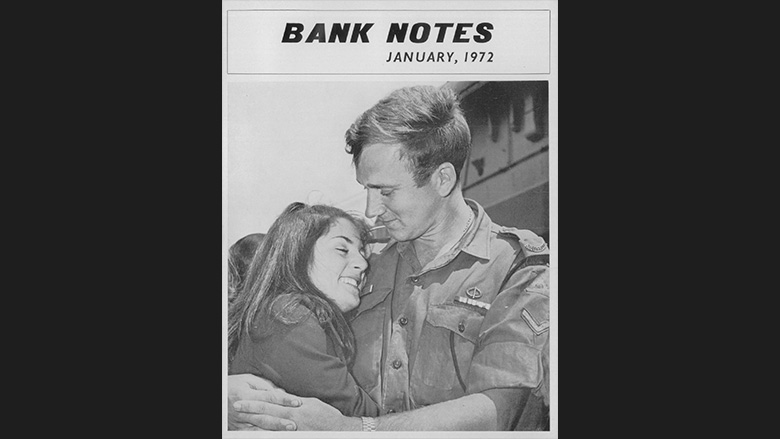 Denise and Cliff Last on the front cover of CBA's magainze, Bank Notes, in January 1972.

If anything, it hid the real story, a darker one, a story that couldn’t often be told in words but which nonetheless left its mark deeply on the individuals at the centre of it and on a country driven by its involvement in a deeply divisive conflict.

Fifty years on from when this photograph was taken, that day is still seared into the memories of Cliff and Denise Last.

It should have been a day of celebration and honour as one of the final contingents of the Australian armed forces serving in Vietnam were brought home on HMAS Sydney.

While signalling the completion of combat operations in an extremely unpopular war, the return of the 3rd Battalion of the Royal Australian Regiment (3RAR), in which Cliff served as a Lance-Corporal, wasn’t the end of the controversy.

Unlike their counterparts in WW1 and WW2 who returned to heroes’ welcomes in glorious quayside reunions and victory parades, there was to be no public display of thanks and gratitude as the HMAS Sydney pulled into its home town in October 1971.

Denise recalls the ship’s arrival as if it was yesterday: “Even in that shot, where that photo was taken, where the ship pulled in (at Garden Island naval base), was in the back docks of Sydney. It was hidden. Only family were told, and it was like: we’ll slide them in and no one will know we’re here.”

Says Cliff: “Nobody knew we were coming home.”

The subject of violent street protests, divisive political debates and a public furore that split the nation, Vietnam was a war that most Australians wanted to forget, let alone commemorate at its end. It would remain that way for decades to come.

For many of those who served, their own battles only just began with their return home. As if the terrible fighting in Vietnam wasn’t enough, being shunned and rejected by their countrymen only added to the mental and emotional pressures that subsequently took a huge toll on the vast majority of veterans and their families.

Cliff and Denise are among them. Having met at Kogarah branch in Sydney, NSW, in 1966, both had been looking forward to long careers at CBA.

Conscription – or National Service as it was known with its introduction in 1965 – changed all that when Cliff and other 20 year-old males of his generation were called up to fight.

When his tour of duty with the Army was over, Cliff had a job to come back to. The bank, he says, did a lot to accommodate him and his CBA wartime colleagues through specially-organised training courses. But the war had changed them and not for the better.

It was indicative of the way Vietnam veterans were treated more broadly by the Australian community and society in general.

“When we came back, we weren’t treated kindly. It took me 15 years to go to an ANZAC Day march. And that’s not an uncommon story,” Cliff says.

Denise, who at the time went by her maiden name of Jaggers, adds: “It’s the same story with a lot of people. A lot of vets who came back, they just couldn’t settle.”

As the picture and caption on the front cover of the January 1972 issue of the bank’s magazine Bank Notes stated, Cliff and Denise married later that year and briefly returned to working life at their respective branches in Sydney.

But Denise left the bank towards the end of 1972 when they started a family and Cliff wasn’t far behind. A banking career no longer appealed to him, least of all being confined to an office. And in the coming years he took on various different jobs, driving trucks and bulldozers among them.

Leaving Sydney, the family travelled around Australia for a period, eventually settling on NSW’s North Coast where for many years Denise and Cliff first ran a general store and post office – at one time as agents of the Commonwealth Bank Savings Bank – and then their own insurance broking business.

Now retired with three children and five grandchildren, in 2022 they will celebrate their 50th wedding anniversary. Those five decades will also commemorate the un-ceaseless work they and others across Australia quietly continue to do to support and help their fellow veterans from Vietnam. 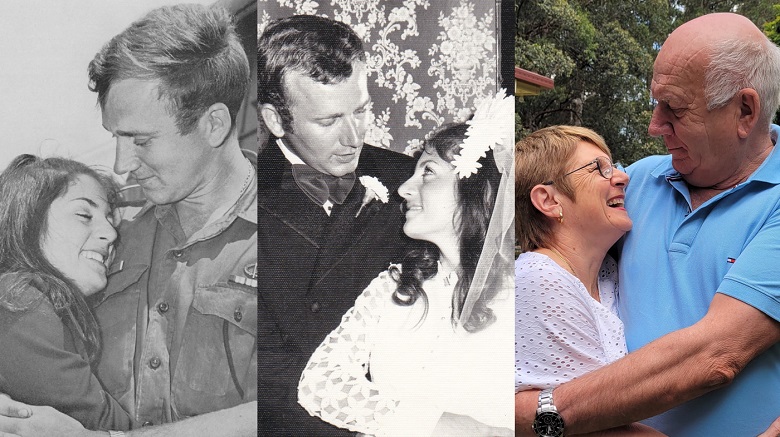 A tight-knit and largely self-dependent community, the vets toiled for years with little recognition or support from the public and government alike.

But that started to change as the generations of old service people from the two world wars passed away and Australians eventually began to accept, understand and appreciate what the veterans had gone through in the name of service to their country.

All told, more than 900 CBA men were called up for National Service between 1965 and 1972, many of whom were posted to Vietnam. Four of them died fighting for Australia. Three were just 21, the other was 23.

These and the other vets who have since passed away will be among the many that Cliff and Denise will recall and pay tribute to this Remembrance Day.

Denise comments: “They've always been very caring, nurturing of these guys that are coming back now [from Afghanistan and Iraq] because they understand how easily you can slip over the edge. And it can change you. Cliff was never the same person when he came back from Vietnam. He was changed.”

“We have a lot of stuff that we have bottled up, that comes out every now and again and then disappears again,” adds Cliff. “We put it in the back of our mind and leave it there and out of the way. It’s so important that we start talking to these people to ensure that what happened to us, doesn’t happen to them – to ensure history doesn’t repeat itself.”

For them therefore, this November will be a particularly poignant anniversary half a century on - one that will be tinged by memories of re-union, quiet gratitude but much sadness as the sounds of the “Last Post and “Reveille” reverberate at the eleventh hour, on the eleventh day, of the eleventh month across the nation.

"They shall grow not old, as we that are left grow old; Age shall not weary them, nor the years condemn. At the going down of the sun and in the morning. We will remember them."