Spending wasn’t as strong as the previous week. The slowdown was broad-based, across goods, services, online, in-store, and in all states except Tasmania.

Total household card spending on goods and services is 3% higher than a year ago. 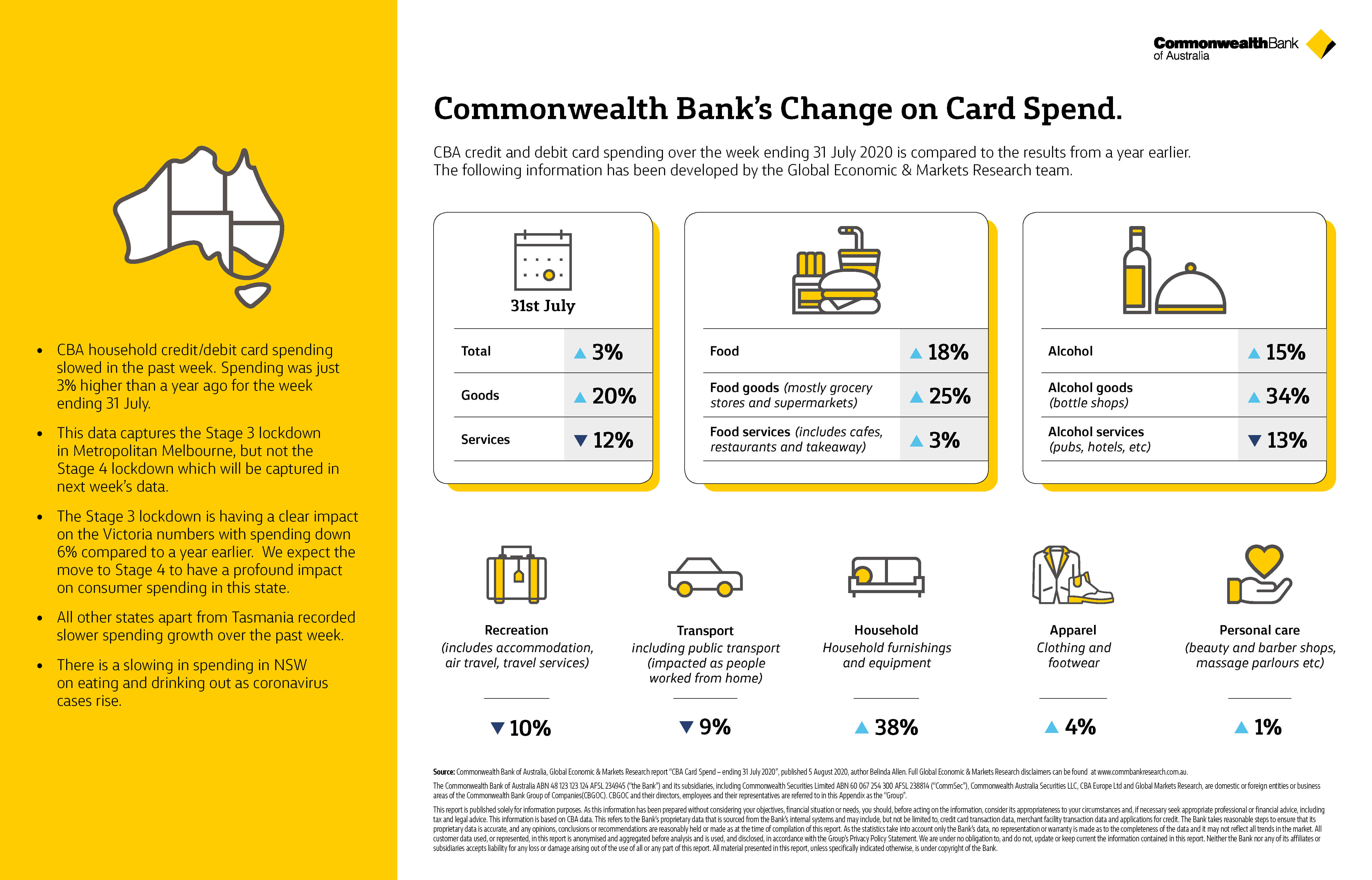 Both online and in-store spending softened in the week that ended 31 July. Online spending has been heavily impacted by swings in education spending in Victoria due to changes in semester dates. With Victoria entering Stage 4 lockdown on 2 August we expect in-store spending there to deteriorate further.

The Stage 3 lockdowns in Melbourne caused card spending in Victoria to fall back into negative territory, to be 6% lower than a year ago.

Spending in Queensland also dropped sharply, mainly due to education and spending on other services.

While Tasmania continues to outperform, with spending up 19% from the same period last year, spending in the ACT weakened further to be 10% down from last year. As in Queensland, the weakness was driven by spending on education and other services.

Household furnishings and equipment spending is easing slightly but remains strong at 38% above last year’s levels.

Spending on clothing and footwear is 4% above last year’s levels, while spending on personal care (hairdressers, barbers and beauty salons) continues to soften, driven by Victoria’s lockdown, and is now just 1% higher than the same week a year ago.

Spending on transport has also eased and is 9% below last year’s levels.

Spending on recreation (including accommodation, air travel and travel services) fell in all states over the past week as restrictions remain in place, as well as the closure of borders restricting interstate and overseas tourists. Queensland has since closed its borders to the greater Sydney area. Spending on recreation is now 10% lower than the same period a year ago.