Total annual spending growth was up 4%. Spending in the September quarter is up from the June quarter, leading us to lift our forecasts for economic growth.

In the week that ended Friday 18 September, spending on goods was up 15% from the same week last year, while spending on services was down 7%. We don’t expect services spending to recover until the shutdown measures in Victoria are withdrawn and there is confidence in the control of the spread of the coronavirus. 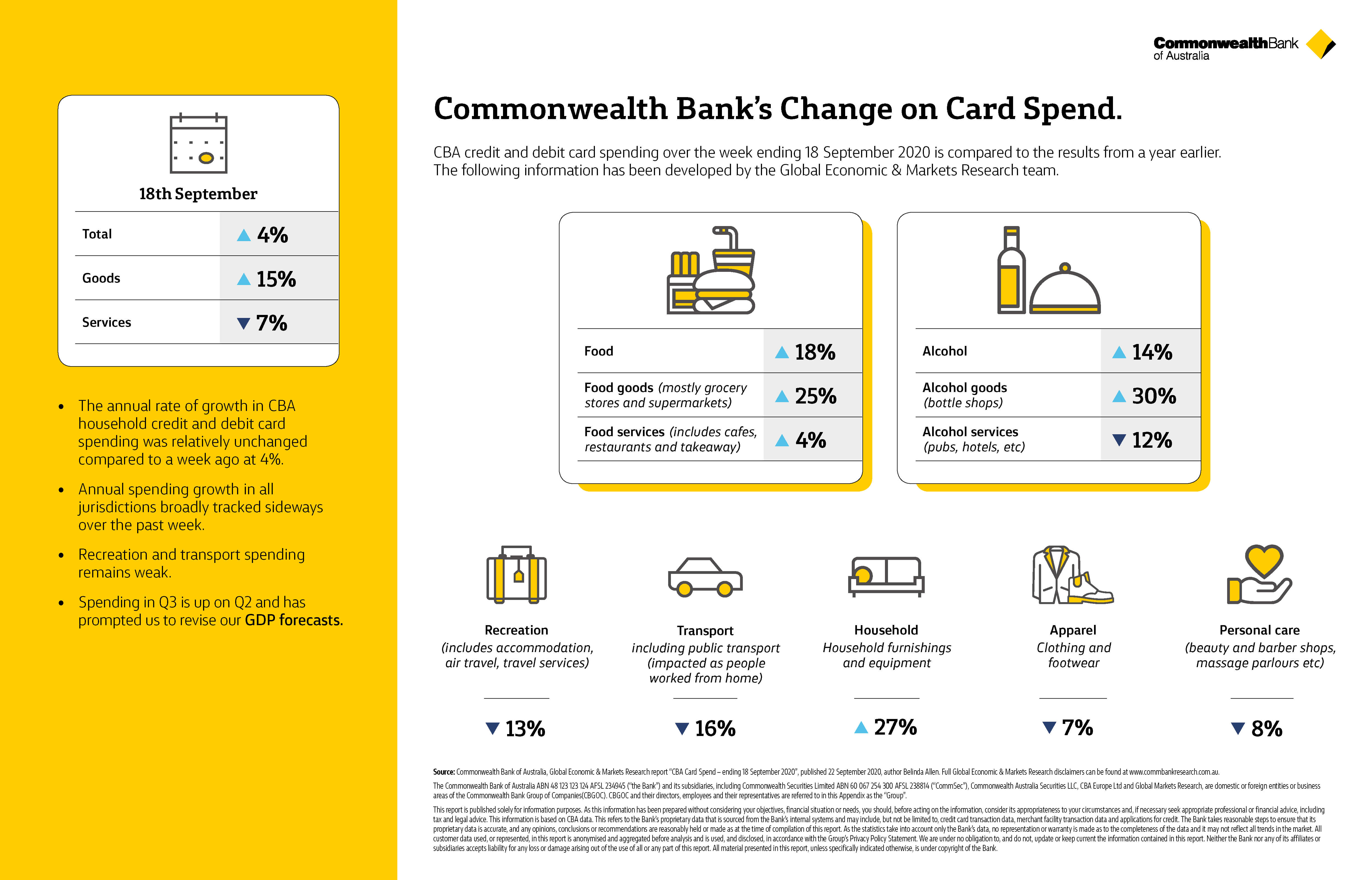 Household spending on debit and credit cards in-store slipped in the past week, however online spending turned higher and remains elevated.

Annual spending growth across the states has been broadly tracking sideways for the past month.

Western Australia and Queensland continue to outperform New South Wales, as well as Victoria, which is still lagging behind.

South Australia and Tasmania are marginally outperforming the Northern Territory and ACT.

Spending on transport is down 16% from the same period last year. Although spending in this category has tracked a little higher in Victoria in recent weeks, it remains weak. In New South Wales, Queensland and Western Australia it has softened slightly.

Spending on recreation softened further in the major states, leading national spending to be down 13% from the same time a year ago. As this category includes accommodation, air travel, cruises and entertainment, the soft result isn’t surprising. We expect stronger spending in this category once state borders are reopened and international travel is allowed.

Spending on takeaway food and eating out in restaurants and cafes (food services) in Western Australia and New South Wales increased in the past week, helping to lift the national figure to 4% above last year’s levels. There is a renewed focus on improving eating outside facilities across some states, which may help lift spending in this category. Spending in supermarkets and grocery stores (food goods) is up 25% from last year. All up, spending on food is 18% above last year’s levels.

CommBank weekly credit and debit card spend data gives you an up-to-date picture of what people are spending their money on and how this is changing as COVID-19 continues to impact our lives and the economy.