In the week that ended Friday 25 September, spending on goods was up 14% from the same week last year, while spending on services was down 6%. We don’t expect services spending to recover until the shutdown measures in Victoria are withdrawn and there is confidence in the control of the spread of the coronavirus. 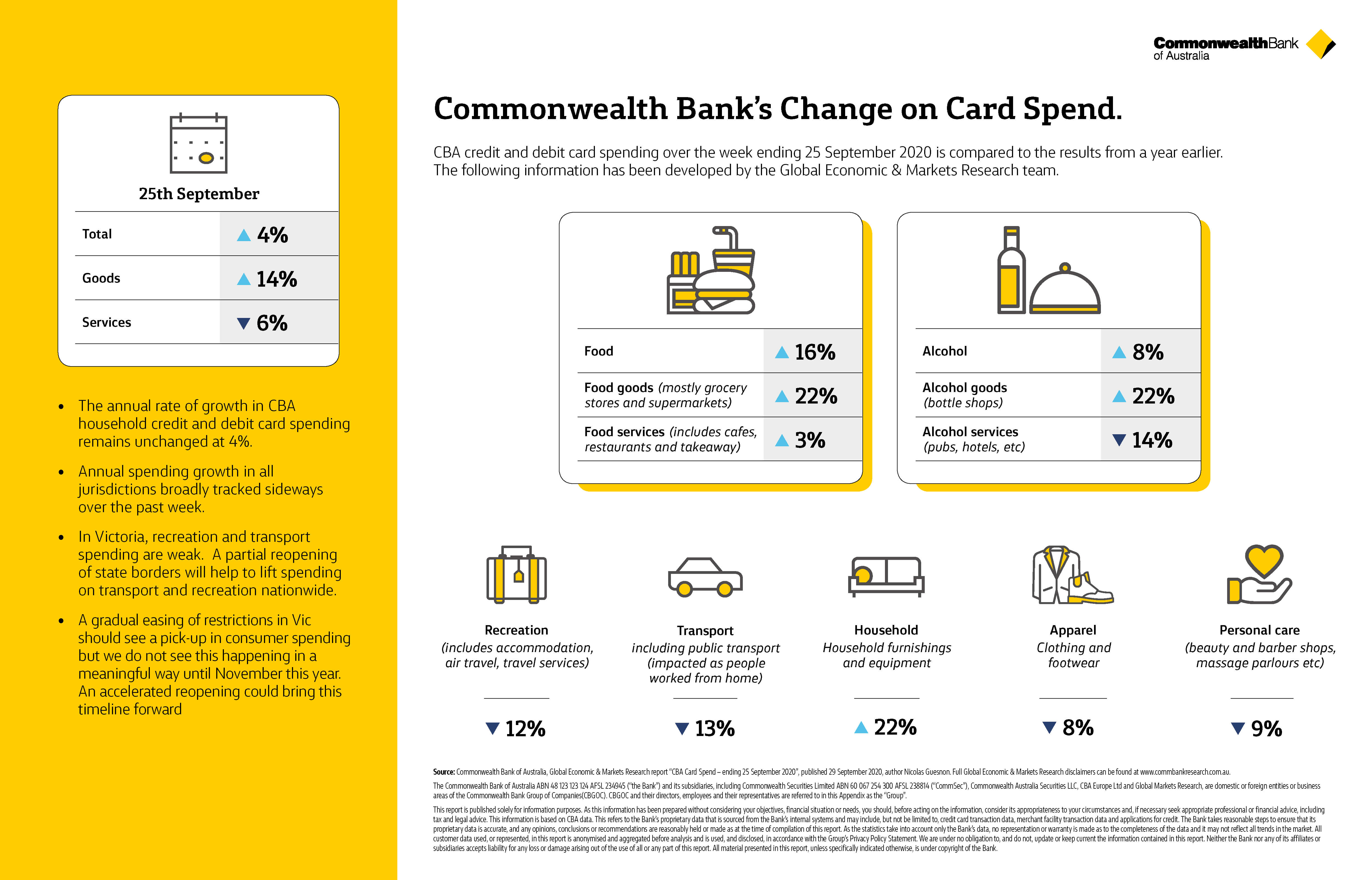 Household spending on debit and credit cards in-store eased again in the past week, while online spending was supported by a broad-based lift across most states.

In contrast, online spending in Victoria has been the strongest of all the jurisdictions for a sustained period of time.

Annual spending growth across the states has been broadly tracking sideways in September.

Western Australia and Queensland continue to outperform New South Wales, as well as Victoria, which is still lagging behind. A gradual easing of restrictions in Victoria should see a pick-up in consumer spending but we don’t see this happening in a meaningful way until November 2020. An accelerated reopening could bring this timeline forward.

South Australia and Tasmania are marginally outperforming the Northern Territory and ACT.

In Victoria, spending on household furnishings and equipment collapsed in August and remains weak. However, card spend on medical, transport and alcohol services has lifted off low levels.

Spending on food services (eating out in cafes and restaurants, plus take-aways) is broadly tracking sideways in Western Australia, Queensland and New South Wales. The renewed focus on improving facilities for eating outside in some states may help lift spending, especially as summer approaches.

With the exception of Queensland, spending growth on recreation is soft in all major states. The weak result isn’t surprising given this category includes accommodation, air travel, cruises and entertainment.