Household card spending eased slightly from the previous week, driven by a softening in in-store spending, and is clearly trending lower again.

Household spending on goods has eased a little but it is still up 15% on year-ago levels, with Victoria and New South Wales weighing on national goods spending. Household spending on services is 7% below the same period last year and we don’t expect it to fully recover until all restrictions have been lifted.

Total household card spending on goods and services is 4% higher than a year ago. Annual spending growth is clearly trending lower again. 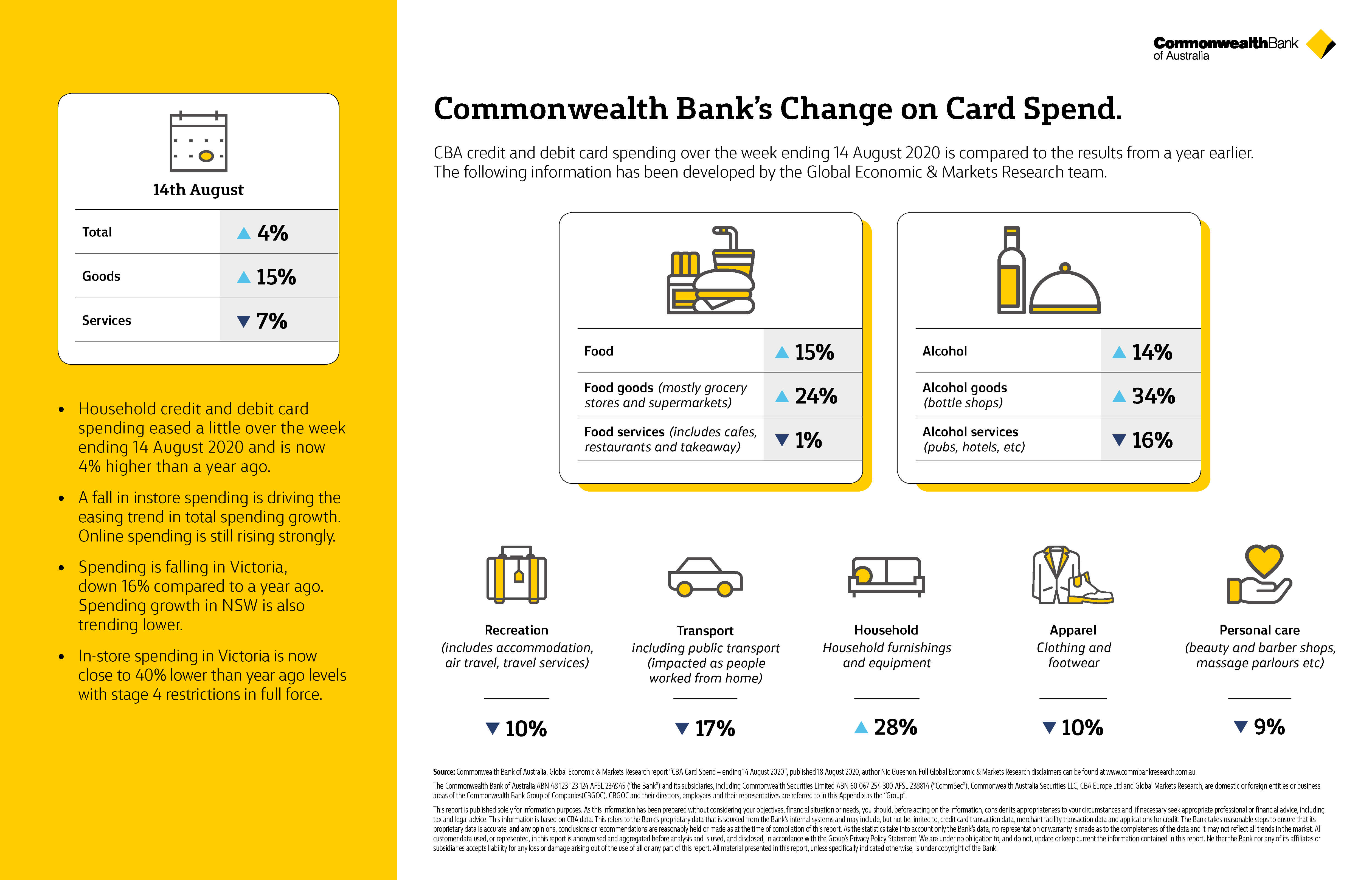 Online spending ticked higher in the week that ended 14 August to be 21% higher than the same period a year ago. As expected, with Victoria entering Stage 4 lockdown on 2 August, in-store spending continued to soften and has moved back into negative territory.

Over the week, spending in Victoria was 15% down from the same period a year ago reflecting the stage 4 restrictions that were imposed on 2 August. Spending growth in New South Wales has also trended lower.

Tasmania and Western Australia have consistently shown strong spending relative to other jurisdictions over recent weeks.

The volatility in spending in Queensland and the ACT is due to a spike in education spending reflecting a deferral of university semester fee deadlines relative to last year.

In most states and territories, medical care and health spending has held up well despite outbreaks of COVID-19 cases. The exception is Victoria where escalation of shutdown measures immediately weighed on spending in this category.

Spending on household furnishings and equipment has been very strong across the major states throughout the pandemic as households spend more time at home and do DIY projects. But the shutdown is now weighing on furnishing spending in Victoria.

CommBank’s weekly credit and debit card spend data gives you an up-to-date picture of what people are spending their money on and how this is changing as COVID-19 continues to impact our lives and the economy.