Spending lifted a little from the previous week but underlying the week-to-week volatility there looks to be an easing in the annual growth rate in trend terms.

Total household card spending on goods and services is 8% higher than a year ago. Spending growth is volatile week to week. However, the trend shows that annual spending growth has eased a little in recent weeks. 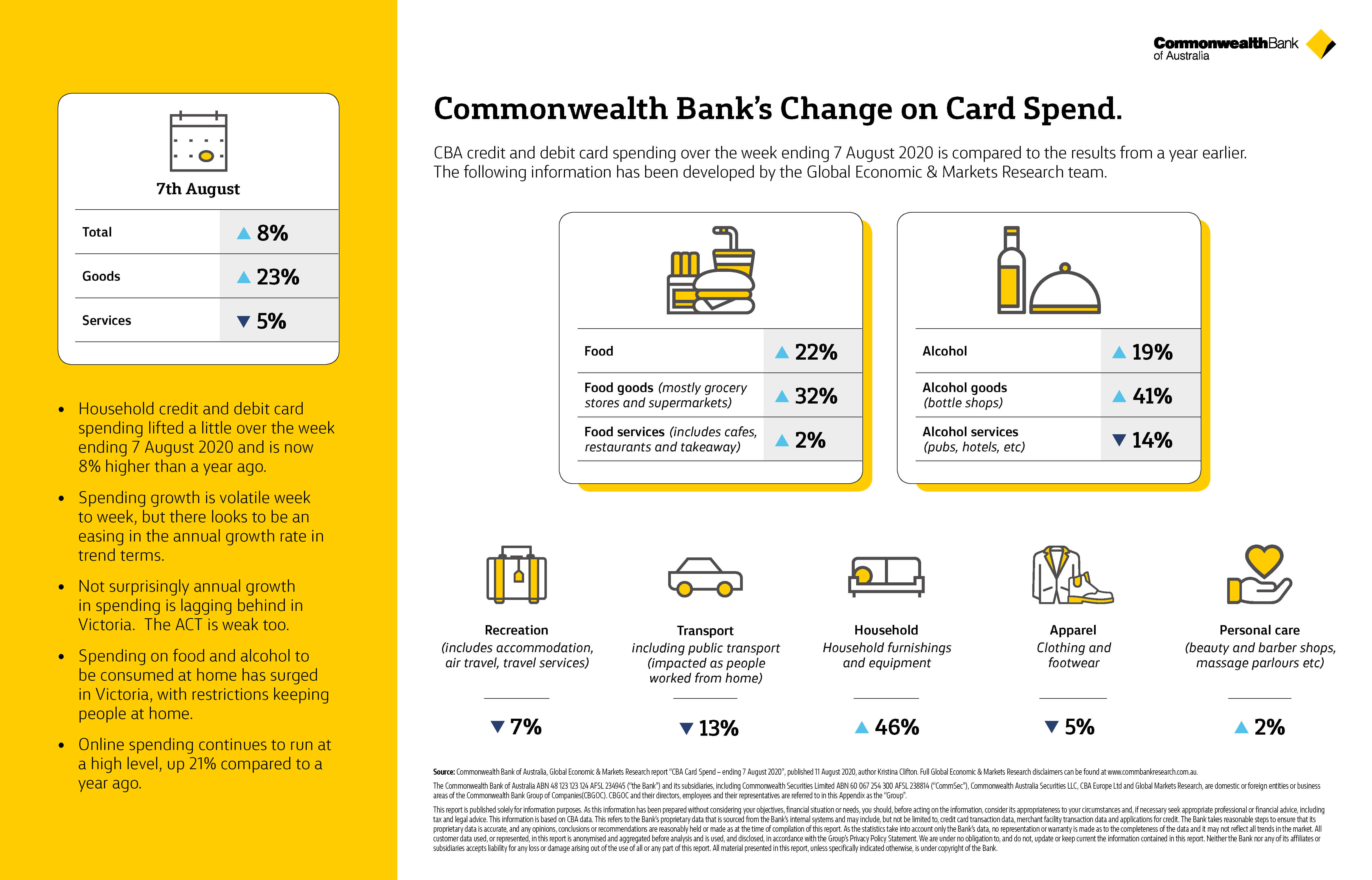 Online spending spiked higher in the week that ended 7 August to be 21% higher than the same period a year ago. As expected, with Victoria entering Stage 4 lockdown on 2 August, in-store spending remains soft. .

State trends are currently most interesting because restrictions vary across jurisdictions. The full effect of stage 4 restrictions in Victoria won’t be seen in spending until next week’s data as retail stores were allowed to operate until 6 August. As well as spending on food and alcohol to be consumed at home surging, spending on household furnishings and equipment is also very strong. People may have made last minute trips to hardware stores for items needed for home DIY projects and working from home requirements.

However, spending in many other categories is lagging in Victoria, including clothing and footwear, personal care, recreation and transport. Transport spending is also down over the year in NSW. Other data shows mobility around Sydney, and particularly Melbourne, is still well down from normal levels.

Spending is very strong in Western Australia, with spending growth stronger than the national average across all categories.

Spending continues to weaken in the ACT as a steep drop in education spending weighs on overall spending.