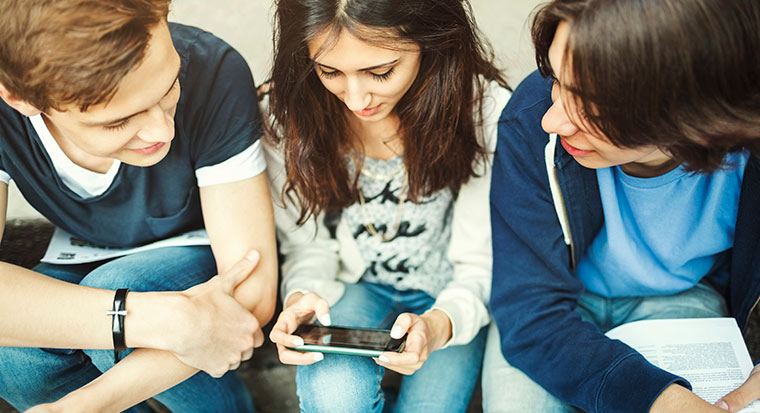 Teaching your teenager about money management is in their best interests.

As teenagers become more independent and begin to earn money it’s important to set them up with a good foundation of knowledge in money management.

Here are a couple of the key things to focus on so they can get a better understanding of how to earn, spend and save money from early on.

At some point your children will need their own bank account. If they’re earning pocket money it may be worthwhile opening a bank account with them before they reach their teenage years.

No matter what age they are when you open it, giving your child responsibility over a bank account is an important first step. It will help them learn things like depositing money, checking their balance online and how to use an ATM.

Whether it’s through pocket money, a part-time job or a little bit of both, a budget will help you set some parameters around how the money coming in should be used without having to constantly check what they’re spending their money on.

Take your teenager through a budget planner, setting amounts for money for spending on clothes, food and other things and also money to be saved and even some money for charity.

If they’re wanting to build their savings, one of the best pieces of advice is to pay themselves first. This means having a separate savings account which earns interest, then when they’re paid making sure they put away the saving amount allocated in their budget before doing anything else.

The longer money is in their transaction account the more temptation there is to spend it. Having a separate savings account which is paid immediately can help reinforce the idea of money for spending and money for saving.

Responsible spending is easy to talk about, you can talk about how some things may be necessary while others are not and also how some items will be short lived while others will last longer. But it can be hard to get comments like this to have any effect on your increasingly independent teenager.

A more compelling way to think about the value of money is to combine it with the concept of time. For example, if they want to buy a pair of jeans, get them to work out how many hours in their casual job that equates to. Once they find out how many hours of hard work they need to do - that may change their view on whether it’s worth it.

If they’re in their early teens it’s most likely too early to think about a credit card, but the discussion will come up at some point. When it does, it’s important to make sure that they understand that credit is not free money. While a credit card may be suitable in some circumstances, they need to be wary of debt, even if it is for a very short term.

One of the most powerful ways to teach your teenager about money is setting a good example for them to follow. If you use a budget, save money regularly and are open about this with them, this will have a big impact on their understanding of how to manage money from an early age.

Setting saving goals with your kids