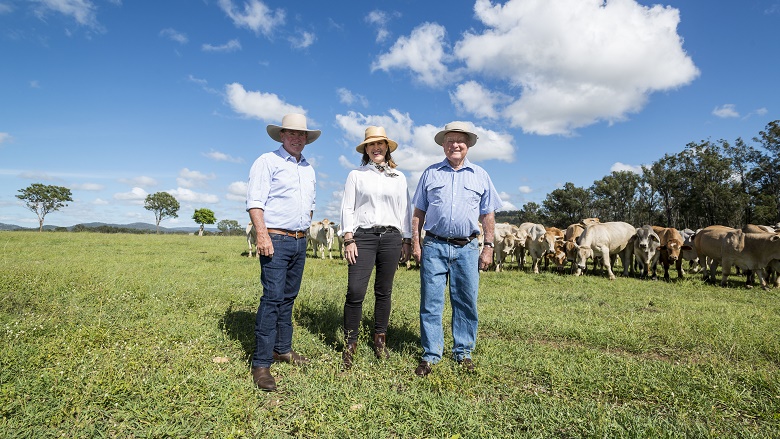 A record proportion of farmers are looking to invest in tech and innovation.

New research from Commonwealth Bank shows Australian farmers will increase investment in innovation and technology as a key way to future-proof their operations.

Commonwealth Bank’s latest Agri Insights research reveals that more than a third of farmers across Australia (37 per cent) plan to increase investment in technology and innovation, versus three per cent who plan to decrease. Those who say they will increase are mainly doing it to enhance productivity and efficiency and gain greater benefits from their equipment and farm production methods.

Commonwealth Bank’s Executive General Manager of Regional and Agribusiness Banking Grant Cairns says farmers recognise that innovative practices and technology are a profit driver that help them to achieve more from their operations.

“When we asked farmers why they were directing more of their spend towards tech and innovation, many talked in terms of longer term productivity. Farmers know that getting the best tech on farm allows them to do better in good years and also positions them to get through the tougher years. It’s about maximising the return on investment not only of their equipment, but their people and their own time and effort,” he says.

According to the research, which surveys 1,400 farmers on a range of business intentions, there will be a particular focus on investing in livestock production in the coming year, with solid investment intentions for wool, lamb and beef.

This trend follows strong commodity investments over the past 12 months, with 10 per cent of farmers saying their biggest increases in investment were in their beef operations. Of those who invested more in livestock, many did it to make the most of strong returns.

“With continuing high prices and demand, we’re seeing strong intentions across the spectrum for livestock in the next 12 months. This has coincided with some reduction in grains intentions as some farmers respond to lower prices and the sometimes greater flexibility that livestock can offer,” Mr Cairns says. According to the survey, 35 per cent of grain growers who will reduce their enterprise are reacting to lower prices.

Overall, fixed infrastructure, plant and equipment investment was the focus of the most increased investment over the past 12 months (31 per cent), and continues to present strongly for the coming year: over one third of farmers (35 per cent) are planning to increase in the coming year.

The Hughes family, at the helm of Malarga Grazing in Queensland, are among a number of graziers working towards answering a question that has beef producers puzzled – why artificial insemination conception rates are so low.

Currently industry rates for artificial insemination sit at a maximum of about 60%, and Cam Hughes and producers like him want to find out why.

Cam runs Malarga Grazing – a Brahman beef operation located in the Wide Bay-Burnett region of Queensland – with his wife Lisa and father Brian. Cam is a member of the Meat and Livestock Australia (MLA) R&D committee. Next year the Hughes’ Blairmore property will be used as part of an artificial insemination program trial.

This is just one example of Malarga Grazing’s commitment to innovation. Over the past three years the business has been helping an ear tag producer trial different tags and they’ve adjusted their pasture program to improve production outcomes.

Malarga has been in the Hughes family for about a century. In the 1970s, the Hughes family expanded the business to Blairmore at Ban Ban Springs and have since accumulated numerous other smaller properties along the way. All up, Malarga Grazing has about 8,500 cattle, across more than 20,230 ha, not including leased land.

The operation sells an average of 2000 head per year, with strong markets in China, Korea and Japan, though it does chop and change a bit, Cam says. With beef performing so well in the market at the moment, Lisa says the family is taking the opportunity to upgrade the properties.

“We chose to increase expenditure on farm last year. We spent the money on farm improvements, fencing and just things that need doing. We were capitalising on good returns and putting the money back into the business,” she says.

The Hughes family have also started carefully choosing their pasture variety to give them greater quality control. They have planted bisset creeping bluegrass, Rhodes grass and wynn cassia with legumes like Seca stylo. The Hughes are also planning to invest in a new variety of leucaena, a legume fodder crop, to increase production. Where they can’t plough due to the undulating landscape, they aerial seed.

“We have been able to improve the pasture and our seeding processes have helped our carcass weights increase to no end. It has come at a cost, but it has also increased our carrying capacity,” Cam says.

Looking ahead, the focus is to build a resilient and robust business that can ride the ups and downs of farming.