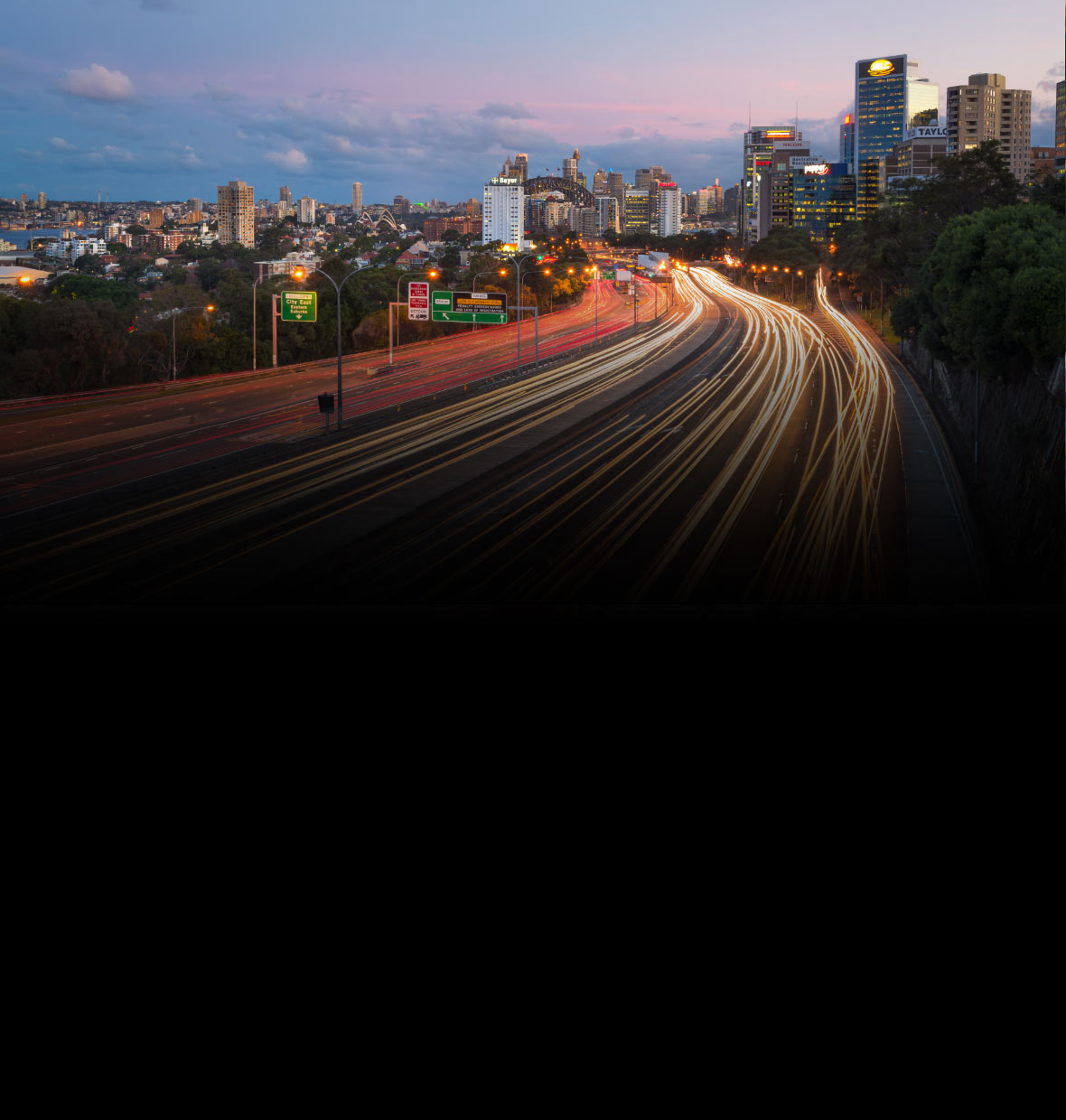 The London Interbank Offered Rate (LIBOR) is a measure of the average rate at which banks are willing to borrow wholesale unsecured funds. It is administered by ICE Benchmark Administration and supervised by the Financial Conduct Authority (FCA).

It is calculated based on submissions from selected panel banks and is published in 5 currencies and a range of tenors. It is a major interest rate benchmark which is referenced in a broad range of  financial contracts including, derivatives, bonds and loans.

The underlying markets that LIBOR measures are not liquid. LIBOR has been used to hedge the general level of interest rates, for which it is inefficient given it includes a term bank credit component.

On Friday 5 March, the FCA confirmed that all LIBOR settings will either cease to be provided by any administrator or no longer be representative:

The International Swaps and Derivatives Association (ISDA) confirmed separately, that the ‘spread adjustments’ to be used in its IBOR fallbacks were fixed as a result of the FCA’s announcement, providing clarity on the future terms of the many derivative contracts which now incorporate these fallbacks.

The announcements confirm the importance of transition preparations for all users of LIBOR.

Australian regulators have also stated the importance of a timely transition away from LIBOR and the expectation that no new LIBOR-referencing contracts be entered into after 31 December 2021. The Australian Securities and Investment Commission (ASIC), Australian Prudential Regulation Authority (APRA) and the Reserve Bank of Australia (RBA), support the guidance and expectations set by the FSB  and the US Banking Supervisors.

Around the world, national working groups have identified alternative nearly  risk-free reference rates (RFRs) which can be used as an alternative to LIBOR. RFRs have been identified because these rates are robust and are anchored in active, liquid underlying markets.

Since the rates are overnight rates, and not term rates like LIBOR, important distinctions exist between LIBOR and the newly adopted rates, including in relation to coupon accrual, settlement, systems usage, and accounting, among other things.

Overnight RFRs have been identified for all major currencies as an alternative to LIBOR, but the pace of adoption and transition varies between currencies and between product types. 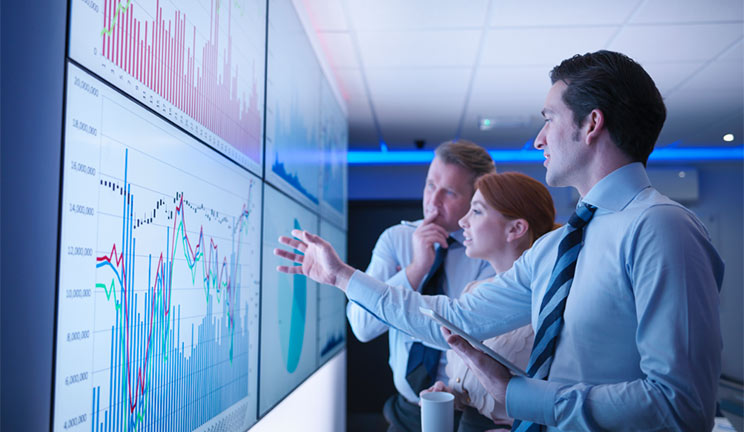 A number of industry groups have been working to develop clauses (‘fallbacks’) to help contracts better address LIBOR’s discontinuance by referencing a specified RFR as a fallback in the event LIBOR is discontinued permanently (or, in some cases, is no longer deemed ‘representative’ by the regulator).

However, there are fundamental differences between LIBORs and RFRs. For example, RFRs are overnight rates, while LIBORs are available in multiple tenors. Additionally, LIBORs incorporate a bank credit risk premium while RFRs do not. As a result of these differences, both term and spread adjustments are required to be made to the applicable fallback RFRs to ensure that contracts referencing LIBOR will continue to function as closely as possible to the original agreement, in the event that the fallbacks are activated.

The fallback clauses typically incorporate mechanisms for making the required term and spread adjustments and also define the ‘trigger’ that ends the contractual reference to LIBOR and ‘switches’ to the relevant fallback adjusted RFR.

What you should be doing to prepare

The transition away from LIBOR raises a number of operational, legal, and financial challenges. For example, you may need to change your pricing and valuation systems if a LIBOR rate is a key input.

You may wish to seek independent advice regarding any legal or regulatory obligations which may arise through implementing different transition options, including but not limited to derivatives transaction reporting rules, margining and collateral requirements or clearing obligations. These requirements may apply to you and us differently in different jurisdictions.

Accounting standard boards have considered various measures to facilitate the transition to RFRs. The measures that are being proposed, or have been adopted, affect financial reporting in the period during which there is uncertainty about contractual cash flows arising from the reform. Other measures that have been proposed would apply during the time when actual changes are made to contractual cash flows and hedging relationships. Please refer to your relevant authorities and independent advisors in relation to any accounting and tax consequences of transition.

As this information is prepared for information purposes only it should not be taken to be advice. We encourage you to seek independent advice on these matters.

Regulators have provided guidance on what steps market participants can take to start preparing for the transition. These include:

For further information, please refer to the following resources:

What CommBank is doing to facilitate LIBOR transition

About our Group-wide Program

The Commonwealth Bank has a Group-wide transition program and has developed the capability to transact in RFRs to assist in your transition.

We are currently contacting clients to discuss LIBOR, including the possible need for contractual changes.

If you have any further questions regarding benchmark reform, please contact your Commonwealth Bank representative or the Interest Rate Benchmark Reform Program directly, on IRBR@cba.com.au

For certain other major IBORs, authorities are encouraging efforts to develop robust RFRs and to make derivatives and other contracts more robust to discontinuation, but it is recognised that transition to RFRs may take longer. For example, authorities in the euro area are promoting a robust RFR in euro short-term rate (€STR) produced by the ECB. With respect to EURIBOR, its methodology has been reformed and its administrator received an authorisation under the BMR in July 2019, which allows its continued use for the foreseeable future.

In other currency areas, authorities do not at this time think that transition solely to RFRs is necessary and continue to support a multiple-rate approach. Examples include Australia, Canada and, with regard to TIBOR, Japan.

For the Australian dollar, the key interest rate benchmarks are the bank bill swap rates (BBSW) and the cash rate. Reforms have also been undertaken to enhance the robustness of these benchmarks.

The Reserve bank of Australia (RBA) has stated that:

‘the critical difference between BBSW and LIBOR is that there are enough transactions in the local bank bill market each day to calculate a robust benchmark. Australia has an active bank bill market, where the major banks issue bills as a regular source of funding, and a wide range of wholesale investors purchase bills as a liquid cash management product’.

As markets transition from referencing LIBOR to RFRs, there may be some corresponding migration away from BBSW towards the cash rate. This will depend on how international markets for products such as cross-currency basis swaps end up transitioning away from LIBOR.

Note: These links are not comprehensive and do not cover all industries, supervisors or all of the issues associated with LIBOR transition.

2. Transition from LIBOR to alternative reference rates: background and timeline

3. Transition in the derivatives market

4. Transition in the loan market

5. Accounting issues related to the transition

7. How to adopt the alternative reference rates

On Friday 5 March, the FCA confirmed that all LIBOR settings will either cease to be provided by any administrator or no longer be representative:

ISDA confirmed separately, that the ‘spread adjustments’ to be used in its IBOR fallbacks were fixed as a result of the FCA’s announcement, providing clarity on the future terms of the many derivative contracts which now incorporate these fallbacks.

The announcements confirm the importance of transition preparations for all users of LIBOR.

For an overview of some of the latest developments in certain markets please follow the links below:

You may be a party to a loan agreement or the holder of a note which references a LIBOR rate where CommBank may be the sole lender or issuer, or in the case of a syndicated facility, where CommBank may be the administrative agent. If that loan agreement or note requires notice of the Statements from us as lender, issuer or administrative agent, the Notice titled “LIBOR Cessation and Non-Representativeness Announcement Notice” accompanying this communication constitutes such notice.

On 17th December 2020 Commonwealth Bank of Australia submitted signed up to the ISDA 2020 IBOR Fallbacks Protocol. This is an important milestone in our transition away from LIBOR to alternative risk-free rates.

ISDA launched the IBOR Fallbacks Supplement to the 2006 ISDA Definitions and the ISDA 2020 IBOR Fallbacks Protocol on October 23 2020. The Supplement and the Protocol will take effect on January 25 2021. From this date, all new IBOR derivatives contracts referencing the 2006 ISDA Definitions will contain the new fallbacks. Legacy non-cleared derivatives contracts will incorporate the new fallbacks if both counterparties have adhered to the Protocol, or otherwise bilaterally agreed to include the new fallbacks in their contracts. The Protocol will remain open for adherence post the effective date.

The UK Government proposes new powers for the FCA

The UK Government announced that it intends to bring forward legislation to amend the Benchmarks Regulation (BMR) to give the FCA enhanced powers.

This information is published solely for information purposes and is not to be construed as a solicitation, an offer or recommendation by the Commonwealth Bank of Australia. The information may be incomplete or not up to date and may contain errors and omissions. It must not be relied upon as financial product advice and is not investment research. As this information has been prepared without considering your objectives, financial situation or needs, before acting on the information you should consider its appropriateness to your circumstances and if necessary, seek appropriate professional advice. We believe that this information is correct at the time of publishing and any opinions, conclusions or recommendations are reasonably held based on the information available at the time of its compilation but no representation or warranty, either expressed or implied, is made or provided as to the accuracy, reliability or completeness of any statement made.