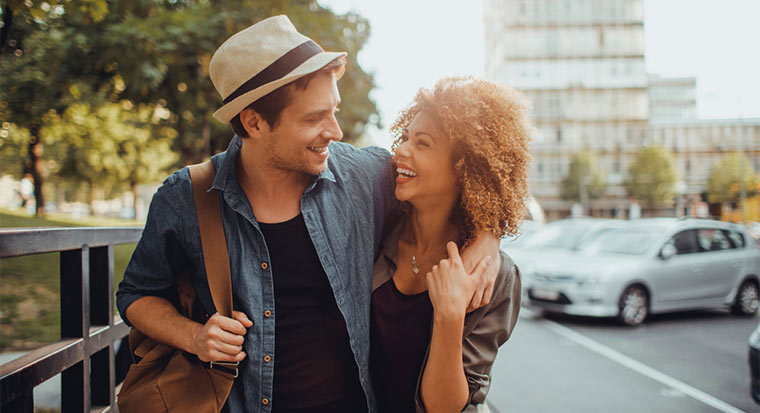 Case study: Easing the stress of illness and injury

At first, Michael considered income protection insurance to make his partner happy. Soon he realised that it was for his own happiness and wellbeing too.

This is a fictional scenario, created to illustrate the potential benefits of taking out income protection insurance.

Amrita owns and runs her own thriving physiotherapy practice. Her partner, Michael, works in IT. Both in their early thirties, at this stage in their life decided to focus on building their careers and enjoy an active lifestyle. Together they rent an apartment in the city and are saving for a property of their own. Without children, they are able to travel frequently – something they both really enjoy.

As a physiotherapist, Amrita sees a lot of patients who have suffered injuries leaving them unable to work for months. In her view, the patients who seem the most stressed are the ones who are suffering financial hardship along with their health condition.

Amrita talked to Michael about the stress that she sees some of her patients experiencing. She and Michael both agreed they would never want to go through that. Amrita’s pretty sure that she has some income protection in her super. Michael has no idea what cover he has. When they check their super, they discover that they both have some life insurance – but neither has any income protection.

Working by herself, Amrita understands how vulnerable her income is if something happens to her and she can’t work. Michael thinks workers’ compensation would cover him if he got sick or injured. But Amrita rightly points out that it won’t cover him if his injury or illness isn’t work-related. This makes Michael stop and think.

Michael goes online to find out more about income protection. He finds out that it could provide them with regular payments of up to 70% of their income, if an illness or injury meant they needed to take some time off work.

Michael is an optimist who’s always enjoyed very good health. But when Amrita mentions that their great lifestyle and future dreams depend on the incomes they both earn, he realises that income protection makes good sense. So he and Amrita decide to take out a policy. They both choose to take out cover with a 30-day waiting period that would provide cover for up to two years.

More than six months off work

One weekend, Michael was involved in a car accident, which resulted in multiple injuries. He remained in hospital for over a month. Afterward, he needed to take six months off work to fully recover. Michael only had two weeks’ worth of personal leave from his workplace, and almost no annual leave accumulated that he could draw on.

He decided to claim on his Income Protection insurance. After providing his doctor’s medical reports, and after the 30-day waiting period that he’d chosen when he took out his cover, Michael’s claim was successful.

While he was unable to work, he received monthly payments which helped cover his share of living expenses. This meant that he and Amrita didn’t have to draw on the money that they’d saved for a deposit on a property. It also meant he could use some of his insurance money to help pay for medical bills and rehabilitation.

Having this financial security took much of the stress out of the recovery process. Now back at work, Michael is very grateful to have recovered fully. Both he and Amrita are relieved that they took out cover – and are now enjoying Michael’s return to health.

This article is intended to provide general information of an educational nature only. The information has been prepared without taking into account your objectives, financial situation or needs. You should, before acting on this, consider the appropriateness to your circumstances and read the relevant Product Disclosure Statement and Target Market Determination before deciding to acquire any product.