Australia’s moniker of the Lucky Country will continue to ring true if analysts’ forecasts about the growth prospects of China and emerging Asia are correct.

Trade tensions between the US and China, along with rising interest rates in the US, are denting businesses’ optimism about export orders around the world. However, overall manufacturing orders are holding up due to strong domestic demand. That is one of the insights from IHS Markit’s global suite of Purchasing Manager Indices (PMIs).

Each month IHS Markit surveys more than 27,000 manufacturing and services companies in over 40 countries that represent 87% of global GDP to calculate the PMIs. Rajiv Biswas, Senior Director and Asia-Pacific Chief Economist at IHS Markit, said the PMI surveys are closely watched by central banks as they have proved to be a very good leading indicator of the outlook for the economy.

IHS Markit supplements the PMI surveys with its own macro-economic modelling. From that modelling it predicts that China will be the biggest growth engine over the next 10 years. It will account for about 30% of the world’s economic growth, said Biswas. Meanwhile India will contribute around 10% of global GDP growth in the coming decade. “This makes Asia-Pacific the most important growth engine in the next 10 years,” Biswas said.

According to Taylor, emerging Asia now represents 22% of the world’s economy (up from 12% in 2008) and Asia as a whole will account for 34% of the global economy this year, compared with 25% 10 years ago.

Despite rising US interest rates, Taylor provided reassurance on the credit rating outlook for the Asian corporates that Moody’s rates. That’s because most of the companies that have borrowed in US dollars have either natural hedges or financial hedges in place. He noted that capital flows into Asia have held up pretty well. A contributing factor is “Asia-fication”, namely regional investment funds and insurers beginning to buy Asian financial assets.

Focus on quality in commodities

The overarching theme of the presentation by Leonard Rowe, Director Business Development, Asia-Pacific at AME, is the growing importance of quality in commodity markets. For example, the shortage of very high quality thermal coal is attracting the interest of private equity companies. Rowe also pointed to the structural change in the pricing differential between iron ore with 58% Fe and 62% Fe.

He too was upbeat on the outlook for commodity demand given China’s One Belt, One Road multi-continent infrastructure initiative will generate continued demand for steel.

However it isn’t too late for investors to get involved in the commodity sector. Bruce Turner, Director of Central Portfolio Management at Fonterra, sees a huge opportunity in the dairy market compared with other soft commodities.

According to Turner, dairy is similar to oil in that it is a high-quality product with lots of price volatility and the market is supply-driven. Dairy is a 406 billion litre market but only 1/6th of the market – 66 billion litres – is traded. “People like trading sugar because it has a lot of leverage – 3:1 – but dairy has even more leverage – 6:1,” said Turner.

All up, the four presenters suggested there are many interesting ways for investors to benefit from Asia’s growth story. And as Biswar commented, “It is a pretty positive story for Australia to be linked with this region.” 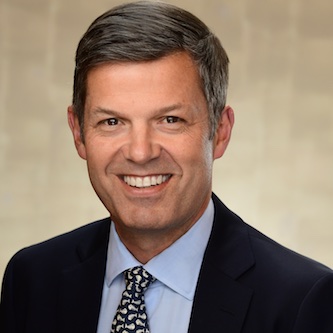 This information has been prepared solely for information purposes and is not to be construed as a solicitation, an offer or a recommendation by the Commonwealth Bank of Australia. It must not be relied upon as financial product advice and is not Investment Research. As this information has been prepared without considering your objectives, financial situation or needs, you should, before acting on this information, consider its appropriateness to your circumstances and if necessary, seek the appropriate professional, including taxation advice. We believe that this information is correct and any opinions, conclusions or recommendations are reasonably held based on the information available at the time of its compilation but no representation or warranty, either expressed or implied, is made or provided as to accuracy, reliability or completeness of any statement made. Commonwealth Bank of Australia ABN 48 123 123 124 AFSL and Australian credit licence 234945.