A disproportionate amount of the projected growth in the world’s population this century will occur in cities, particularly in Asia.

At our recent Austrapalooza Conference, a number of thought leaders provided insights into our future global demographics.  We’ve reviewed how this will propel infrastructure spend.

Bernard Salt, an Australian demographic consultant, explained that in the 20th century, the world’s population grew by four billion to six billion.  An additional five billion will be added in the 21st century. However, that growth will not be evenly split.

Firstly, between 1980 and 2010 the hotspot of global economic GDP moved east from the Atlantic to the Middle East, noted Dr Stefan Hajkowicz, Senior Principal Scientist at the CSIRO Data61 Foresight Unit.  By 2030 the hotspot will be Asia.[1]

Mr Salt also made the point that the world has two cities where the population has grown by ten million or more in just 15 years – Shanghai and Beijing.

Australia is on a different scale from rapidly growing populations like those of China, India and Indonesia.  Nevertheless, Mr Salt explained that relative to many advanced economies, Australia’s population is rising quickly. That’s due to the “Big Australia” policy of increased immigration.  Mr Salt provided the following forecasts:

Wes Ballantine, Transurban’s Group General Manager Queensland and Group Strategy, said 80% of Australian jobs are in cities and more than 50% of job growth is within 10 kilometres of the CBD. Yet less than 10% of jobs in our largest cities are within 45 minutes’ drive. Traffic congestion in Sydney and Melbourne is on par with North America’s largest cities.

A related issue is climate change.  At Commonwealth Bank we believe infrastructure projects must stack up not just economically, but also environmentally.

Dr Hajkowicz said much can be done to mitigate climate change. “For western OECD governments there are many options on the table that save costs or are cost-neutral to reduce greenhouse gas emissions. There are many engineering solutions to build resilient infrastructure and food production schemes that are resilient to climate.”

Mr Ballantine agreed. “We can’t build our way out of congestion.” He believes innovation, like Transurban’s dynamic tollways that are gaining traction in the US, and using technology to manage peak traffic, are essential.

How do we finance it?

Another demographic factor affecting infrastructure planning is the ageing population. Healthcare will take an increasingly large share of government revenue meaning there is less available to spend on economic infrastructure. Even in Australia where the working age population is growing at a decent clip, 40% of government taxes will be spent on healthcare by 2043 versus 25% today.[2]

Additionally, fuel efficient cars and electric vehicles render many traditional road funding mechanisms, such as fuel excises, ineffective. “The reality is the current funding model is fundamentally broken,” said Mr Ballantine, “and it will continue to get worse with an inverse relationship between funding and need.”

We think there is an imperative to think about the role of the government and the private sector in the financing and ownership of infrastructure. 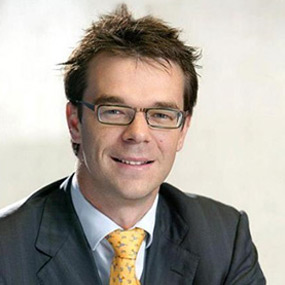 Scott has more than 18 years’ experience across equities and debt financing. He has worked on listed and unlisted equities, both domestic and international, primarily with unlisted infrastructure funds in the utilities sector.