Realisation of the new normal dawns on the legal profession

Realisation of the new normal dawns on the legal profession

There is muted optimism among Australia law firms as they respond to the reality that clients’ buying power is shifting.

Law firms’ perceptions of current business conditions improved materially from -37% to -18%, while expectations of likely business conditions in the coming 12 months picked up from 13% to 16%, according to CommBank’s latest Legal Market Pulse which surveyed 50 top- and mid-tier law firms in Australia.

Compared with our recent survey of accountants’, law firms aren’t nearly as optimistic as their counterparts in accounting.  This is partly explained by the fact that it is only now dawning on the legal profession that clients’ buying power has changed irreversibly.

Negotiating price with clients is the second most challenging part of doing business. In the US they’re calling it the new normal.

However, the fact that sentiment has improved from six months ago indicates that law firms are beginning to respond to the reality that they’re operating in a buyer’s market.

The shift in buying power is evident from the fact that more than 25% of total revenue is coming from work done for discounted hourly rates and almost 20% from fixed fee work. The incidence of both arrangements is slightly higher among top-tier firms than mid-tier firms.

The change has been driven by top-tier firms where optimism about the economy has lifted from 12% to 22% while the reading among mid-tier firms remains in negative territory.

The difference is partly due to the fact that larger firms get the lion’s share of merger and acquisition (M&A) activity in the economy. Being mission critical and therefore less price sensitive, M&A is generally a more profitable business area.

This is borne out by the finding that among the top-tier firms that grew revenue over the past 12 months, the most lucrative area of work was M&A and corporate advisory. This, along with the associated banking and finance activity, are among the areas where top-tier firms expect the best revenue growth in the next six months. 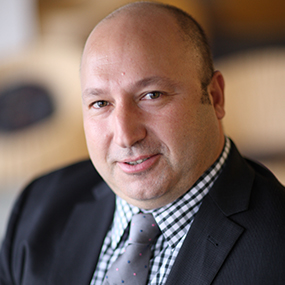