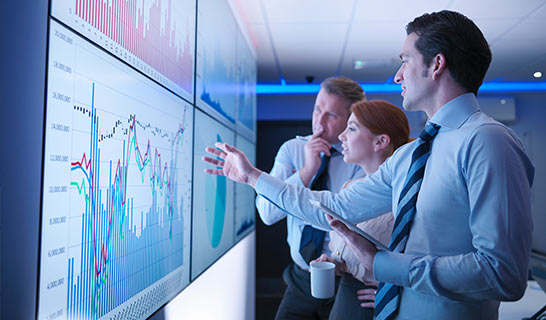 Public RMBS and ABS issuance of more than $30 billion in 2017 has already surpassed last year’s total volume of $24 billion, which means issuance for the year to date is close to a post-GFC record. One of the enabling factors has been improved sentiment in credit markets since the end of 2016.  The surge in supply has been accompanied by growth in mezzanine (mezz) investor participation. This has enabled a number of issuers to attract new investors to their securitisation programs.

Who are the mezz investors?

These are the investors in non-senior tranches. Mezz investors are predominantly asset managers. That’s because banks typically don’t invest in mezzanine tranches given they must hold more capital against them than senior tranches. The funding-only RMBS do not provide investment opportunities for mezz investors because only the senior tranche of such deals are sold to investors and the issuer retains the junior notes.

Why the increased participation?

Since the GFC they had relatively little investment opportunities in benchmark deals given that Australia’s major banks weren’t issuing capital-relief RMBS. That changed late last year. ANZ and Commonwealth Bank have broken the drought by pricing capital-relief RMBS over the past year. The combined effect of higher mortgage risk-weights for advanced internal ratings-based accredited banks, the approaching Net Stable Funding Regime and new “unquestionably strong” capital rules means that it is now more attractive for the major banks to issue capital-relief RMBS.

ANZ and Commonwealth Bank’s capital-relief RMBS were probably welcomed by some of the mezz investors. They have been quite vocal in conveying their interest in such deals to the major banks. In fact, it was reverse enquiries from investors for Medallion mezzanine notes that facilitated Commonwealth Bank’s capital relief RMBS issue. The distribution of mezzanine notes also introduced additional investors into the Medallion program. KangaNews reported that the mezzanine and subordinated tranches of ANZ’s Kingfisher Trust 2016-1 transaction were pre-placed prior to opening the books for the top-rated notes.

In addition, the deal size of some of the non-major bank and non-authorised deposit-taking institution’s (non-ADIs) RMBS this year hit a post-GFC record. Suncorp issued two RMBS worth $2.75 billion this year.  According to Commonwealth Bank’s Fixed Income Strategy team, this is the largest aggregate volume printed by Suncorp in a given year since 2005.

In the non-ADI sector, Resimac has priced $1.7 billion of prime RMBS so far this year. That is a record for Resimac.  Non-ADIs in the prime mortgage space have benefited as the Australian Prudential Regulation Authority (APRA) implemented measures to restrict riskier lending by ADIs. These bigger RMBS issues have enabled issuers to create opportunities for larger participation by mezz investors.

But supply itself doesn’t create demand. Moving down the capital stack provides investors with relative yield pick-up, especially when spreads are tightening in various parts of the market. The mezz notes of a number of deals in 2017 were well bid, to the point they were oversubscribed and resulted in the notes being priced tighter than initial guidance.

SMHL Series Securitisation Fund 2017-1 and AFG 2017-1 Trust Series 2017-1 RMBS are just a few examples of transactions where the mezzanine tranches were priced inside of initial guidance.

What does the future hold?

The regulatory developments that led ANZ and Commonwealth Bank to market capital-relief deals are here to stay. Putting aside relative spread movements, the current regulatory environment remains conducive for capital-relief RMBS versus funding-only RMBS. If this trend continues, this should enable issuers to attract and maintain a healthy breadth of mezz investors. Moreover, upcoming APS120 is likely to bring some restructuring in the warehouse space that would further support greater mezz investor participation. On the other hand, any potential change to the Banking Act that gives APRA additional power over non-ADI lending could see a negative impact on future non-ADI RMBS volume.

What are the risks to mezz investors?

The rule of averages doesn’t really apply to mezz investors as they are exposed to tail risk. Low weighted average seasoning in some recent RMBS could pose risk for mezz investors if rates start to rise from next year or if the housing market undergoes a large correction. New borrowers tend to have less equity built up and therefore are more susceptible to shocks. Additionally, RMBS and ABS arrears rates have been slowly ticking up from their recent low levels. This is not unexpected. The impact from the mining downturn, along with underemployment and low wages growth, continue to impact some borrowers’ ability to service their mortgages. Recent ABS data, however, show that the economies of the two mining states – Western Australia and Queensland – are now performing more strongly.