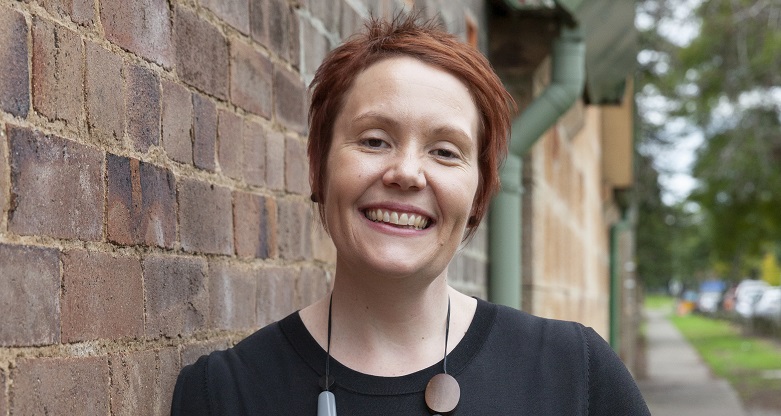 Being a leader doesn’t mean you can’t be yourself

How does a front line social worker land a CEO role? For Liz Forsyth, CEO of disability services provider Northcott, it came down to three key factors.

How does a front line social worker land a CEO role? For Liz Forsyth, CEO of disability services provider Northcott, it came down to wanting a job with purpose, pursuing an unconventional executive career path, and above all, being authentic and willing “to give it a crack”.

Her “interest and passion around social justice” steered Liz’ Arts degree towards social work. After front-line roles in child protection and inter-country adoption, she left Sydney for a part-time position at Northcott near Coffs Harbour. Liz soon got a management role which led to a diverse range of responsibilities, including innovation, customer experience, and business development.

Ten years on, she had the breadth of experience to become CEO of CareSouth in 2018. Liz returned to Northcott in late 2019 to lead its integration of Creativity Inc and then its response to the COVID-19 pandemic. She was appointed CEO in September 2020.

Stepping into the unknown

Liz’s rapid move from front-line social work to operational and leadership positions spanning vastly different areas reflects her enjoyment in moving out of her comfort zone to take on new challenges. “My philosophy is to just give it a crack,” says Liz. “I have a level of confidence in my ability to step into something that may be uncomfortable or unknown. I don’t come in pretending to know. I come in to understand and try to do the best within what we are trying to do.”

Liz gets her energy and enthusiasm from working with, and through, people to achieve outcomes. She also firmly believes in having a laugh, saying “humour gives us the strength” to face challenges rather than being overwhelmed by them.

Those challenges include the industry’s transformational reform through the NDIS, which Liz likens to turning around a cruise ship that is arguably still turning. The massive overhaul had many moving parts, “so we really had to focus on the critical aspects of the transformation,” says Liz.

Having understood what needs to be done, Liz focuses on “getting the principles right, getting the strategy right, and then leaving it to the right people to execute”. Getting the principles right includes understanding the why – giving people with a disability access to the support they are entitled to and deserve – and focusing on what matters. Liz also simplified and worked to strip back the complexity of NDIS so that staff could understand the scheme of work and execute it.

Liz believes it is crucial that people can see movement happening with any large-scale transformation, particularly those without a definitive endpoint. She does this through “tactical action plans that just start us moving in the direction”. It comes back to giving it a crack, “let’s try, let’s start somewhere and then adapt, change and respond to what is happening”.

Focusing on what matters most, simplifying otherwise complex issues, giving it a crack, and having a laugh with the team are hallmarks of Liz’s authentic leadership. “I am just Liz, and I have a job,” she says. “I have a responsibility and obligation to be a good leader, but I am still just who I am.”

Rather than being caught up in exercising power and deliberately presenting as a polished professional, Liz relies on being her natural self and her natural tendency to engage with people to bring staff along with her. Liz believes “you get a lot of credibility and respect as a leader if you are genuine and real”.

As a result, Liz’s relationship with her executive team is based on being able to openly talk, discuss and debate. “That inevitably comes from people relating as people rather than relating as a particular job title or leadership role.”

Across the organisation, “it is how you engage with people and how they engage with you,” says Liz. Being authentic, having fun and being engaging and enthusiastic “rubs off on people because that is the environment in which we work”.

Thinking about lateral movements, not just up

Liz describes her management development path as “moving sideways” rather than aiming to ascend the seniority ranks. Her attitude is, “I have never done it before, but it is a new opportunity, and I am willing to learn”. This enabled her to be considered for CEO roles “because you have that ability to understand how you need to lead across a whole business, as opposed to a single function”.

Liz says being an effective CEO, particularly when dealing with transformative work, requires the ability not to think about all the responsibilities and tasks at once as it can be terrifying. “I relish challenges, but you have to manage how you deal with that personally and how, as a leader, you segment your thinking. That’s how I overcome the potential for inertia when things can otherwise be overwhelming.”

This article represents opinions and views of the interviewees’ personal experiences only. It does not have regard to the situation or needs of any reader and must not be relied upon as advice. It is not intended to imply any recommendation or opinion about a financial product or service. Before acting on this information, consider its appropriateness to your circumstances. Commonwealth Bank of Australia ABN 48 123 123 124.