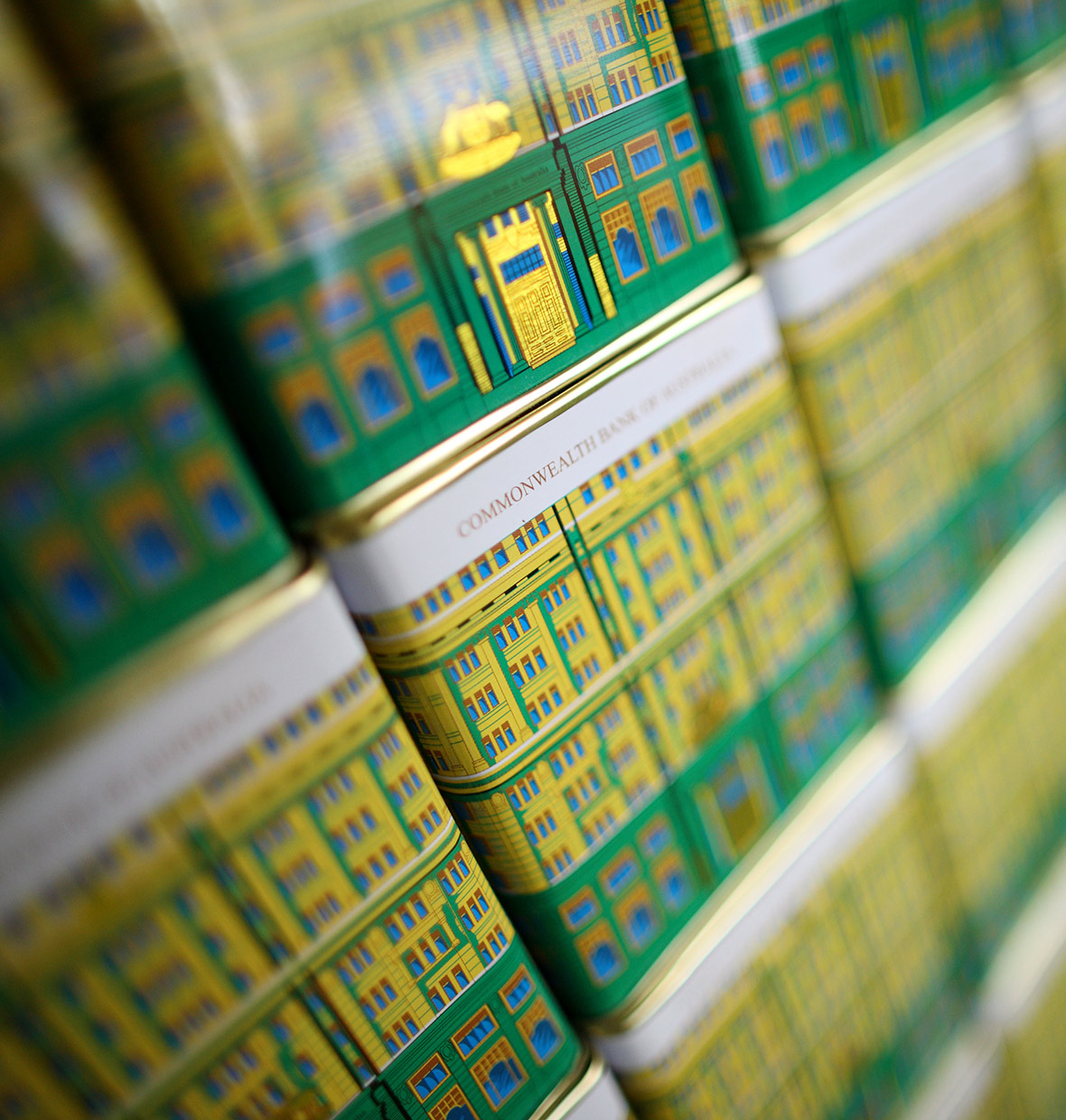 The changing face of banking. 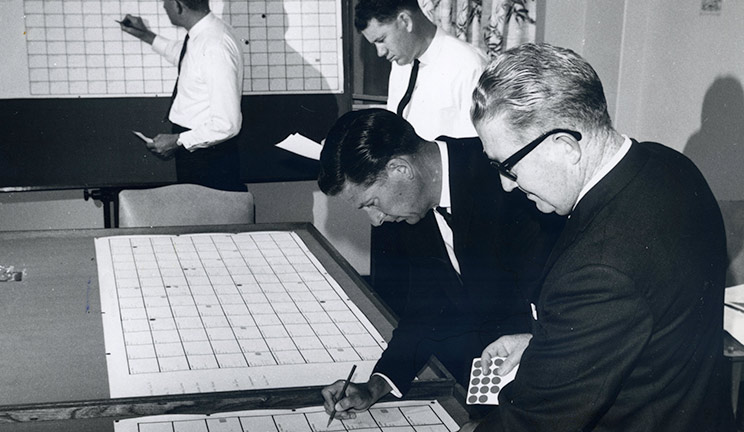 Mechanisation had gradually replaced traditional hand posting methods in use since the Commonwealth Bank’s foundation. In December 1969, we introduced the ‘Black Light’ Signature System, which recorded ‘invisible’ signatures in passbooks enabling withdrawals at branches other than the customer’s own without making prior arrangements.

Computers started to change the way internal processes, telling facilities and routine operations were conducted. Our online computer network was complete on 15 July 1985 when the Norfolk Island branch joined in. Plastic credit and debit cards began to be used as the basis for transactions, starting with the launch of Bankcard in 1974, then Keycard in 1981. The Commonwealth Bank affiliated with Visa International and Interbank Card Association (Master Charge) in 1979.

Automatic telling machines (ATMs) began with the launch of Autobank in 1981. EFTPOS (Electronic Funds Transfer at Point of Sale) commenced in 1984 and electronic home and office banking became available in 1985. 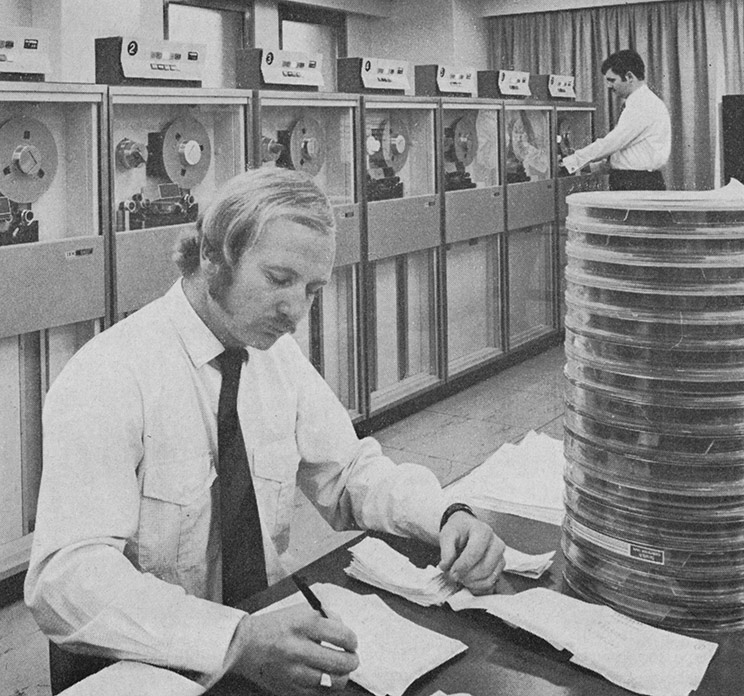 Deregulation of the banking industry

Merger with State Bank of Victoria