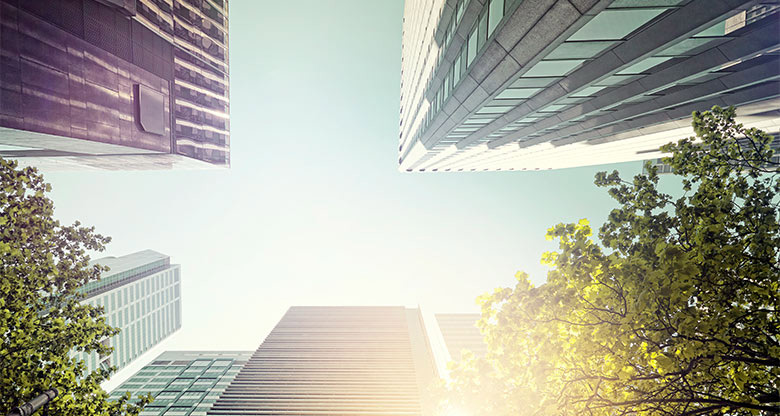 Environmental, Social and Governance (ESG) is now front and centre of investing – and property is no exception.

Environmental, Social and Governance (ESG) is now front and centre of investing and property is no exception. The number of buildings being rated green, including sustainable development and investment, has been steadily growing and the benefits are clearly both environmental and financial.

Globally, much has been written on green buildings. Back in 2013, the World Green Buildings Council released a comprehensive report reviewing costs and benefits and these are still relevant today. The Business Case for Green Building highlighted reduced design and construction costs, increased marketability leading to higher rents and prices, lower operating costs, improved workplace productivity and health, as well as regulatory risks associated with having inefficient buildings.

In Australia, the introduction of NABERS (National Australian Built Environment Rating System) in 1998 has supported the rise of green buildings locally. NABERS has provided the market with a standardised measurement using a sustainability rating (one to six stars) focused on the operational aspects of buildings. Energy, water, waste and indoor environment efficiency are measured.

Since its introduction, the number and type of buildings assessed and rated has grown considerably. Statistics from NABERS FY20 Annual Report show 4,082 ratings applications were received last financial year, more than four and half times higher than the number received 10 years ago. Buildings assessed include offices, shopping centres, hotels, apartments, data centres and hospitals.

In 2003 the Green Building Council of Australia developed Green Star, a rating system where projects are assessed according to their sustainability impact from as early as design phase. Rating tools have been developed for communities, design and as built, interiors and performance of a building.

Similar to NABERS, a wide range of projects are assessed from office buildings, retail fit-outs, airports and university campuses to name a few. According to the Green Star FY2019 report, 2,000 assets (buildings, fit-outs and communities) have received Green Star ratings. Economic benefits for obtaining a Green Star certification include creating a better performing building with 60% of members surveyed (2018/19) estimating the payback period for Green Star was no more than 5 years.

In today’s low interest rate environment, investors are looking at alternative ways to increase the returns of their property investments by adding value through improving their sustainability. This, in turn, improves the attractiveness of the building to tenants and lowers operating costs, thereby boosting income.

CBA is proud to support sustainability initiatives by offering special financing terms to Business Bank customers for investment or development of energy-efficient and low-carbon buildings.

Talk to us for a confidential discussion about how we can work with your company.