Independent supermarket chain stays ahead of the curve

Independent supermarket chain stays ahead of the curve

Tony Bernardi has learned a thing or two in the six decades since arriving in Australia. Today they own five independent supermarkets across central NSW.

The supermarket business might seem like a daunting space for independent operators, but the Bernardi family stays ahead of the curve through careful selection of new sites, rigorous attention to product quality and keeping a close eye on their pricing.

Their Forbes, NSW, store is home to a large warehouse that gives them the flexibility to make bulk purchase decisions. The warehouse capacity is unusual in an independent supermarket operation but its development was a strategic investment that keeps the Bernardis competitive.

It’s a strategy that appears to be working. The Bernardis are working towards doubling their footprint in the next five years.

The Bernardi enterprise started 60 years ago when Tony Bernardi arrived in regional Australia from his native Italy. He launched the business selling produce from the back of a truck.

“I’m a salesperson by nature. I like people,” he says, “but getting started in supermarkets is hard. You don’t buy knowledge; you learn by making mistakes and you don’t make them twice.”

Tony’s three adult sons, David, Peter and Joe, are now an integral part of the business which today employs over 550 staff.

“There was an empty shop next to one of our supermarkets so we just launched it. We had no idea what we were doing. We bought second hand shelving and we marked prices by hand,” he says.

He obviously got something right, because Discount Dave’s stores now operate as offshoots of each supermarket, as well as two standalone stores.

While David focuses on buying and chasing down the best deals from suppliers, his brother Peter oversees operations, while Joe is in charge of marketing. All three started on the shop floor and learnt the business from the bottom up.

“I was straight in at 16, carrying groceries for customers and sweeping the floor in the fruit and veg aisle,” Joe says, adding that despite their low-key entry to the operation, he and his brothers are intent on running a lean and process driven business.

“The way we work together is still being refined but decisions are based on data,” Joe says. “Our five year plan is to be twice the size, with 10 full-line supermarkets and 20 Discount Dave’s stores.”

Peter agrees that there are still bumps to be ironed out in the working relationship of this new generation.

“About five years ago we employed a consultant who helped us clarify our roles and start thinking differently about what it means to operate a bigger business.”

Meanwhile, Tony Bernardi still turns up for work pretty much every day, and he still sees himself as the fruit and veg vendor he is at heart.

In recent years, he tried his hand at retirement, but the pace didn’t suit him. “They forced me to go and play bowls. I was the only person who could play three games at once!” 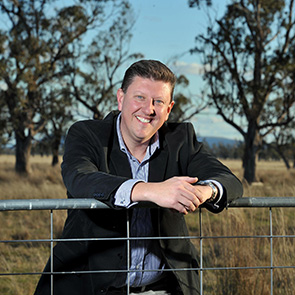