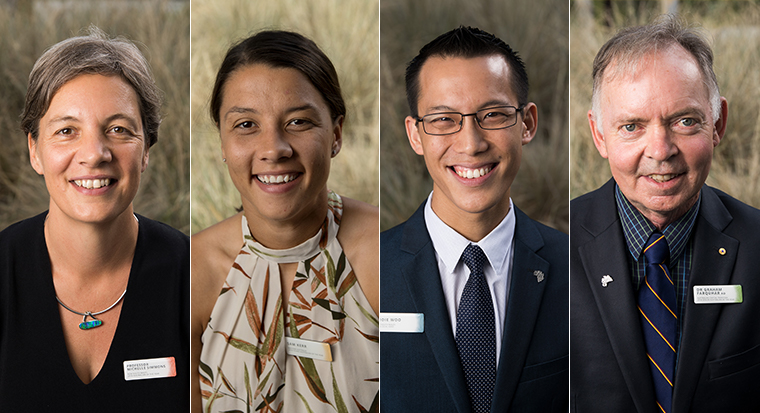 Every year, the Australian of the Year Awards celebrate great people and great achievement.

From a local teacher to a national sports hero, we can all think of at least one person who’s made a difference in our community or Australian culture in the past year.

Every year, the Australian of the Year Awards celebrate people like this – people who make an impact. We are a sponsor of the awards, because we believe it’s important to support such an extraordinary group of respected Australians.

The one thing that all recipients have in common is that they’re making a positive difference to communities and societies at large. For example, the quantum computing research undertaken by Professor Simmons has the potential to revolutionise medical treatments, weather forecasting, self-driving vehicles, and artificial intelligence.

What are the categories?

For 2018, maths teacher Eddie Woo was the Local Hero recipient. Known for making maths fun, Eddie is the head mathematics teacher at NSW's biggest high school and his video site ‘Wootube’ has over 100,000 subscribers and more than eight million views worldwide.

Soccer player Samantha Kerr was the Young Australian of the Year. Sam is a great ambassador for all women's sport and is in her fifth season in America's National Women's Soccer League - recently she became the team's top goal scorer of all time.

Dr. Graham Farquhar was named Senior Australian of the Year for 2018 for his work that is changing our understanding of photosynthesis – a foundational process for all life on Earth.

You can help nominate the next Australian of the Year