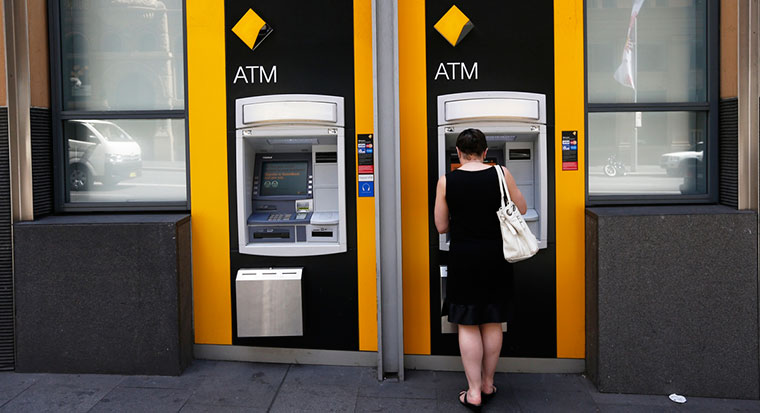 Australia’s largest bank will pay an interim dividend of $1.99 a share for the six months to 31 December 2016, 1 cent higher than a year ago.

Commonwealth Bank of Australia (ASX: CBA) posted a record cash net profit after tax (NPAT) of $4.91bn for the first half of the 2017 financial year, a 2% increase from $4.81bn for the same period in the previous financial year.

That beat the median analysts' estimate of $4.81bn cash earnings, according to Bloomberg data.

The bank’s statutory NPAT, which included a one-off gain on investment sale and amortisation expense, grew 6% to $4.9bn from $4.62bn previously, CommBank said in a statement on Wednesday.

Some banks in Australia, including CommBank, provide cash earnings in addition to statutory figures to better reflect their underlying operating results.

Australia’s largest bank by market capitalisation declared a fully franked interim dividend of $1.99 a share, 1 cent or 0.5% higher than a year earlier. That meant a dividend payout ratio of 70% of cash NPAT.

Investors must own CommBank shares before the ex-dividend date of 22 February to be eligible for the dividend, which will be paid on 4 April, the banking group said.

Shareholders may opt for the bank’s dividend reinvestment plan (DRP) to receive new shares in place of all or part of the cash payout, with no discount for shares issued under the DRP.

CommBank said its operating income improved 6% to $13.1bn, underpinned by “strong home lending and solid corporate lending, together with growth in deposits”.

However, the group’s net interest margin fell 4 basis points to 2.11% due to higher funding costs.

Total customer deposits were up 8% to $541bn, contributing 66% to the group’s total funding.

CommBank’s Common Equity Tier 1 (CET1) capital was 9.9% at the end of 2016, down from 10.2% in December 2015, following new requirements by the Australian Prudential Regulation Authority (APRA) for banks to set aside more capital for their residential mortgages portfolio beginning July last year.

The bank’s CET1 capital position in international standards was 15.4%, up from 14.3% previously, and “ranks near the top of the top quartile of international peer banks”, it stated.

“We have invested carefully but consistently over many years, leading to ongoing revenue and balance sheet growth, and continuous innovation for our customers.

“At the same time, our emphasis on productivity has ensured that expense growth is fit for the times,” he said.

Narev said while the Australian economy has seen more positive trends recently, risks from around the world remain.

“The combination of geopolitical volatility and weak economic recovery in parts of the world means the risk of market volatility, and indeed economic shock, remains heightened,” he noted.

“Our job as a major financial institution is to maintain a focus on the long term, whilst ensuring that we can withstand nearer term shocks,” he said.

What investors need to know about dividends

What is fundamental analysis?

This article is intended to provide general information of an educational nature only. It does not have regard to the financial situation or needs of any reader and must not be relied upon as financial product advice. The inclusion of companies in this article does not constitute a recommendation and it’s vital to remember that the value of shares in any company can fall as well as rise, which means you could lose money by investing in them. Investors should consult a range of resources, and if necessary, seek professional advice, before making investment decisions in regard to their objectives, financial and taxation situations and needs because these have not been taken into account. Any securities or prices used in the examples given are for illustrative purposes only and should not be considered as a recommendation to buy, sell or hold. Past performance is not indicative of future performance. Commonwealth Securities Limited ABN 60 067 254 399 AFSL 238814 (CommSec) is a wholly owned but non-guaranteed subsidiary of the Commonwealth Bank of Australia ABN 48 123 123 124 AFSL 234945 and a Participant of the ASX Group and Chi-X Australia.