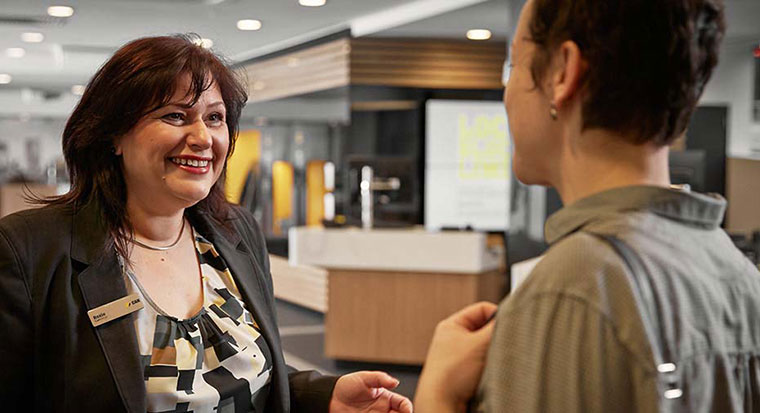 Commonwealth Bank of Australia (ASX: CBA) posted a cash net profit after tax (NPAT) of $4.735bn for the first half of the 2018 financial year, a 1.9% decrease from $4.91bn in the same period of the previous financial year.

The result included a $375m expense provision which CommBank said it believes to be a reliable estimate of the civil penalty a Court may impose in the Australian Transaction Reports And Analysis Centre (AUSTRAC) proceedings.

Another $200m was included for expected costs related to currently known regulatory, compliance and remediation costs, including the Financial Services Royal Commission.

CommBank declared a fully franked interim dividend of $2.00 a share, 1 cent or 0.5% higher than a year earlier. This means a dividend payout ratio of 72% of cash NPAT.

Investors must own CommBank shares before the Record Date of 15 February 2018 to be eligible for the dividend (new investors must buy by 14 February), which will be paid on 28 March 2018.

Shareholders may opt for the bank’s dividend reinvestment plan (DRP) to receive new shares in place of all or part of the cash payout, with no discount for shares issued under the DRP.

Some banks in Australia, including CommBank, provide cash earnings in addition to statutory figures to better reflect their underlying operating results. The bank’s statutory NPAT grew 1.2% to $4.895bn, CommBank said in a statement to the Australian Securities Exchange (ASX).

CommBank said its total operating income for the half year increased by 2.3% to $13.122bn and this was “primarily driven by a 6.2% increase in net interest income”.

The group’s net interest margin improved 6 basis points to 2.16%. CommBank identified the key driver of this increase as volume and margin management in lending and deposits.

Total customer deposits were up 5% from this time last year to $568.3bn, contributing 68% to the group’s total funding.

CommBank’s Common Equity Tier 1 (CET1) capital was 10.4% at the end of 2017, up 50 basis points from December 2016. This includes the impact of the provision for the estimated AUSTRAC penalty.

The bank’s CET1 capital position in international standards was 16.3%, up from 14.3% previously, and “maintaining CBA’s position in the top quartile of international peer banks for CET1”, according to CommBank’s statement.

Outgoing chief executive Ian Narev said CommBank’s focus over the past six months had been on fixing mistakes and becoming a better bank.

“Customer satisfaction has remained high and customers are doing more with us, with transaction account volumes a stand-out. Combined with disciplined margin management, on-going productivity and stable credit quality, this has again produced industry-leading underlying performance,” he said.

“The pride and dedication of our people have also enabled continuing business momentum across CBA. This result underlines the continued impact of our strategy of investing in our people and technology.”

“We have taken a significant provision for regulatory and compliance costs, consistent with accounting standards. We have also taken a $375m expense provision which we believe to be a reliable estimate of the civil penalty a court may impose in the AUSTRAC proceedings,” he said.

“At the same time, we have been able to increase our dividend, even whilst providing for these costs, and strengthening all aspects of our balance sheet so that we can support customers and deliver returns for our shareholders into the future.”

CommBank announced on 29 January this year that Matt Comyn would take over as chief executive from 9 April.

What is reporting season?

This article is intended to provide general information of an educational nature only. It does not have regard to the financial situation or needs of any reader and must not be relied upon as financial product advice. The inclusion of companies in this article does not constitute a recommendation and it’s vital to remember that the value of shares in any company can fall as well as rise, which means you could lose money by investing in them. Investors should consult a range of resources, and if necessary, seek professional advice, before making investment decisions in regard to their objectives, financial and taxation situations and needs because these have not been taken into account. Any securities or prices used in the examples given are for illustrative purposes only and should not be considered as a recommendation to buy, sell or hold. Past performance is not indicative of future performance.