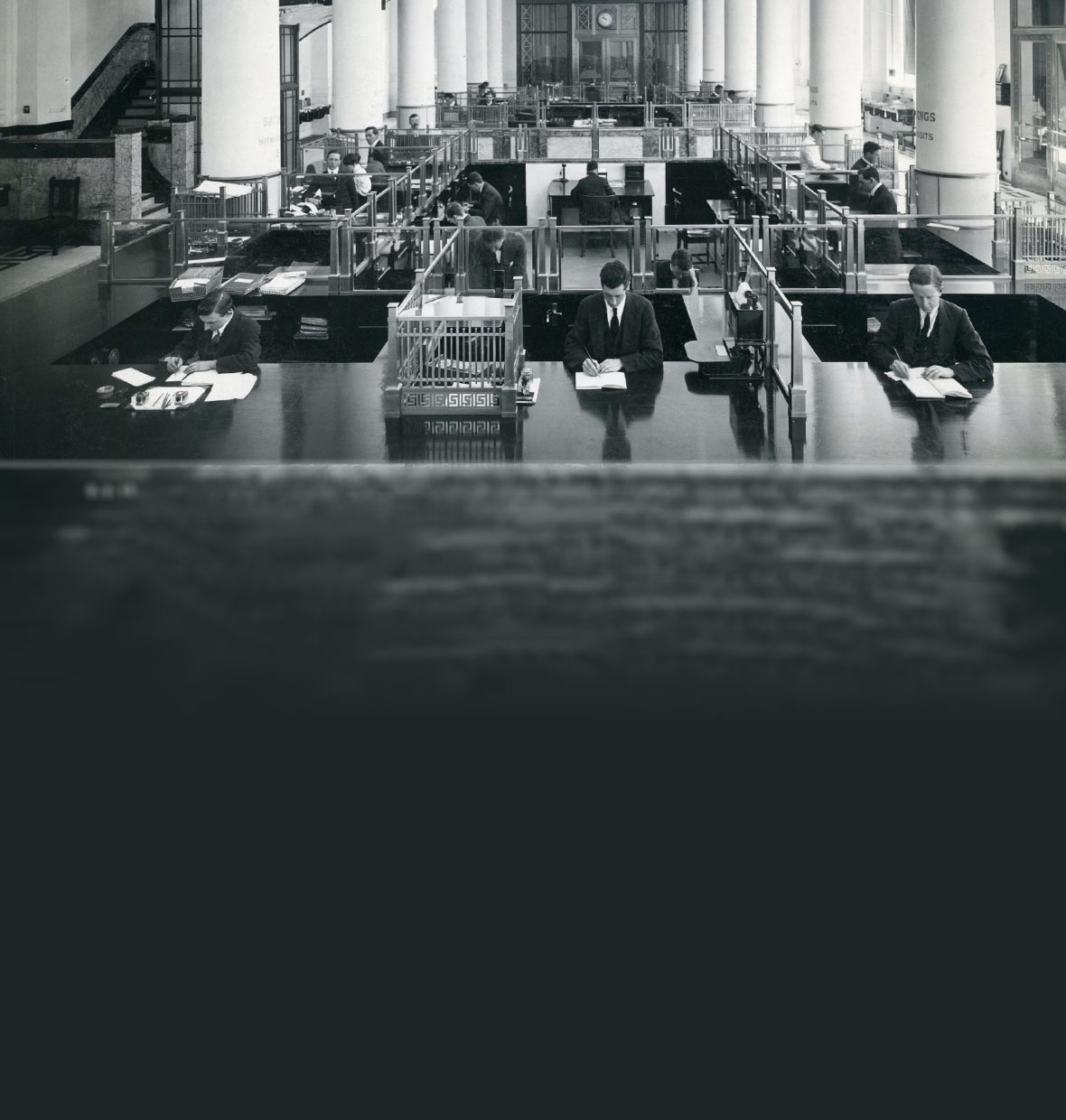 The beginnings through to development as a central bank.

First branch opens in Melbourne at 317 Collins Street on 15 July, with 12 staff and Mr (later Sir) Denison Miller as Governor.

Merger with the State Bank of Tasmania.

The Commonwealth Bank plays a key role in assisting the government during World War I, including providing regular banking services to thousands of servicemen both home and abroad.

The Commonwealth Bank opens its new head office at 120 Pitt Street, Sydney. It would later become known as the ‘money box’ building because the Bank’s widely recognised money box was modelled on this building.

The staff Community Fund is established to provide cots for infants. The Fund, which now focuses on the health and wellbeing of children, is Australia’s oldest workplace giving program. 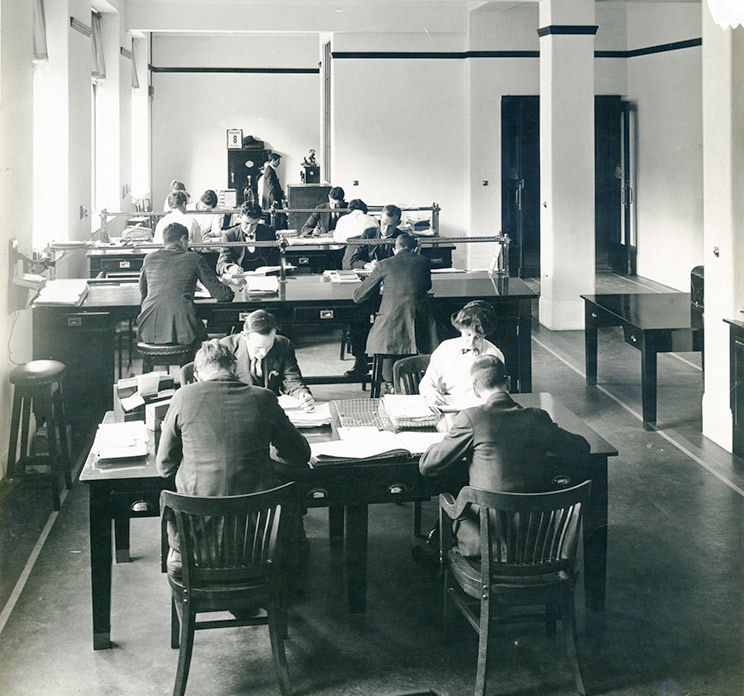 Outbreak of World War II and powers are confirmed on the Bank by emergency legislation to assist in the war effort. As in World War I, the Commonwealth Bank provides banking services to Australian troops serving abroad. 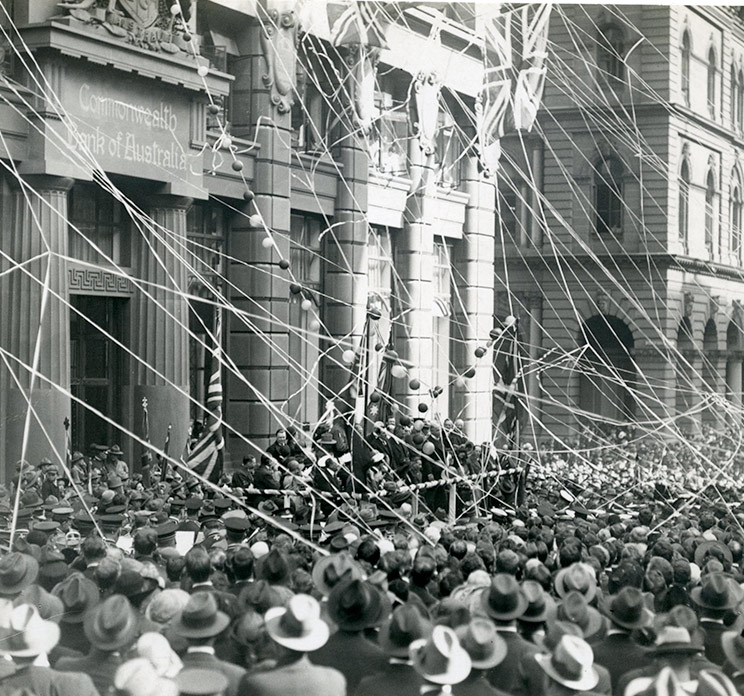 The establishment of the General Banking Division marks the Commonwealth Bank’s entry as a real competitor in the business market.

The establishment of the Commonwealth Trading Bank accelerates the Bank’s competitive presence. The creation of the Foreign Division commences the Bank’s international and Asian Expansion.

Controversy over the Bank’s dual role as a trading/savings bank on one hand and a central bank on the other comes to a head. The government introduces legislation to separate the central banking functions of the Commonwealth Bank from its commercial banking side. 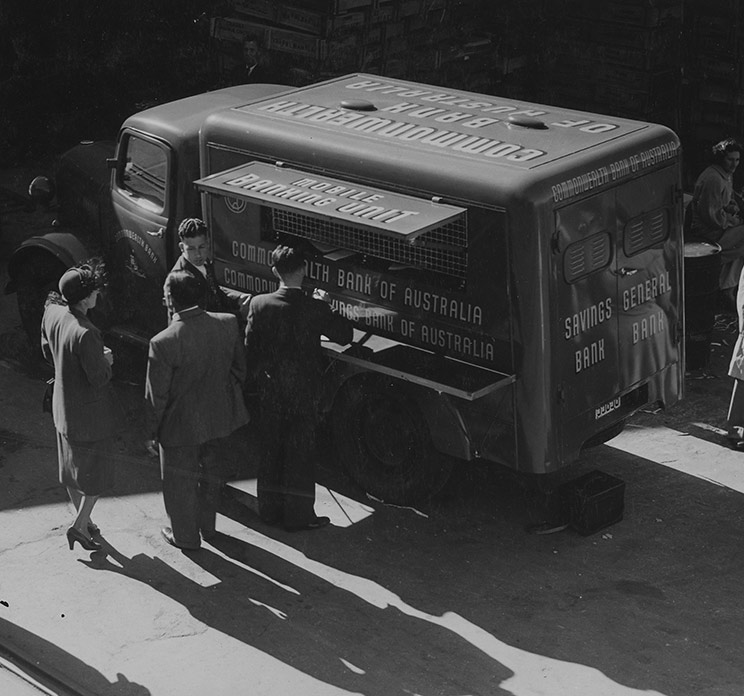