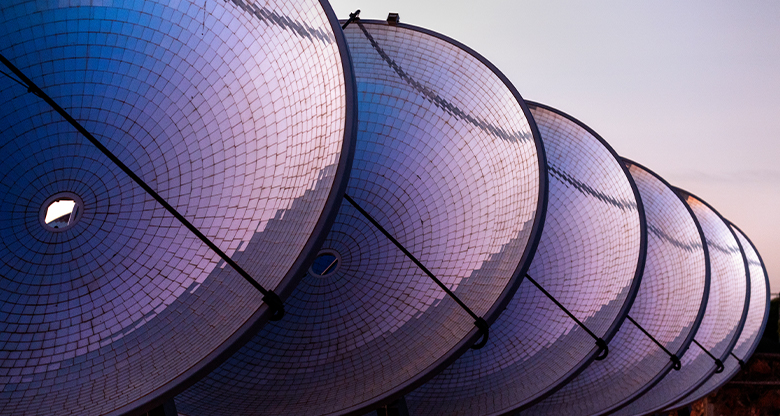 Renewables can create more than energy

They can create a new future – one that is sustainable as well as profitable. And Australia has the resources and investor interest to make it happen.

Australia’s renewable energy market has expanded rapidly in recent times. What was once a niche technology heavily reliant on government stimulus is now mainstream and costs are falling sharply.

With that shift come new stakeholders, new investors, new customers and importantly, innovation. There are significant challenges but if Australia can find solutions, it has the capacity to provide energy for the world.

The Commonwealth Bank’s latest webinar in its series ‘Navigating the new landscape’ heard that costs have fallen dramatically and that has been a game changer.

“The cost of solar modules has fallen by 94 per cent over the past decade. The cost of lithium-ion batteries has fallen by 86 per cent and the cost of wind turbines has fallen by about 35 per cent. But efficiency has grown dramatically over that period,” said Leonard Quong, Head of Australian Research at Bloomberg NEF, an independent research firm studying the global low carbon transition.

“This is a global story. About two thirds of the world’s population now lives in a country where building renewables is the cheapest form of electricity generating capacity.”

Vicki Rigg, Executive Director at Palisade Investment Partners, an infrastructure fund manager for superannuation investors and high net worth clients that has been investing in renewables since 2008, said renewable generation is the cheapest form of new generation within the National Electricity Market (NEM) and the significant decrease in price has made huge build out of renewables possible.

In 2019, more than 20 per cent of energy was provided by renewable sources in Australia. “Records are being broken all the time. A couple of weeks ago in South Australia there was an hour where all the power in the state was provided by solar power, which is a huge step forward for the country when it comes to fulfilling the significant trend of decarbonisation,” Rigg said.

What is encouraging is that there is a huge investment appetite in the sector, in line with the broader interest in sustainable investing and by the need to retire ageing coal generators.

Charles Davis, Executive Director of Energy, Institutional Banking & Markets at Commonwealth Bank of Australia, says the bank is one of the largest financiers of renewable energy in Australia and has a global book of about $4.2 billion. “That’s a significant investment and one we’re looking to increase.”

He said there’s a drive from nations and business to accelerate decarbonisation. China has recently committed to net zero by 2060 and Japan and South Korea by 2050, while the EU has recently accelerated its 2030 commitments. Businesses are seemingly competing to see who will commit to net zero at the earliest possible time.

“Pair that with investor demand … and that is leading to a continued build out of this sector,” said Davis.

But he said how the targets will be achieved will require flexibility and likely change over time given the horizons. Plans are underway and will change with new leadership and new technology. Quong characterised hitting net zero by 2050 as a Herculean task while Rigg suggested shorter-term, more meaningful goals, which organisations are held to would be a more effective place to start.

The interest and capability are clearly there. So what are the challenges for the sector and investors?

This year’s health crisis hasn’t shaken the market to its core as it has other sectors but it has led to falling demand which has forced down merchant prices. Despite this short term softness in prices, Davis said that third party price forecasts continue to support investment over the longer term.

One of the biggest challenges facing Australia’s market is the lack of infrastructure to support intermittent generation. Transmission infrastructure has not kept pace with the speed of generation development. This could dampen the market’s enthusiasm for the sector as it introduces additional risks. New projects face increased grid connection uncertainty, but as Rigg highlighted, the continued development of the transmission network is an issue for all projects no matter their age because curtailment risk, and the risk of facing additional MLF (marginal loss factor) charges is triggered by new developments in the local area.

“If new developments increase the cost of transporting electricity from a particular location, under the current system, that cost is shared by existing projects rather than the cost being borne only by the new development.” said Rigg.

All panellists said government policy had failed to keep pace as innovation flooded the market. “There’s a lot going on,” said Quong, “and that makes the pathway to new investment a bit difficult”.

Davis added that truly thoughtful regulation that doesn’t stifle investment was also needed. “These are long-life assets … and investors are looking for certainty,” he said. “It needs to be really clear that the risks are allocated to those who can best control them and that doesn’t increase the cost or scare off investors.”

Storage of excess capacity is another challenge but one that could be solved by targeted investment. The prevalence of rooftop solar means there are large periods of the day when supply significantly exceeds demand. That’s an opportunity for investors to find storage solutions so that excess can support the network. But Rigg said investors were struggling to make the economics work, for batteries, pumped hydro and hydrogen.

Australia’s renewable energy sector is now well established and from a construction perspective the wind market has been more stable. Solar has experienced a rapid expansion and Investors are looking to see who the main contractors will be to lead the market forward.

Nevertheless, the country is uniquely placed to thrive thanks to its abundant resources, land availability and proximity to Asia. Bloomberg NEF expects global investment in renewables to be directed towards Asia and that will benefit Australia.

“Think bolder … and the possibilities are endless. Australia’s generation could exceed demand by multiple times if an export market can be developed,” said Davis.