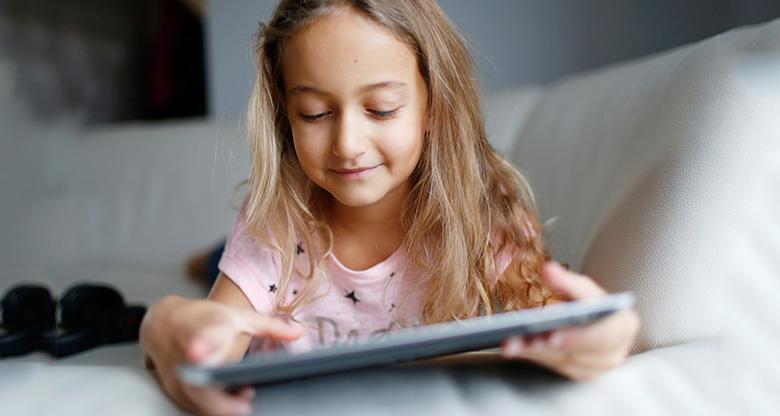 Children are earning more pocket money than their parents ever did, according to CommBank's latest School Banking Study.

Aussie children on average get $6 a week from the age of six, whereas their Gen X parents received just $1.67 at the same age.

Veronica Howarth, CommBank’s Head of School Banking and Youth said, “This is a significant increase in children’s earning power compared to that of their parents at the same age. Taking inflation into account, it equates to them getting nearly 63% more pocket money than their parents, so helping children understand the value of money is really important.”

The study also showed that over half of Aussie children prefer to save their pocket money for big ticket items, rather than spend it straight away. And unsurprisingly, they’re spending most of their hard earned dollars on tech gadgets and gizmos.

Explaining the concept of digital money presents the greatest challenge to parents though. 60% of parents said their children struggle to grasp innovations like cashless transactions and, as a result, have less understanding of money than they did at the same age.

Howarth said, “Not enough parents sit down with their children to explain that real money is actually exchanged when using things like Tap & Pay.”

The Study showed that while most parents give pocket money as cash-in-hand, others are alternating between cash and online bank transfers so their children experience cashless transactions first hand.

And in an attempt to make digital an everyday part of their children’s banking experience, some parents are actively demonstrating how digital innovations like ‘tap and go’, online banking, mobile apps and ATMs work.

What’s clear from the Study is that parents are instilling strong savings habits in their children, encouraging them to be resourceful rather than giving them a free-ride.

72% said they also award extra pocket money when their children complete tasks and chores, choosing to use this incentive as a way of teaching the value of money and promoting good saving habits.

Howarth said, "It's never too young to teach children about money. The whole ethos of our School Banking program, now in its 87th year, is to help parents teach their children regular savings behaviour. We know that having a goal is important to children, making it visual is crucial."

And instead of spending as soon as they earn their money, the study showed that the ‘digitally-savvy’ millennial generation are saving the majority of their pocket money so they can afford big ticket items like smartphones, tablets and virtual reality headsets as well as online vouchers.

This is in marked contrast to their parents who, at the same age, were spending big on books, toys and clothes.

The Commonwealth Bank School Banking Study is an online survey of 1,049 parents across Australia undertaken by ACA Research in December 2016

Should you give your children pocket money?

How to teach children about cash vs. digital money

Setting saving goals with your kids