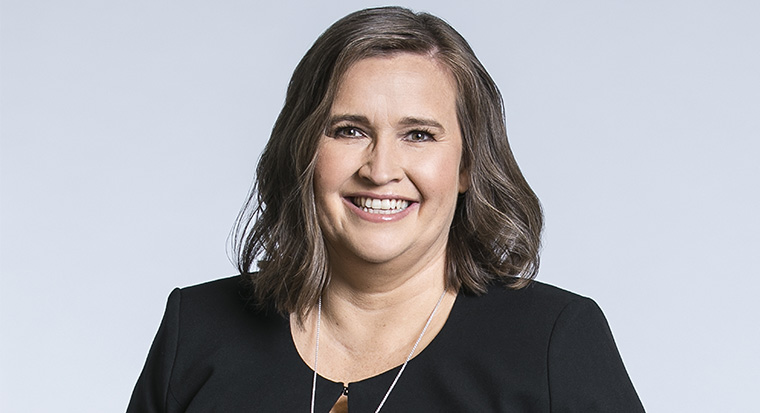 The latest research conducted by the Australian Human Rights Commission shows that sex discrimination and sexual harassment are persistent issues in workplaces across Australia[1], but Australia's Sex Discrimination Commissioner, Kate Jenkins, believes we have never been better positioned to drive meaningful change.

In 2018, Kate announced the National Inquiry into Sexual Harassment in Australian Workplaces to uncover some of the systemic issues at play, and inform government and organisations on how we can address them. Here, she shares about what, and how, we can do better.

As Kate explains, the corporate sector has come a significant way already, but there is more to be done in order to prevent sex discrimination and sexual harassment in Australian workplaces. “Most businesses recognise they have to have a policy, they have to do training and they have to have complaints procedure in order to comply with the law,” Kate says. “The reality is, having a clear policy is important, but the research shows it’s not sufficient to stop the conduct occurring,” she says.

Kate believes the me-too movement has acted as a wake-up call for business leaders to pay closer attention to the issue. “The voices of so many people speaking up about sexual harassment happening to them have shown us that sex discrimination is an everyday experience – not just something that happens every now and then,” she says. “There’s no question that there is a desire in business and workplaces at the moment to learn not just what we’ve been doing wrong, but what we can do better.”

Changing our business culture for the better

Kate says that in order to prevent sex discrimination and sexual harassment in Australia, we must go beyond good policy to address deeply embedded attitudinal and systemic barriers to gender equality. This includes taking a hard look at Australian business culture.

“There’s a culture of ‘getting on with it’ and ‘taking a joke’ that means many women are reluctant to make complaints about sex discrimination and harassment at work,” Kate shares. “My view is that organisations use complaints as a marker of whether they’ve got a problem but given we now know that less than one in five victims come forward, I think we need to stop focusing as much on response, and more on prevention,” she says. “Organisations need to start thinking about the risk factors that are leading to these situations and asking different questions to understand what’s going on.”

Kate’s work is heavily influenced by Change the Story, a framework prepared by Our Watch, VicHealth and ANROWS for the primary prevention of violence against women. “The model says we need to look at where we live, work, play and learn in order to really shake those attitudinal and systemic barriers,” explains Kate. “We need multiple reinforcing initiatives in high impact settings for change.”

In her time at the Australian Human Rights Commission, Kate has led numerous gender equality initiatives across such settings, including sport and education, with great success – and she believes similar results can be achieved in the business sector. “In September this year, the National Inquiry will publish a report providing recommendations for a new way forward for government and for organisations,” she says. “As part of this, we’ve been conducting consultations in major cities and regional centres across the country… we’re also doing global research to make sure we’re following best practice.”

Moving the dial together

She may be contributing a great deal as an individual, but Kate stresses that our collective effort is vital in order to address gender inequality – an issue that exists in all parts of our community. “This is not something that will be fixed by me alone, or by CEOs alone,” she says. “We all have a sphere of influence, whether it’s at home, on the weekend when you’re watching your kid play soccer, or at work – and we can all make a difference,” she says.

The Australian Human Rights Commission will release its report for the National Workplace Sexual Harassment Inquiry in the second half of 2019.

Commonwealth Bank does not tolerate sexual harassment in the workplace. We take this issue extremely seriously and have issued a waiver to enable any current or former Bank employee to make a submission to the Australian Human Rights Commission Inquiry. Any individual making such a submission should consider seeking the consent of any party to an agreement (other than CBA) before doing so.

In addition to our Workplace Conduct and other policies, we encourage our people to speak up about issues or conduct that concerns them and provide our people with various avenues to do so.

Things you should know: This information is intended to provide general information of an educational nature only. As this information has been prepared without considering your objectives, financial situation or needs, you should, before acting on this information, consider its appropriateness to your circumstances. Any opinions, views of contributors, conclusions or recommendations are reasonably held or made, based on the information available of compilation, but no representation or warranty, either expressed or implied, is made or provided as to the accuracy, reliability or completeness of any statement made in this information. The National Inquiry into Sexual Harassment in Australian Workplaces is being conducted pursuant to sections 11(1)(a), 11(1)(e), 11(1)(f), 11(1)(g), 11(1)(j), 11(1)(k) and 11(1)(p) of the Australian Human Rights Commission Act 1986 (Cth). Our Watch is a trademark registered by Our Watch Limited, VicHealth is a trademark registered by Victorian Health Promotion Foundation and ANROWS is a trademark registered by Australia's National Research Organisation For Women's Safety Limited, all registered in Australia. If you have a complaint in respect of this information, the Commonwealth Bank’s dispute resolution service can be accessed on 13 22 21 and http://commbank.com.au/support/compliments-and-complaints.html. Commonwealth Bank of Australia ABN 48 123 123 124 AFSL and Australian credit licence 234945.