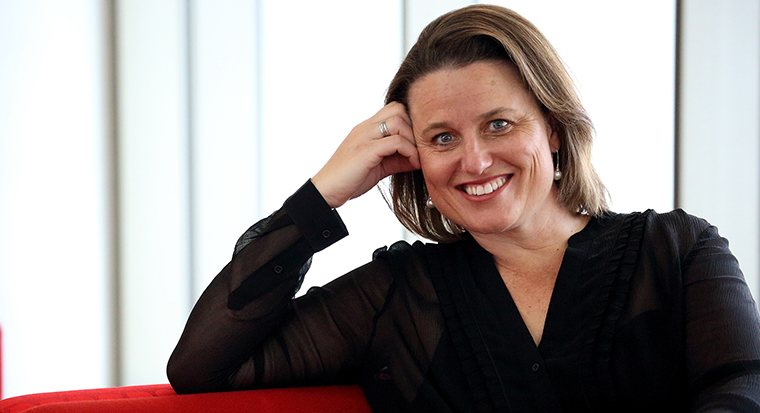 In order to empower women, it is essential that we highlight their successes. We spoke to leading company director, Dr Kirstin Ferguson, about how she is leading the charge.

Shining a light on the achievements and successes of women – not only in business, but in all walks of life – is essential if we are to achieve women’s empowerment worldwide. By becoming advocates, we can not only ensure that these women receive the recognition they deserve, but also support them to set a powerful example and lift other women up with them.

One woman who has witnessed this positive impact firsthand is leading Australian company director, public speaker and business leader, Dr Kirstin Ferguson – the mastermind behind the celebrated social media campaign, #CelebratingWomen. Kirstin, who sits on numerous ASX publicly listed, private company and not-for-profit boards as well as the board of the Australian Broadcasting Corporation, is also active on social media – and after scrolling through a Twitter feed full of negative posts about women while on holiday in January 2017, she decided to take action.

“I remember jumping out of my hammock and thinking, ‘Enough’,” she recalls. “Without really knowing what I was getting myself in for or whether it might just fizzle out in a day or two, I decided to try and make some positive noise online and celebrate the fact that every woman is a role model to someone else, whether they realise it or not.”

In an ambitious passion project, Kirstin committed to celebrating two women through her social media every single day of 2017, starting with her mother, Irene. By the end of that year, she had shared the inspiring stories of 757 women from 37 countries, in what she describes as “the most rewarding experience I have ever had.”

Kirstin believes that the act of celebrating women in diverse roles and communities can have a profound impact on women’s empowerment worldwide. “I think acknowledging and celebrating one another encourages others to do the same, and can create a groundswell of women supporting one another and helping show others what is possible,” she explains.

“Often, we underestimate the impact we have on those around us and downplay our successes. It is important for all of us to remind not only each other but also ourselves that whatever we might choose to do in life – whether in the home, the community, in paid employment or in all of the above – is important, meaningful and deserves celebration.”

Over the course of 2017, #CelebratingWomen generated a huge reach, leading Kirstin to be nominated for an Our Watch Walkley Award for best use of social media. When asked why the campaign resonated so powerfully, she says she believes it’s because it celebrated women from all walks of life. By taking this inclusive approach, she believes we can lift all women up together, as a collective.

“I think it's time to forget the old saying that a successful woman needs to send a ladder down to help other women climb up too,” she says. “Forget the ladder; it can only ever help one woman at a time. What I’ve learnt through #CelebratingWomen is that we can throw down a fishing net and together bring up many, many women at once.”

Challenging traditional ideas about leadership, Kirstin firmly believes that every single woman is a leader in her own way. “Every single one of us is a leader, regardless of our title or what it may say on our business card,” she says. “We all have the ability to influence others every day and we all have the ability to make choices that bring others along with you.”

Unsurprisingly, Kirstin has been publically recognised for her own ability to influence, having been awarded the 2018 Queensland Award for Excellence in Women’s Leadership. She has also previously been named as one of the Australian Financial Review's 100 Women of Influence. Living up to the title, she counts herself among the many women leaders loudly advocating for change and seeking to further women’s empowerment, both as a member of Chief Executive Women (whose shared vision is ‘women leaders enabling women leaders’) and as a mentor with Science & Technology Australia’s Superstars of STEM program. Kirstin is also the Chairman of the Women’s Agenda Leadership Awards, which recognises emerging female leaders across a range of fields.

With a book about the #CelebratingWomen campaign called Women Kind, published by Murdoch Books in September 2018[1], Kirstin couldn’t be more optimistic about the power of our collective to create a better world for women. “I think #CelebratingWomen showed the power of using social media for good,” she says. “There is a wave of change happening around the world, with women supporting women at the forefront of the movement.”