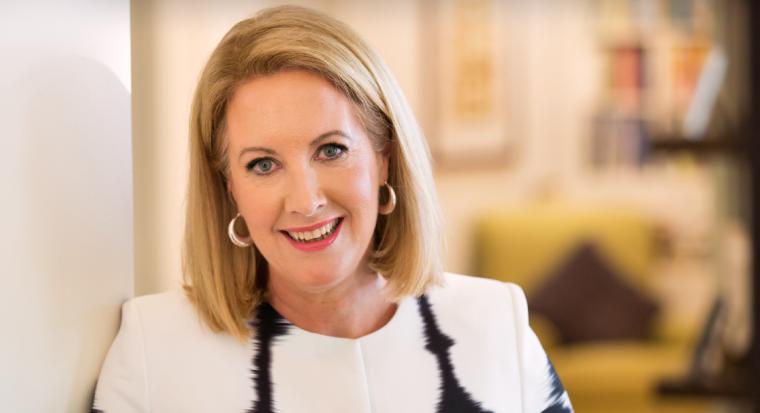 We sat down with two of Australia’s leading gender equality advocates and change agents, Elizabeth Broderick AO and Julie McKay, to discuss the levers to gender equality.

In order to achieve gender equality, there are three areas that require effort and dedication on both national and global levels.

“There are three key levers that will advance gender equality; the first is enhancing women’s economic empowerment, the second is giving women access to leadership opportunities and decision making, and the third is eliminating violence against women,” explains Julie McKay.

For Julie and Elizabeth, organisations play an essential role in addressing these levers and driving gender equality for all women.

“In order to address the imbalance that has existed for so long, we need to spend time and effort creating space for women – at the top of our companies, in our parliament, and in the leadership roles in our community organisations,” Julie says. This is where organisations can address the underrepresentation of women in leadership positions, through implementing strategies and setting long-term diversity and inclusion targets.

“When I started Male Champions of Change in 2010, it was because I realised that the closer women come to economic and political power, the greater the forces of exclusion are,” Elizabeth Broderick explains.

Male Champions of Change, a high-profile coalition of men of power and influence, aims to address gender inequality issues in organisations and communities by using the individual and collective influence and commitment of its influential male leaders to ensure the issue of women’s representation in leadership is elevated on the national agenda.

“Employers have a tremendously important role to play. Leaders can take steps to understand their gender balance. Where women aren’t thriving, consider why that’s the case. Call out sexism. Enable women to access flexible work as a fundamental right, not a favour; and never allow a woman’s pregnancy to jeopardise her place at work,” Elizabeth says.

Elizabeth believes that organisations should consider the underlying reasons behind the lack of women applicants in certain industries, as well as possible solutions. For example, if an organisation has a program that invests in their highest-potential workers, and most are men, what is happening in the selection process? If businesses are trying to get more women into leadership, but are not consistently seeing gender balance in their recruits, what steps can they take to improve the ratio? “Most leaders can uncover their own answers when they take the time to listen, learn and then prioritise action,” Elizabeth says.

In order to achieve gender equality, it is essential to eliminate violence against women. One of the key challenges of family violence awareness has been in changing perceptions around violence, dispelling myths surrounding stereotypes of families where violence exists, as well as the areas where violence occurs. The 2015 Australian of the Year, Rosie Batty, has driven much of this conversation, through her tireless advocacy and awareness work focused on sharing that family violence can happen to anyone.

“Violence against women is being dragged out of the shadows, from behind closed doors. What was once considered a private matter has now emerged into something that is everyone’s business. We are seeing it move into the public sphere with increased public scrutiny,” Elizabeth says.

“We know that when women have greater economic independence and economic security they are more likely to leave violent relationships; they’re more likely to have options and access to services and support… in countries where women make up more of the leadership roles – where women are more widely accepted as equals and as leaders – violence rates are not necessarily as high,” Julie explains.

Family violence is a workplace issue

Elizabeth is strongly committed to encouraging workplaces to realise that they have a vital role to play in eliminating violence against women. In November 2014, she invited two powerful survivor activists, Rosie Batty and Kristy McKellar, to speak to the Male Champions of Change about domestic and family violence; she believes that when people listen to and learn from powerful advocates, they can’t help but be moved to action.

In November 2015, the Male Champions of Change wrote Playing Our Part, a letter to all ASX-listed companies about what they had learned about domestic and family violence, and what actions leaders could take to reduce its prevalence and impact. Fast forward to now, and Elizabeth is pleased to see more and more leaders recognise domestic and family violence as a workplace issue.

“I remind myself often that we have made tangible progress in the last decade,” Elizabeth says. Australia now has a paid parental leave scheme. Women account for 26.2% of board positions, up from 8.3% in 2009, according to Australian Institute of Company Directors (AICD) Board Diversity statistics1. The ASX Corporate Governance Principles mean companies need to be transparent on how they are addressing diversity and stock exchanges around the world. There is an increasing awareness of, and action on, domestic and family violence as a workplace issue. And influential men are now stepping up beside women to advocate for change.

“For so long, women have advocated alone for change, for what is actually a shared economic and societal issue. To make progress, we need every single one of us to advocate for a gender equal world,” says Elizabeth.

Of course, getting men to step up their leadership needed to be done within a feminist framework, but Elizabeth also knew that men had a role to play in creating a more gender equal world. “When I look at the role men have played in shaping the conversation, moving towards a solution that disrupts the system, rather than ‘fixing women’, within their organisation and across the nation, I am inspired.”

To continue gathering momentum for change, Elizabeth believes that we need governments, organisations and individuals to work together. “I think all of us can make a difference, in our own sphere of influence. It’s often the everyday connections and decisions that make the difference. I strongly believe that all of us have the potential to be agents for change.”

1 AICD tracks new appointments to the ASX 200 on a monthly basis. The constituents of the ASX 200 are based on the June 2017 Quarterly Rebalance of the S&P/ASX Indices.

Things you should know: This information is intended to provide general information of an educational nature only. As this information has been prepared without considering your objectives, financial situation or needs, you should, before acting on this information, consider its appropriateness to your circumstances. Any opinions, views of contributors, conclusions or recommendations are reasonably held or made, based on the information available of compilation, but no representation or warranty, either expressed or implied, is made or provided as to the accuracy, reliability or completeness of any statement made in this information. Male Champions of Change is a trademark registered by Male Champions of Change Limited, Australian Institute of Company Directors (ACID) is a trademark registered by Australian Institute of Company Directors and PWC is registered by PwC Business Trust, all registered in Australia. If you have a complaint in respect of this information, the Commonwealth Bank’s dispute resolution service can be accessed on 13 22 21. Commonwealth Bank of Australia ABN 48 123 123 124 AFSL and Australian credit licence 234945.