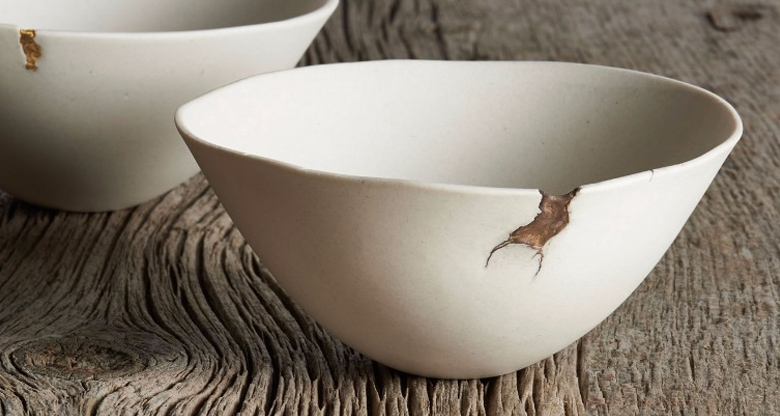 For many women in business, being a perfectionist is synonymous with success. But scientific research (University College London, 2017)1 suggests that perfection isn’t necessarily all it’s cracked up to be. In fact, vulnerability and imperfection may be two of our greatest assets.

Adam Ferrier, Founder of creative agency, THINKERBELL, champions those flaws, defects and weaknesses that make us human – and translates them into profit.

“THINKERBELL is all about bringing together marketing science and brilliant ideas to create evidence-based creativity, or as we call it, ‘measured magic’,” Adam explains.

And the latest marketing science suggests that we are attracted to businesses, brands and people who are brave enough to be vulnerable and imperfect, making these perceived ‘negative’ attributes powerful marketing tools.

Are your ‘strengths’ really that strong?

As Adam explains, authenticity can go a long way to helping brands resonate with their consumers. The problem is that rather than striving to present a true and authentic self, many brands focus instead on telling stories about their perceived strengths.

This means that “lots of categories across lots of different brands are saying very similar things to one another,” says Adam.

For example, beer companies commonly describe product as being refreshing, or having a crisp, clean taste. Similarly, car companies often talk about marrying style and performance.

The end result? Consumers have become desensitised to this predictable, safe storytelling.

The power of amplifying your weakness

For Adam, vulnerability is the key to cutting through the white noise. Speaking at the Women in Focus Conference 2017, the marketing wiz demonstrated the new approach by opening with a self-deprecating character summary, shamelessly sharing many of his personal flaws to the surprise and delight of his audience.

This is partly driven by pop culture. Take the fictional superhero Batman, for example. “There’s one thing that sets Batman apart from the rest, and that is that he doesn’t have traditional superpowers,” Adam says.

Instead, Batman gets his power from his mind – from his supposed weakness. “He had a fear of bats his entire life, so what he chose to do was embrace his weakness and embrace his biggest fear,” Adam says.

“Not only did he embrace it, he amplified it to the world and said, ‘I’m Batman’.”

As well as Batman, Adam lists yin and yang, (a fundamental concept in Chinese philosophy where two opposing forces coming together to create a greater whole) and wabi-sabi (a world view in traditional Japanese aesthetics centered on the acceptance of transience and imperfection) as two other examples of the beauty and strength in imperfection.

The science behind the theory

For Adam, marketing science and psychology are crucial drivers of his agency’s creative approach.

In his enlightening Conference presentation, he pointed to the Pratfall effect – the tendency for attractiveness to increase after observing a mistake in an individual – which was first observed in a psychological study (Psychonomic Science, 1966)2 in the 1960s.

It essentially shows that by “embracing your weaknesses and showing your vulnerability, people will like you more and think you’re more confident,” Adam says.

Human beings also have an inbuilt negativity bias, with scientific studies showing that things of a more negative nature (e.g. unpleasant thoughts, emotions, or social interactions; harmful/traumatic events) have a greater effect on one's psychological state and processes than do neutral or positive things.

This means that “when we see negative stuff, we tend to stress and react and look at it,” says Adam. We lock it in our memory and code it at a deeper level.”

Positive experiences, on the other hand, have less impact. “They’re more expected and more normal, and therefore we kind of ignore them,” Adam says.

Oh, and here’s a pearler: “If you have a particular feature that’s quite ugly, and you’re quite self-conscious about it, you should be – because scientific research3 (Friedrich Schiller University Jena, 2013) suggests it’s how people remember you. So you should just embrace it.”

Unfortunately though, “marketing, brands and business people find it really hard to accept this about themselves.”

So just how effective can amplifying our weaknesses be, in a marketing sense? Well, as Adam explains, it all hinges on the particular weaknesses we choose to amplify.

“Put a purposeful flaw into something… but just make sure the weakness is not against the actual proposition that people are buying into,” Adam says.

“For example, if you’re an airline, don’t talk about the fact that your planes aren’t dependable… do it to something peripheral,” he says.

If we can dial up some of these less-than-perfect themes in marketing and communications in a peripheral context, Adam is confident that consumers will start to respond.

“Your brands will have more authenticity and people will start to reach towards them a bit more,” he says.

The big takeaway? You may not need to strive for absolute perfection in everything that you do – rather, it’s the genuineness and authenticity that you bring to the table that really counts.

Life coach Kemi Nekvapil shares how you can build your sense of worthiness, simply through the act of asking.

This article is intended to provide general information of an educational nature only. As this information has been prepared without considering your objectives, financial situation or needs, you should, before acting on this information, consider its appropriateness to your circumstances. Any opinions, views of contributors, conclusions or recommendations are reasonably held or made, based on the information available of compilation, but no representation or warranty, either expressed or implied, is made or provided as to the accuracy, reliability or completeness of any statement made in this information. If you have a complaint in respect of this information, the Commonwealth Bank’s dispute resolution service can be accessed on 13 22 21. Commonwealth Bank of Australia ABN 48 123 123 124 AFSL and Australian credit licence 234945