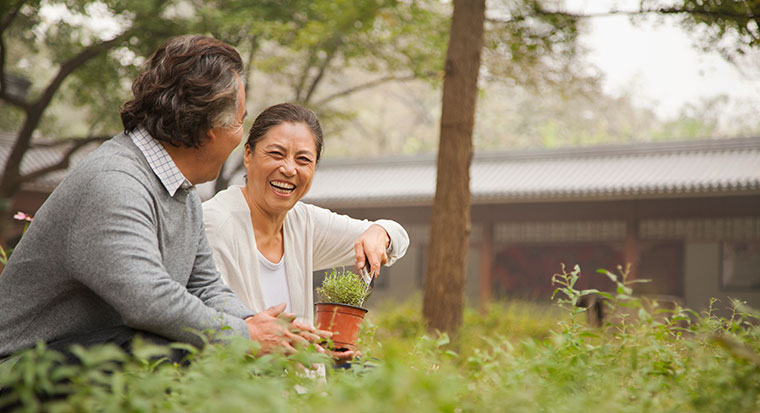 Superannuation is not automatically part of your personal estate, so planning that delivers the desired outcomes can be challenging, especially when combined with an SMSF.

With the divorce rate approaching 40% and the median length of a marriage being 12 years1, blended and step families are a significant social segment.

The blending of new partners, existing children and the routines of shared custody are challenging enough, but the implementation of estate planning that delivers the desired outcomes can be challenging, especially when combined with an SMSF.

One key challenge can come from the fact that superannuation is not automatically part of your personal estate and therefore can’t be provided for in your will unless your superannuation is paid to your legal personal representative upon death. Also, a death benefit can only be paid directly by your fund to your dependants, in most cases your spouse or children. The definition of spouse includes someone with whom you’re in a defacto relationship registered under a state or territory law, and someone who you live with on a genuine domestic basis as a couple.

Personal estate - consider a mutual will

Consider the common occurrence of a husband and wife in their second marriage each with children of their own from their first marriage. Each wants to provide for the other in the event that one of them dies and so joint assets, such as the family home, are available for the lifetime use of the survivor with the proceeds of the assets to then be split among the children.

If the surviving spouse meets a new partner, or there is disharmony between them and the children of the deceased, one safety mechanism to enable the original intent to be observed is the creation of mutual wills.

The survivor cannot change the conditions of the will after the first partner dies and this can be enforced by the beneficiaries under the original will.

The key challenges of mutual wills involve anticipating the circumstances that can reduce their effectiveness or unfairly disadvantage the survivor. Examples of this might be depleting assets, or not allowing the sale of the family home.

Your SMSF - other considerations

As noted above, your super must be handled separately to your personal property. In addition, there are a number of other considerations:

A binding death benefit nomination (BDBN) can help bring greater certainty in the allocation of death benefits from an SMSF.

A BDBN is a legal document that binds the trustee to pay the death benefits in the way described in the document. Ensuring the BDBN is valid and executed as per the terms of the trust deed is critical in making sure the nomination is effective and cannot be disputed. If a BDBN is deemed to be invalid, the fund’s default provisions will apply, which could include the SMSF trustee deciding on the disbursement of benefits.

What needs to be done?

(i) The percentage allocations add up to 100%

It is highly recommended to use an adviser who has recognised expertise in this area to be sure you are aware of all the regulations and requirements.

What you should be aware of

As a general rule, get your trust deed reviewed to make sure it allows you to implement your BDBN. Some of the items that could be concerns are:

(iii) Make sure you confirm whether the BDBN is non-lapsing in the trust deed. If not, and you want a non-lapsing nomination, consider changing the deed

(v) Does the trust deed require an “approved form” or a form “approved by the trustee”. It may be easier to amend the deed to provide clarity

(vii) Does the deed require trustee “acknowledgement” for the BDBN to be valid? If so, what are the conditions and what record keeping is required to substantiate this has occurred?

(viii) Ensure that the deed does not allow the trustee discretion to pay death benefits that will override the BDBN. To be effective, this clause will need to be removed

Some further things to consider when creating a binding BDBN:

The introduction of the transfer balance cap limits the amount of a member’s death benefit that their spouse can receive as an income stream (noting that this can often be maximised by the surviving spouse rolling their retirement phase income streams back to accumulation phase), and the effective amount that can be received as an income stream may change significantly from the time a death benefit nomination is put in place to the time of death.

Because of this, it may be necessary to consider the following when putting in place binding death benefit nominations:

A “cascading” succession of nominees is a consideration, in case the primary nominee fails to survive the fund member or fails to remain an eligible recipient of the death benefit.

Having successive nominations ensures the member’s superannuation death benefit does not become subject to the discretion of the fund trustee.

Established at the time of your death, a Testamentary Trust holds the inheritance on behalf of the beneficiary. If the inheritance is properly established and held, it is less likely to be subject to a Family Court directed asset split in the event of a relationship break down.

Any beneficiaries who are minors are treated as adults for tax purposes and have access to the full adult tax-free threshold and marginal tax rates, rather than face penalty rates otherwise payable by minors.

While there is no obligation to maintain the Testamentary Trust, it provides the option for the beneficiary to do so to protect assets into the future.

Other options to consider

Removal of lump sums before death

If you’re diagnosed with a terminal illness, you can generally withdraw your super as a tax-free lump sum, and you can give any funds you withdraw to anyone you choose before you die.

By converting the SMSF to an Australian Prudential Regulation Authority (APRA) fund on death, an independent trustee is appointed to administer the fund. This option can also be useful where one trustee has been the main decision maker and the other trustees do not wish to carry on the role of trustee but wish to keep some flexibility of investments. Some of the drawbacks can include the inability for the APRA fund to accept some assets, the cost of administration and the ability to roll out of the APRA fund back into another SMSF.

For SMSFs and families with a high likelihood of dispute in the event of death, one strategy may be the creation of separate SMSFs for each spouse. Separate SMSFs allow each spouse to implement respective strategies that effectively separates the blended family’s interest. Implemented correctly, it allows greater certainty in distributing death benefits and limits inherent conflict and the risk that documents are ignored and have to be taken through the law courts.

It is possible to place special clauses in the trust deed to limit what can happen with benefit payments, who will have control post death, limitations on drawings and beneficiaries.

Some of the risks of bespoke deeds can include the risk of a later trust deed update deleting the bespoke conditions, or the clients situation changing and the limitations no longer being appropriate.

The necessity of advice – it’s a team effort

Consider using professional advisers - including your solicitor, SMSF expert and accountant - to review and align the key documentation to deliver the desired outcome. This is one area that is best not “self-managed”.

2 Where an eligible child does receive a death benefit income stream, they must generally cash out any remaining balance as a tax-free lump sum by age 25, unless they remain disabled.

This article is intended to provide general information of an educational nature only. It does not have regard to the financial situation or needs of any reader and must not be relied upon as financial product advice. Past performance is not an indication of future performance. Investors should consult a range of resources, and if necessary, seek professional advice, before making investment decisions in regard to their objectives, financial and taxation situations and needs because these have not been taken into account. Taxation considerations are general and based on present taxation laws and may be subject to change. You should seek independent, professional tax advice before making any decision based on this information.

Commonwealth Financial Planners are representatives of Commonwealth Financial Planning Pty Ltd ABN 65 003 900 169 AFSL 231139 a wholly owned but non-guaranteed subsidiary of the Commonwealth Bank of Australia ABN 48 123 123 124 (the Bank). While potential SMSF investments have been illustrated within this content they do not represent a comprehensive suite of possible investment products and services within the guidelines pursuant to the SIS Act 1993 with ATO oversight.