Seeing Red instead of Ladies in Black

Seeing Red instead of Ladies in Black

A few months ago, in Melbourne, I went to see the musical ‘Ladies in Black’, written by Split Enz founder Tim Finn. Set in the 1950s, it tells the story of life in the fashionable (and fictitious) department store FG Goode’s. Ladies in bubblegum-coloured dresses inspired by Dior’s New Look flock to Goodes for a new outfit. They are so pleased with their experience that the opening song’s chorus is ‘I got it … at Goodes’. It’s a testament to the quality of the service and the product, embodied in the brand.

But the show isn’t about the customers; it’s about the staff. Lisa has joined the store instead of going to university. She’s not happy. It’s not what she planned. She thinks she can do better than working in a shop. This all changes when she meets Magda, an older lady who loves the product she sells, understands what her customers want and shows Lisa what a skilled job Retail Sales really is.

Shortly afterwards, I was on London’s bustling Oxford Street trying to purchase some UK SIM cards. The service would not have passed the Goodes test, taking 45 minutes and including multiple hand offs.

I know, a SIM card is a long way from a designer dress bought from a fictitious top-end department store. But is there really a difference?  Both boil down to a person, looking to buy something. Sure there’s a lot less emotion in buying a SIM card, but maybe that means the service needs to be better. To compensate.

When I thought about my experience in London I realised that process had replaced discretion and, perhaps as a result, the staff had become disinterested.

Why does this matter? Well, if you believe the store is dead, it doesn’t. But that’s not what the research shows and it’s not what I believe.  In fact, I believe the opposite. As non-emotional, routine purchases move online, perhaps fulfilled automatically, the store becomes a place of customer service, experience and emotion.

Convoluted processes and disinterested sales staff won’t cut it in the future. When theatre is the thing, you need actors. Actors who are fanatical about what they sell. Actors who care about you, the customer. Actors who aren’t acting, because they love and believe in what they are doing.

Some companies are stepping up to the challenge. For example, John Lewis, the UK-based department store, is sending recruits at its new Oxford store to acting school. There they’ll learn vocal techniques, presence and confidence in their role as concierge. It’s not Disney, but it’s definitely a step in the right direction from one of the UK’s finest retailers.

For more information on our Retail Insights visit commbank.com.au/retailinsights 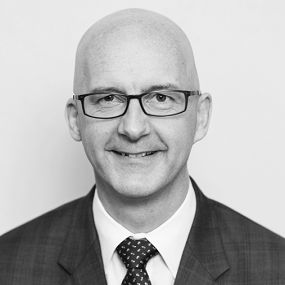 Things you should know: This blog is published solely for information purposes. As this blog has been prepared without considering your objectives, financial situation or needs, you should, before acting on the information in this blog, consider its appropriateness to your circumstances and if necessary seek the appropriate professional advice. Any opinions, views of contributors, conclusions or recommendations are reasonably held or made, based on the information available at the time of the blog. Compilation, but no representation or warranty, either expressed or implied, is made or provided as to the accuracy, reliability or completeness of any statement made in this blog. Commonwealth Bank of Australia ABN 48 123 123 124 AFSL and Australian credit licence 234 945.