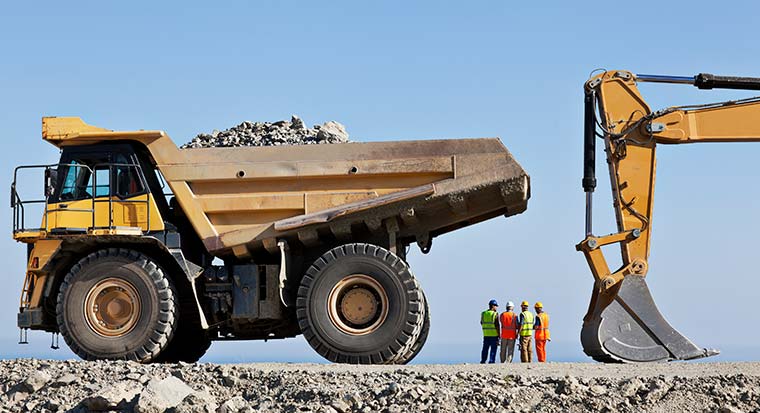 Gold miners and infant milk formula producers were among the highest performers on the ASX 200, which lost 4% overall for the 2016 financial year.

St Barbara, Regis Resources and Bellamy's made the top five, while the bottom five were a mixed bunch, including Mesoblast and Origin Energy.

Australia’s benchmark S&P/ASX 200 Index fell 4.13% in the 2016 financial year (FY16) to 5,233.375, as the recent increases from March to May weren’t sufficient to compensate for the massive selloffs seen last August and at the start of this calendar year.

Here's a recap of share markets and commodities for FY16 as at the June 30 close:

Shares in ASX 200 energy companies had the steepest decline in FY16 due to lower oil prices, but Australian gold miners chalked up gains as the price of the precious metal climbed.

The healthcare sector had the biggest rise of 19%, followed by utilities, up 18%, while the energy sector was down 25% and financials fell by around 9%.

While shareholders of gold producer St Barbara grew their money by more than 400% over a year, those holding stocks in biotech Mesoblast saw the share price fall just more than 70% in the same period.

Pacific Brands (ASX: PBG), which makes Bonds underwear and Sheridan sheets, would have been in the list of top five stocks but it was delisted from the ASX 200 on June 28. The stock was up 257.81% over the year to $1.05 at the close on June 28, largely due to a cash takeover offer by US clothing giant HanesBrands in April.

Below are the best- and worst-performing ASX 200 stocks in FY16, according to data compiled by Bloomberg.

One of the milestones for Western Australia-focused St Barbara (ASX: SBM) in the past year was getting entry into the ASX 200 index in March.

An admission to the benchmark stock gauge often attracts buying from investors, especially some fund managers who are required to invest only in larger stocks and funds that track the performance of the ASX 200.

Strong operations helped St Barbara deliver a statutory profit of $77m in the six months to December 31, reversing a $20m loss in the prior year.

Meanwhile, the spot price of gold advanced 12.21% over the past year, according to Bloomberg data, as investors switched to assets perceived as safe havens when global markets experienced volatility.

The strength in the company’s share price was supported by positive developments at its Thunderbox and Carosue Dam mining operations in Western Australia.

The project, which was delivered ahead of schedule and under budget, achieved positive cash flow and allowed the group to double its output to about 300,000 ounces a year, Saracen said.

The company stated in May that it remained debt-free, as all of the development activities at Thunderbox were funded by internal cash generated by the Carosue Dam project, which is on track to meet FY16 and FY17 output and cost targets.

For the first six months ended December 31, Saracen’s profit more than doubled from a year ago due to higher production at record low costs.

Regis Resources (ASX: RRL), along with its peers, rallied as gold prices rose.

The Western Australian gold producer kicked off FY16 with a series of significant initiatives, including a purchase of a gold deposit and an exploration joint venture with Duketon Mining (ASX: DKM).

Regis Resources returned to the black in FY15, while a stronger cash position and a positive outlook allowed the group to resume paying dividends during the past year.

In addition, it began last August to buy back its own shares from the open market, which may have partly supported the stock price growth.

The miner said in April its cash and bullion at the end of March grew 8.3% from December, while gold production for the three months to March marked the fourth consecutive quarter of higher output, at a cost below the lower end of its guidance.

The a2 Milk Company

From a group revenue forecast of NZ$267m at the start of FY16, the infant formula maker subsequently lifted the projection in November, December, February and most recently June, now expecting the figure to be in the range of NZ$350m to NZ$360m.

Estimated group operating earnings before interest, tax, depreciation and amortisation (EBITDA) was raised to between NZ$52m and NZ$54m, compared with the earliest forecast of NZ$12m.

The company, which was listed on the ASX in March 2015 and entered the ASX 200 on June 17, has seen robust sales in New Zealand, Australia and China that boosted its first-half net profit.

Bellamy’s Australia (ASX: BAL), which became a member of the ASX 200 in March, also profited from robust demand from China for its infant milk formula.

Strong domestic and export sales boosted the Tasmania-based company’s FY15 net profit and revenue by more than 600% and 150%, respectively.

The earnings momentum continued into the first half of FY16, when its net profit jumped 325% from the same period a year earlier.

Bellamy’s announced several partnerships in the past year including a five-year manufacturing deal with Fonterra Australia and a six-year ingredient supply agreement with Bega Cheese.

Here are the five stocks sitting at the bottom of the ASX 200 ladder:

ASX 200: Which sectors are analysts watching for FY17?

This article is intended to provide general information of an educational nature only. It does not have regard to the financial situation or needs of any reader and must not be relied upon as financial product advice. Past performance is not an indication of future performance. Commonwealth Securities Limited ABN 60 067 254 399 AFSL 238814 (CommSec) is a wholly owned but non-guaranteed subsidiary of the Commonwealth Bank of Australia ABN 48 123 123 124 AFSL 234945 and a Participant of the ASX Group and Chi-X Australia.