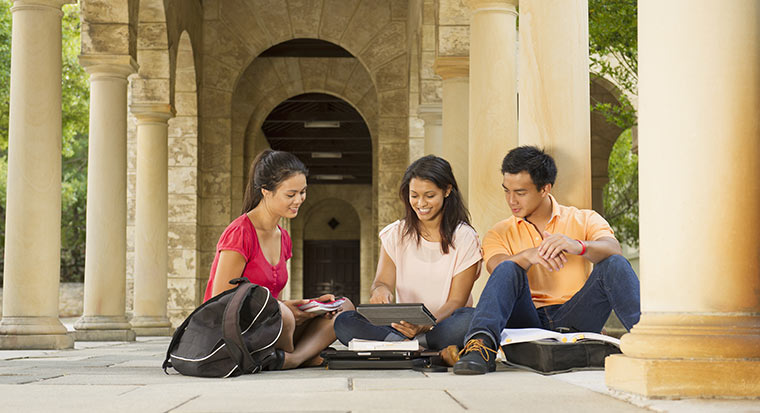 Technology is creating "disruption" in almost all industries and traditional retailers are having to develop new strategies to boost sales and revenue and retain market share.

Big department stores are focusing on better customer service, streamlining the range of brands they offer and closing stores as ecommerce builds momentum in Australia.

"It doesn’t matter whether you are buying running shoes, booking hotel rooms or wanting to study at university, the options are global rather than local."

Monthly consumer confidence figures jumped 8.5% in May to the highest level since January 2014. This was a turnaround from a 4% slide in April and the index is now up 0.8% on a year ago, according to CommSec.

Confident consumers might be more inclined to spend more, especially on major items, but the past few weeks have been notable for a volatile Australian dollar, a Federal Budget, the announcement of a Federal election date and the Reserve Bank of Australia (RBA) cutting the cash rate to a record low 1.75% and reducing its forecasts for inflation.

"Some economists had suggested rates could fall from 2% – but only because they thought the economy would soften. Rather, the economy is poised to strengthen further rather than weaken. Australian economic growth is a world-leading 3%; unemployment is at 2½-year lows; dwelling starts are at record highs as are car sales and tourist arrivals; and business conditions are at eight-year highs in trend terms," James noted.

These new inflationary times have implications for investors, he said. "Returns on investments will ratchet lower; borrowing rates will stay near record lows; the Budget will take longer to get into surplus; and people are more likely to stay in the workforce for a longer time."

Businesses would love to be able to lift prices, if and when required, without the fear of losing market share. But pricing power has been evaporating with advances in technology, innovation and globalisation.

"This has caused some businesses to focus more on differentiating their offering as well as other non-price methods of competition," said James.

Traditional retailers are coming under increasing pressure to monetise their property portfolios.

Macy's, the largest US department store company, has had five straight quarters of declining revenue. It's evaluating proposals for joint ventures with a view to selling parts of its flagship Manhattan, San Francisco, Chicago and Minneapolis stores, as well as mall-based properties.

In Australia, the Myer family company has put its one-third stake in its department store property, Myer Melbourne, up for sale. Total sales at Myer (ASX: MYR) in the April quarter were up 2.1% to $675.5m and same-store sales growth accelerated to 3.4% in the three months to April 23.

But at the launch of its $600m turnaround strategy in September, Myer chief executive Richard Umbers said the company would focus its investment on premium or flagship stores in the network, which accounted for just 23 of the 67 stores at that time.

Westfield shopping centres owner Scentre Group (ASX: SCG) said in February it would consider opportunities to expand its footprint after South Africa's Woolworths Holdings put the David Jones' landmark Market Street store in Sydney on the market as part of its ongoing restructure of the department store business.

However, Westfield Corporation (ASX: WFD) announced mixed third-quarter results, reporting flat specialty retail sales for the quarter, but a 4.4% rise in the year to March.

Technology companies, such as online retail giant Amazon, are gearing up for a major push into Australia.

Mr Buffett warned shareholders that Amazon was set to disrupt more businesses as it expands.

"Amazon has a real advantage in its intense focus on having hundreds of millions of generally very happy customers, getting very quick delivery," Mr Buffett said.

"If I owned a bunch of shopping malls or something like that, I would be thinking plenty hard about what they looked like 10 or 20 years from now."

What are the ways to invest in shares?