Promoted on parental leave: good people are worth the wait

Good people are worth the wait 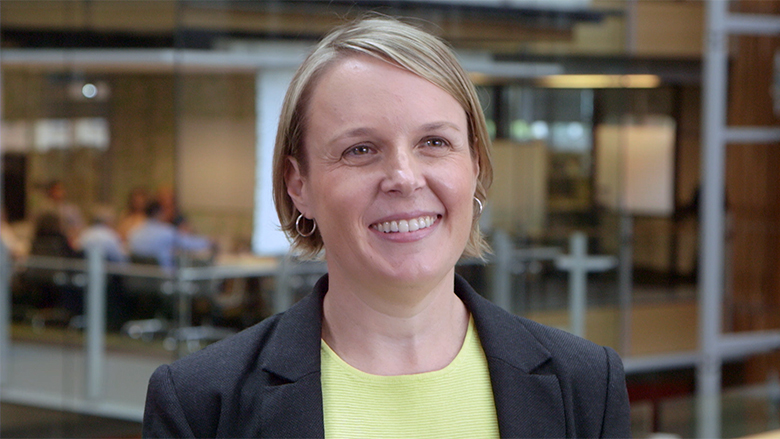 For many women, the effect on career is one of the most significant considerations in decisions about starting or extending a family.

To say starting a family changes everything is probably an understatement. Our homes, cars and even the food we eat all often need adjusting when kids come along.

Even more importantly, the way we use our time also undergoes a profound shift with the arrival of kids in our lives. And for many of us, that means careers are also affected.

Workplace attitudes to work and parenthood have moved a long way for both men and women in recent years. The proportion of women of Australian women aged 15 to 64 that are either in work or looking for work is at a record high of 73 per cent.

“More women are in the workforce than ever before and the female wage continues to rise at a faster rate than the male wage – a trend in place for three years now,” CommSec chief economist Craig James reported in February.

And so for many women, the effect on career is one of the most significant considerations in decisions about starting or extending a family.

Commonwealth Bank general manager, deposits, Nikki Graham, says many women she knows express the same concerns. “It’s a definite fear,” she says. “It’s a very real fear of most working women I know: ‘What’s going to happen to my career?’.”

Nikki says the women she speaks to worry that taking time out from work will mean they’re “out of sight and out of mind” and that they’ll have to “start the clock again” on their careers when they return.

Taking a broad view across Australian workplaces, those fears aren’t without foundation. According to a 2014 study by the Australian Human Rights Commission (AHRC), almost one in two (49 per cent) of mothers reported experiencing discrimination in the workplace at some point during pregnancy, parental leave or on return to work.

But Nikki says her experience at Commonwealth Bank couldn’t have been more different.

In fact, she was promoted to one of the most senior positions within CBA’s retail operations while on parental leave after the birth of her daughter Sophie.

Nikki says going from one general manager position to another, her nominal title didn’t change greatly. But the responsibilities were a huge step up. She went from having a team of 12 to more than 40, taking up one of the most senior general manager roles in the bank, based on the size of the product line.

She says lots of women she speaks to at Commonwealth Bank, including those in her own team, find inspiration in her situation. “I’ve had quite a lot of feedback about it,” she says.

Lots of people ask for advice.

“The constant thing I hear is the fear of “out of sight, out of mind,” Nikki says. “The woman I met up with this morning is an incredibly talented senior manager on the cusp of becoming an executive manager.

“She was asking, ‘Do I have to start again when I come back? If an EM job comes up, should I come back early and take the opportunity? I don’t want to miss out’.

“That was exactly the thinking that I had to do, but I was very strong on taking my full parental leave period that I had originally planned, because I’d only get this time with my bub once.

“Having a supportive manager who was willing to accommodate that was fantastic.”

The support of the manager that hired her for the new position, executive general manager retail products, Clive van Horen, was critical to keeping her career on track while she took time off to be with Sophie, Nikki says.

But the career move was also something she’d been working towards.

“He knew my desire to move into this product line well before the opportunity arose. It was in my development plan and we’d be working towards it.

Clive was also able to take a long-term view, she says.

“He knew that needing to wait for four months until I got back wasn’t ideal, but the long term benefit of having the right person in the right role was worth it.

“As leaders, we share information about relevant vacancies with team members while they’re on parental leave, and our leadership development programs are also open to them while they’re on leave.”

Sponsorship networks are incredibly important for women planning to take a break, Nikki says. “Sponsors are people who know you and can vouch for you… Essentially they’re the people that will pick up the phone and say Nikki is the right person for this job.

“It’s about making sure that you use that network that you’ve built throughout your career.”

But while sponsorship was very important, crucially, Nikki also backed herself for the challenging new role.

Nikki acknowledges that women can struggle with the idea that they have earned and deserve advancement, let alone having it happen during a career break for family. It was something she also wrestled with.

“I really struggled with that. I almost felt like I didn’t deserve it, that it would be too much of an impost on the business, with the team having to go through another change before I was back on board.

“But there was that moment of having to really take a step back and say, it’s something I’ve earned and I should be proud of that.

But intending mums can also take steps to make sure they’re not out of sight and out of mind while they’re on leave.

Nikki says she told her aspiring executive manager to make sure she was reaching out to the right people at the right time and that she had her sponsor network set up in advance, “so that when the talent review and role come up, she’ll still be front of mind”.

Nikki says that since returning to work in August, she’s been able to work with a flexibility that has been fantastic. “One thing that really helped me was that my husband took parental leave when I came back to work. I took nine months off and then he took three months off in that first year.

Nikki also works from home on Wednesdays. “That means I can spend a bit of time with my daughter in the morning, before she goes off to daycare. I can also pick her up a bit earlier... It makes a huge difference to the way our household operates.

“I leave work just before five so I can pick her up, and then we do playtime, bathtime and then bedtime. I can log back on once that’s all done. So it’s the flexibility in not just the hours that I work, but in the ways that I work.

“And my team knows that now. They know that I’m out the door by five and that if they need something, I’ll be back online later or that they can call me.

But like all working parents, Nikki acknowledges that balancing work and family still presents plenty of challenges.

“It’s a very challenging role, but I love it. It’s exactly the type of role that I thrive in: lots of challenges, lots of different levers that we have to pull. It’s pretty intense at times but I feel like I still have a good balance to be able to spend time with my daughter, doing drop off and pick up every day. We can do bath time together and then I can think about work once she’s tucked up in bed.”